Traditional farming brings prosperity to many despite pandemic

Firozpur, Punjab: While the stereotypical farmer will complain of infertile land, water scarcity and low yield, there are sections of farmers who are at a happy place because of following traditional agricultural practices.

According to the Food and Agriculture Organization of the United Nations, the contribution of agriculture, forestry and other land use is about 21% in the total global emission of greenhouse gases. According to a study, high productivity, biodiversity conservation, low energy inputs and climate change mitigation are some of the salient features of the traditional agriculture systems.

The modern techniques of agriculture have excessive dependence on chemicals additives, which deteriorate the soil quality and also harm water bodies. Experts say even switching to crops like millet from paddy can have a positive impact on the environment. According to the International Crops Research Institute for the Semi-Arid Tropics, about 4,000 litres of water is needed to produce one kilogramme of rice, while indigenous crops like millet require only a small fraction of that.

Hence, these practices have the potential for enhancing crop productivity and mitigating climate change, he added.

No fertilisers or chemicals

The Bishnoi community in Bazidpur Bhoma, Abohar Tehsil, of Firozpur district of Punjab has been able to maintain underground water levels. It allows farmers to cultivate their traditional rice crop once a year, without creating stress on the water bodies, despite the area being a dry zone.

The members of the Bishnoi community, originally from Hanumangarh district of Rajasthan, are informally known as India’s first environmentalists. They are the ones who had heralded the Chipko movement. The community follows a set of rules, which include a ban on killing animals and felling green trees, and providing protection to all life forms. 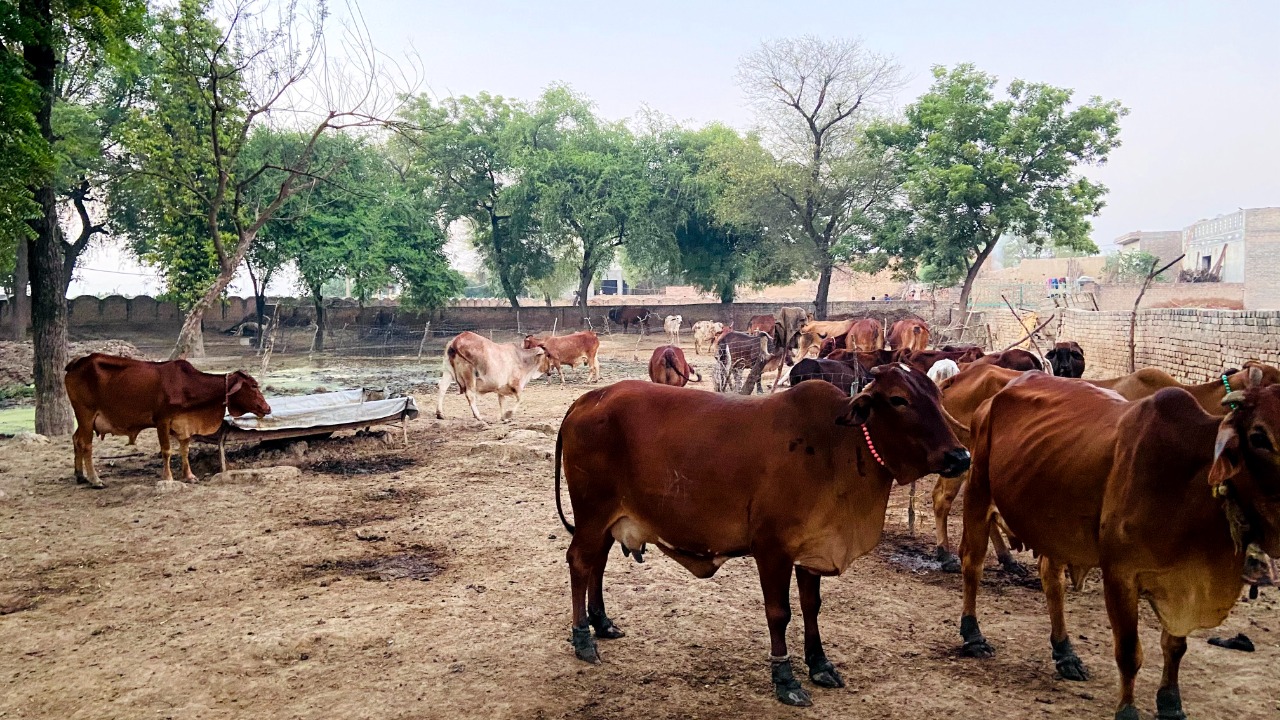 A native Cow breeding Center in Bazidpur Bhoma operated by the Banjara community members who are now residents of the village. Credits: Mukul Deep Singh

The self-sustainability of the community is quite in contrast with other regions of Punjab and the neighbouring state Haryana, which shifted to Bt cotton and wheat-paddy cultivation cycle from their traditional crops such as maize, pearl millet, pulses and oilseeds during the 1970s and 1980s during the Green Revolution.

Puneet Punia, who worked as a software engineer, returned to his village during the lockdown. He stated that most of these indigenous varieties of crops grown in the area are conducive to the soil and the dry arid climate and it grows with minimal intervention of irrigation and chemical fertilisers. The practice of multicropping and intercropping nourish the soil, he added.

Moong (green gram), which has a crop cycle of two-three months, can tolerate dryland conditions, and it prepares the soil for kinnow (mandarin), one of the biggest exports of Punjab, by fixing the nitrogen content in the soil, he explained.

The residents braved lockdown using traditional agricultural practices and even the small and marginal farmers have retained their native agricultural practices of cultivating crops such as indigenous cotton, he added. Using the intercropping technique, the community has planted kinnow with green gram, chickpeas, pearl millet and Guar beans, he informed.

According to a study, while India's green revolution boosted the yield, it took a toll on the environment at the same time. The use of chemicals in farmlands has been blamed for pollution, biodiversity loss, climate change, land degradation, erosion of traditional agricultural knowledge and decline in human health and livelihood.

Puneet explained that the majority of the community is still following the pre-Green revolution era farming techniques, which don’t require chemicals or pesticides, so the fields remain high quality and the soil maintains its correct pH balance.

Even while there’s a sharp rise in stubble burning after paddy harvest across Punjab, the Bishnoi community has ensured that they utilise the entire straw for feeding cattle and the stray during the following seasons, he added.

In the Nagtibba region of Uttarakhand, most of the indigenous crops such as foxtail millet, barnyard millet, horse gram and red paddy were nearing extinction owing to the migration of villagers to the towns and cities. However, in the last few years, a majority of the villagers have shifted back to their traditional crops and methods.

A for-profit organisation Bakri Chhap providing a platform to marginal farmers of the region by opening its small-scale collection and processing units in the villages which are operated completely by the villagers. The packaged traditional agricultural produce in the form of millet flour, rice, lentils and honey is being supplied directly to luxury hotels, retail stores and e-commerce platforms.

During the pandemic, the organisation started scaling up by licensing the brand's trademark directly to the produce of marginal farmers and self-help groups engaged in ethical cultivation, stated Pradeep Panwar, a native of Uttarkashi district and the Community Manager at Bakri Chhap.

They also provide reading material and training on the advantages of diversified agriculture over monocropping, quality control in supply mechanism, storytelling and marketing of farm produce, he added. Panwar stated that their initiatives during the lockdown have ensured that the farmers, especially the ones in remote villages with no access to roads and most of the conventional resources, have a consistent market for their produce through e-commerce channels and digital media platforms, he added.

Traditional farming practices including the cultivation of millets and intercropping have been gaining popularity in recent years in the other parts of the country as well. Chandra Bhushan Kumar, who is part of a farming community settled in the basin area of Bagmati river in Bihar, cultivates paddy along with the soil-friendly intercropping of finger millet, beetroot and jicama.

He said his produce is generating quite a fair demand in the urban ecosystems owing to the unique health benefits of the final yield.

In West Bengal, an NGO Dularia has been working with the tribal Santal community towards reviving a degenerated piece of land through regenerative agro and forestry practices. 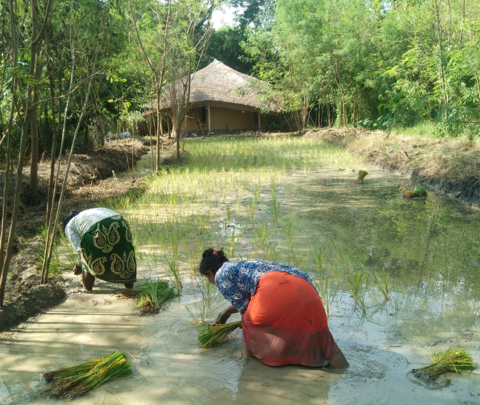 The community, led by Dr Sharmishtha Dattagupta, is currently busy harvesting their first production of indigenous and highly aromatic Gobindobhog rice which offers high productivity, has a great export value and numerous health benefits in Ayurveda for treating imbalances in the body. The flattened version of this rice (chiwra) has gained momentum as a snack in domestic households.

Speaking to 101Reporters, Dr Dattagupta explained that the soil has been rejuvenated using permaculture principles so that all farming can be done based on the high productivity of the soil without even having to use any manure.

Natural farming and permaculture, which are regenerative practices, not only replenish groundwater but also bring back the natural state of healthy soil replete with beneficial fungi, bacteria and invertebrates and such practices ensure long-term productivity, Dr Dattagupta, a former assistant professor of Geobiology at University of Goettingen, Germany.