Community bunkers of no help to residents along the LoC 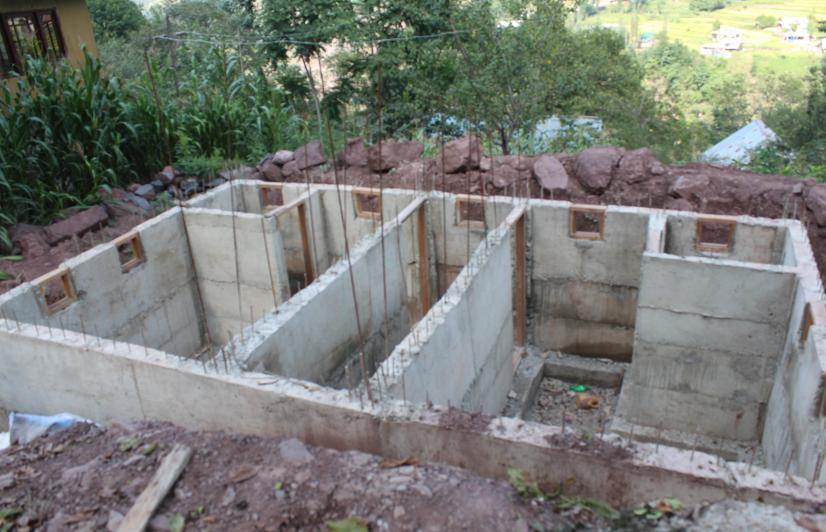 Srinagar: The construction of 7,777 community bunkers to protect the residents from shelling along the Line of Control (LoC) in Jammu & Kashmir (J&K) was completed recently. However, the residents in the villages along the LoC claim that the bunkers remain inaccessible.

According to media reports, there have been 3,186 incidents of ceasefire violations along the LoC till September 7 this year. In addition, 242 incidents of cross-border firing have occurred along the International Border in the Jammu region till August 31.

Media reports say that the government wants to build community bunkers with an aim to safeguard human lives along the LoC from the arbitrary cross-border shelling.

On November 13, Syed Ikhtiyar Hussein, 25, was on his way home in Kamalkote, a village in Baramulla district of Jammu & Kashmir (J&K), when Pakistani troops violated the ceasefire.

In the incident, two civilians in Hussein’s village died after a mortar shell hit a building. Many others were injured in his village, while residential buildings sustained heavy damage.

However, Hussein wasn’t able to seek refuge in the community bunker, which is one kilometre away, and instead, was forced to stay inside his house.

Sources say that though community bunkers have been built for the safety of residents, the bunkers remain unused. Residents say the number of community bunkers isn’t enough and complain that they were poorly constructed and are situated far away from their residences.

In Kamalkote, 10 bunkers are not enough to hold 25,000 people, argued Hussein. He added that a single bunker is allotted to members of 30 to 40 families, and often, it’s difficult to seek refuge in the bunkers during heavy shelling.

Witnessing the first ceasefire violation after the construction of community bunkers, the residents of Uri villages near to the LoC demand individual bunkers. The villagers cited that the community bunkers won’t save the majority of the population from shelling.

Nearly three kilometres from Uri town, the residents of Thajal and Tilawadi villages in Haji Peer Sector of Uri want individual bunkers as well. The government has sanctioned 40 community underground bunkers in Haji Peer sector earlier this year, including the eight to be built in Thajal village.

Mohammad Haneef, vice chairman of the Block Development Council (BDC), Uri, told 101Reporters that residents of Thajal and Tilawadi remained unaffected by the shelling on November 13 along the Haji Peer sector, but people were worried about their safety.

The number of community bunkers isn’t enough for the residents, individual bunkers will ensure that every household has a secure place during instances of shelling, he added.

An individual bunker is meant for the households and can accommodate eight to 10 people. Despite repeated requests to the government, they are yet to sanction individual concrete bunkers for each household, he mentioned.

In Tilawadi, around dozens of the houses have suffered damage owing to repeated cross-border shelling. The locals fear renovating their homes and prefer to stay in bunkers.

A resident Mushtaq Ahmad stated that the situation is such that the locals are now planning to build bunkers on their own as the government isn’t ignoring their demands for individual bunkers.

Mohammad Rafiq Balote, BDC chairman, Uri, told 101Reporters that most of the fatalities occur because people have no place to protect themselves during the shelling.

Several border villages in Uri are prone to shelling and at least an additional 400 individual bunkers are needed, he added.

Balote highlighted that the construction of the community bunkers has not been completed in the border villages.

“Nearly 70% of Uri falls in shelling prone areas. It is high time that the government completes the construction of bunkers to save people from getting killed,” he commented.

Speaking to 101Reporters, Dr G N Ittoo, Deputy Commissioner, Baramulla, asserted that a second proposal for 250 individual bunkers has been sent to the government.

He added that an additional 38 bunkers are being commissioned in the Uri sector in December, and it will allow for the residents along 36 villages along the LoC to protect themselves during cross-border skirmishes.

Regarding the incomplete work in community bunkers, he stated the tough terrain and low response of the tenders had delayed the process. Since the bunkers are to be constructed at very high altitudes, they aren’t able to find contractors, who are ready to take up the job, he explained.