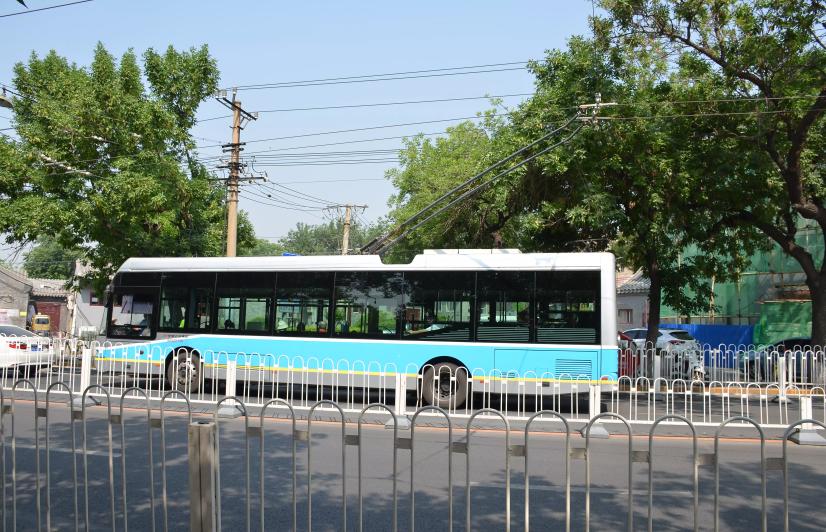 Documents sourced from Bombay Stock Exchange (BSE), where Olectra Greentech Ltd is listed, MEIL has acquired 50.1% stake in the company in August this year. "Since the company (MEIL) has invested in a huge way in Olectra, they would be involved in the entire process of manufacturing the buses," said Anand Swaroop, the Chief Operating Officer at Olectra.

During last two years, Olectra Greentech Ltd's stock price has rallied seven-fold from $0.34 in November 2016 to $2.84 now, even though the company had no prior experience in automobiles. In the year ended March 31, 2017, most of the company's sales revenue came from insulators manufactured infrastructure companies.

The booming electric vehicle market in India has caught eyes of local companies vying to enter the growing segment when Indian government announced plans to promote electric vehicles (EVs) for public transport. According to industry body Society of Manufacturers of Electric Vehicles (SMEV), sales of EVs in India grew by 37.5% in 2016 to 22,000 units. Techsciresearch— a global reasearch based management consulting firm— has stated that the Indian electric bus market is projected to grow at a CAGR of around 124% to surpass $ 667 million by FY2023.

Kedar Soman, consultant and a partner at PlugInIndia which works with EV industry for the promotion of electric mobility in India said that this sector is going to grow in the future with advancements in battery technology and favourable government policy.

Delhi government has set a target of adding a thousand electric buses to its fleet for public transport. Bidding for the project is expected to begin in a few months. The transport department has begun building electric bus depots, work on which is likely to be finished by June 2019. The first batch of electric buses is expected to begin plying a month later. A couple of days ago, the government started a trial run of a locally made fully electric bus. It has been built by Indian firm PMI Electro Mobility Solution in partnership with China's Foton. It claims to have a battery that can be fully charged in half an hour.

Earlier this year, Olectra Greentech Ltd bagged the government contract to supply a fleet of 290 electric buses for major Indian cities. BYD is backed by investment mogul Warren Buffet and is also referred to as China's Tesla. In 2015, the Indian central government introduced the Faster Adoption and Manufacturing of (Hybrid &) Electric Vehicles India (FAME) scheme to promote EVs. Under this scheme, Olectra-BYD obtained the tender to supply 290 buses across the state of Telangana, and to metropolitan cities such as Bangalore and Mumbai.

FAME provides about 60 percent subsidy to cities across India to procure EVs. There are a few old players such as Ashok Leyland, Tata Motors, Eicher Motors and Mahindra & Mahindra that manufacture these buses in India. While Olectra partnered with Chinese behemoth BYD for the EV business, India's JBM Group has forged a tie with Europe’s largest bus manufacturer Solaris Bus & Coach. Their joint venture, JBM Solaris, launched an electric bus called Eco-Life in 2018. Nishant Arya, executive director of JBM Group, said that in partnership with the Polish company, they are committed to offering a complete ecosystem solution for e-mobility, thus supporting a green and sustainable environment.

Unlike Olectra and JBM Group, which partnered with foreign companies to benefit from their technical expertise, Indian firm Ashok Leyland is confident of its self-sufficiency in terms of knowhow. Karthick Athmanathan, business unit head for EVs at Ashok Leyland, said they have no plans of bringing a stakeholder as most of their base technology has been developed by their own subsidiary, which has already been producing electric buses in the UK for eight years.

However, the question of superior technology remains. Anand Swaroop, the CEO of Olectra, said that while people in India are talking about 100-120 kWh battery capacity, BYD is looking at 380 kWh battery capacity. "This has a bigger advantage in terms of mileage, otherwise after travelling every 30 to 40 kms, you end up charging, which takes about three-four hours' time. Therefore, technological advancements at least to facilitate longer travels in electric buses is necessary," he said.

Grant Thornton, a business consultancy firm, reported that batteries account for almost 50 percent of the total cost of an electric vehicle. India does not even have enough lithium deposits required to build these batteries and hence, it needs to quickly look at alternatives. Swaroop said that since BYD is a large transnational company, it has immense expertise, especially in the field of electric battery strength.

Industry insiders say there are clear benefits of aligning with companies that deal exclusively in EVs. Ashwin Mahesh, co-founder of Lithium Urban Technologies, which operates the largest fleet of EVs in the country, said: "If you look at large manufacturers of electric vehicles around the world like BYD or Tesla, they do not have a legacy of producing any other kind of vehicle before that. They don't have to worry about protecting their existing industry and therefore, it helps them grow faster with the newer technology."

Apart from manufacturing these vehicles from scratch, the Indian government is also looking at retrofitting diesel buses as electric buses. The government plans to go for large-scale retrofitting if the pilot project gives positive result. The Union minister for transport has stated that the government is planning to develop low-cost and high-efficiency rechargeable Lithium-Ion batteries with Indian Space Research Organisation in this regard.

The electric vehicle industry has assumed more significance in light of India’s commitment towards reducing its carbon footprint by 33-35 percent from its 2005 levels by 2030, as a part of its Intended Nationally Determined Contribution to the United Nations Framework Convention on Climate Change. A policy think tank of the Indian government, NITI Aayog, has noted in a report that adopting EVs and promoting shared mobility can save $60 billion as fuel costs.

Kedar Soman said there is a need for a balance of supply side and demand side incentives to shift people to electric mobility. In the USA, they have introduced carbon credits and the companies that do not make emission free vehicles are forced to pay to those who make it, he said.

Many believe that to accelerate the process of manufacturing and adoption of these buses, there needs to be a sufficient market for it. Dr. Mahesh believed that for the market to expand, you need a larger volume of buses which can only be achieved by liberalizing the imports because currently, there is a very heavy tax levied on them. “I believe that ‘Make in India’ should be preceded by ‘Sell in India’,” he said.