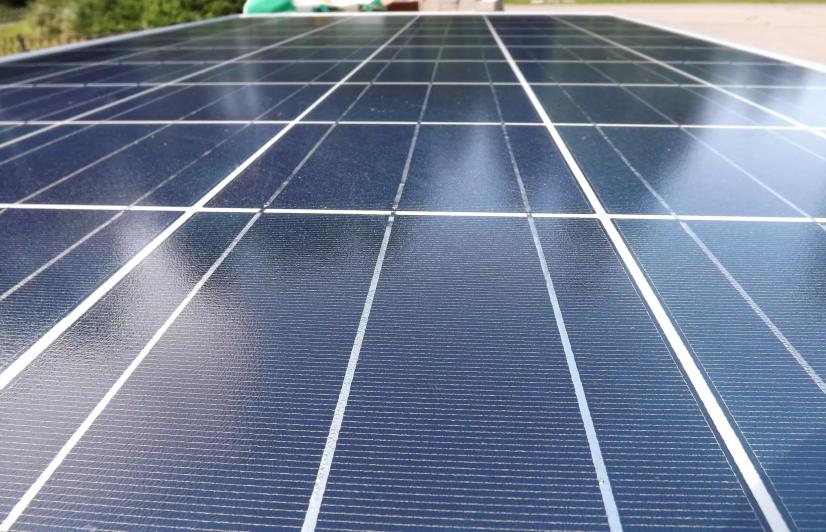 Bengaluru, Karnataka: Last year was a turbulent one for the Indian solar industry. In May, Acme Solar created history by winning a bid for the 200 MW Badla Solar Park in Rajasthan quoting a sale price of Rs.2.44 (3.75 cents)/unit but, by year-end the viability of the project was in question.

The Director General of Safeguards (DGS) and the Director General of Anti-Dumping (DGAD) had launched independent investigations into Chinese solar photovoltaic (SPV) imports, which makes up 90% of the supply in the Indian market. Both investigations were the result of petitions filed by the Indian Solar Manufacturing Association (ISMA) on behalf five Indian manufacturers.

While the DGS has come out strongly in support of the petitioners and proposed a 70% tariff on SPV imports from China and Malaysia for 200 days while more permanent measures are being examined, the Madras High Court issued a stay order on the implementation of these ‘safeguard’ regulations. A case has been filed by the conglomerate Shapoorji Pallonji Group, which has diversified interests including power development, challenging the tariff as “arbitrary”.

Says Kanika Chawla, policy specialist at the Council on Energy, Environment and Water (CEEW) in Delhi, the question is, “Do you want to make cheap energy in India with imported panels or do you want to make solar panels in India?”

The petition claimed that China, which has been hit by anti-dumping tariffs in the United States and Europe, is now accelerating its exports to India, a large solar market that is growing at an exponential pace on the back of the government’s ambitious targets. India today is the largest buyer of Chinese SPV products, mopping up more than a third of their export supply. China meets 90% of the global demand.

Exports from China, Taiwan and Malaysia of cells and modules increased by 33-45% just between July and December 2017 even as prices fell by about 25%, according to the petitioners. They fear this staggering growth of imports could potentially wipe out the nascent Indian SPV-manufacturing industry.

As the industry awaits the judgement in this case, ISMA had withdrawn its petition with the DGAD last July to file a more robust one by end April or early May. It was only recently that solar importers saw a resolution of a six-month long battle against changes in basic customs duty on SPVs that had resulted container loads of SPVs stuck at ports.

This lack of clarity on government policy is hurting investor confidence and developer appetite, says Chawla, “By government, I mean all of its machinery – the ministry of finance, commerce, energy and dedicated officers like DGS and DGAD. The collective needs to take a clear view, even if it is to impose trade regulations, which is not necessarily the right thing to do in my view,” she says.

While the ministry of non-renewable energy (MNRE) has tried to protect the developer’s interest by arguing against imposing stringent duties, it’s the ministry of finance that will take call. There is strong support for tariffs within the government.

Currently, solar manufacturing in India is limited to production of cells and modules. For the critical, capital-intensive upstream processes like production of polysilicon and wafer, India has no manufacturing capacity. Manufacturers like Jupiter Solar Power, one of the ISMA petitioners, import wafer that are processed into cells, which are then shipped to module manufacturers. Jupiter’s managing director, Dhruv Sharma, is confident that domestic solar manufacturing can fill the gap in supply once duties are imposed.

Solar capacity addition is estimated to decline to 4-4.5 GW in 2019, according to a latest report by ratings firm ICRA. Only 4.5 GW capacity was auctioned and awarded in 2017 as against 7.3 GW in 2016. Prior to the current slowdown, the MNRE had projected an addition of 8-10 GW of solar-power generation capacity every year.

Sharma sees this happening in two ways. Many existing manufacturers are not operating at full capacity, he says, and it’ll be easy to scale up the operations in the short term. “Once we have the demand visibility for the next few years, we can double and triple our current capacity,” he says.

More important, he expects the additional duties to encourage Chinese manufacturers to set up facilities in India as they have in Malaysia, Vietnam and Thailand to bypass duties in markets like US. “Large manufacturing capacity coupled with a captive market will automatically increase investment in upstream activities like the manufacturer polysilicon and wafer,” he adds.

But Chawla points out that the high cost of capital, coupled with an incomplete domestic supply chain, make investors apprehensive about a small industry that yet to develop economies of scale. “Chinese PVs are cheap for several reasons, primarily government support which means they don’t have to raise capital through market forces. If India is not committed to doing the same and doesn’t have the same deep pockets for its manufacturers, these tariffs are going to come at the cost of more expensive solar power,” she says.

The bigger challenge is that it’s very difficult for any industry to grow capacity based only on tariffs, says Vinay Rustagi, managing director of energy consultancy Bridge to India. “Duties don’t last forever. In the absence of fundamental competitiveness, no investor would make such big-ticket investment decisions based on provisional, short-term protections,” he says.

While safeguard duties are traditionally imposed for 4 years, often with a step-down structure with progressively reducing rates, the long-gestation period of these industrial facilities invites all kinds of risk. To illustrate his point, he points to 2012 when similar duties were proposed. There was a lot of interest which ultimately didn’t materialise into real investment and capacity because the duties were never implemented.

Another big unknown is the lack of clarity on who will the cost of duties on projects that have already been awarded. “I think if the duty is imposed, many of them will become completely unviable and highly likely they will never get off the ground, unless the government mitigates the risk for them,” says Rustagi. In all future bids, the cost of duties will be borne by the power purchasers.

“It’s better to take a comprehensive, strategic view of the industry we want to support. Instead of trying to manufacture solar panels, the global market for which is dominated by China, focus on horizon technology like storage solutions, electric vehicles, where import lines haven’t already been established but are likely to develop very quickly," said Chawla.

2012 - DGAD finalises duties to tune of $0.48 per unit to $0.81 per unit on the solar cells & modules imported from US, European Union, China, Malaysia and Taiwan but the ministry of finance did not impose the same and let the duty lapse eventually after 4 years.

April end/early May – new anti-dumping petition by ISMA is expected.