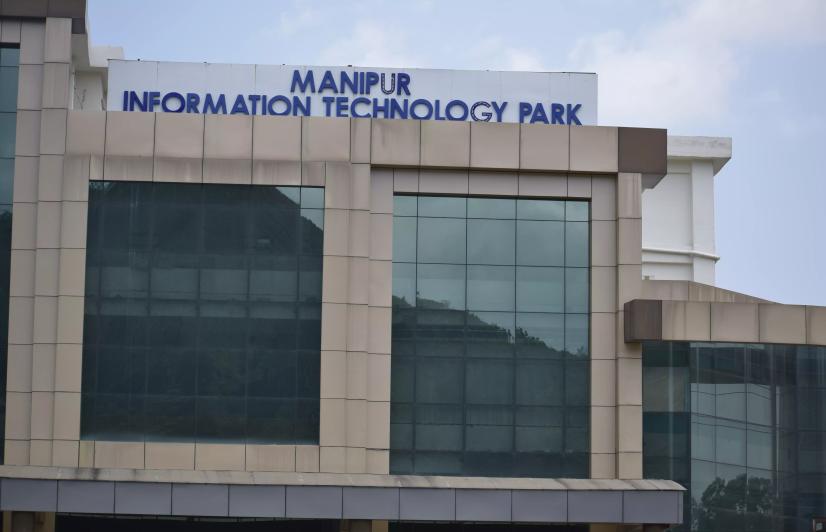 Opinions are divided among IT companies in Manipur on the impact of the 12-day internet shutdown in end December 2016 on their business and revenue. With their internet-service provider (ISP) vehemently denying there was an internet shutdown some IT companies even retracted their earlier statement of the net ban affecting their operations.

In mid-December, mobile internet services were suspended in Imphal west and Imphal east on the orders of district magistrates after weeks of unrest led to series of attacks on a prominent church and the police.

Rohsnikumar Yambem, CEO of Globizs Web Solutions Company, claims that even broadband-network connections received through optical fibre cables were not spared from the third day of the net ban, leaving a dent in his annual turnover. He says his company lost around Rs.6 lakhs during the net shutdown as more than half his 22-member production team were rendered unproductive.

“We manage around 600 websites in Manipur and provide live web support to at least 200 clients. During the internet shutdown any kind of updates for our clients, including government tender notifications, was impossible. Our main server is maintained in the cloud. Quick Books, the accounting software we use, is accessed online and we were not able to update our accounts for ten days. Neither were we able to create invoices or receipts,” he says.

“As a purely IT company, we encourage our clients to become totally IT-enabled,” he adds. “We lead by example and demonstrate how a product or system works before selling it to them. We also use HR software and marketing software. The sales teams we dispatch in hill districts like Ukhrul and Senapati send marketing reports in real time online through mobile apps. Everything went for a toss during the shutdown.”

Each of Globizs’ 50 employees generates revenues of nearly Rs. 50,000 per month, which after deducting salaries and expenses, earns the company a net profit of roughly Rs.10,000. Yambem insists that more than half of his web-design staffs were rendered idle by the net ban.

“We focused more on bill collection during that period and some of our staff from the production team worked on data already stored in our internal system,” he recounts. “The shutdown came when we were reeling under the impact of demonetization. Our annual turnover in 2016 was a little over Rs 90 lakhs,” he says against the normal Rs. 2 to 3 crores.

But Yambem later retracted all these statements and directed this reporter to meet the CEO of Skay Broadband Service, the private ISP providing high-speed internet connections to over 600 clients in Imphal.

Arun Kumar Soibam, CEO of Skay, brushed aside any suggestions of an internet shutdown in December 2016 affecting web solutions companies such as Globizs, asserting that the ban was confined only to mobile data services.

Says Wahenbam Priyananda, managing director of Cobigent Technology and Solutions, “As far I remember, the Internet was totally inaccessible for three days when even browsing was not possible. No work whatsoever could be conducted during these three days as we were running a call centre back then,” he recalls.

Talking over the phone from Guwahati, Priyananda said he could not be able to place an exact figure on his financial losses without consulting the records, but the shutdown certainly affected Cobigent’s revenue.

Sangai Technology, that along with Cobigent and two others IT companies share office space at the Manipur IT Park in Mantripukhi, saw its annual turnover decline by 35 % due to the shutdown, dropping from around Rs.1.3 crore to a little over Rs.72 lakh in 2016.

Loukrakpam Rishidev Singh, Sangai’s IT-operation manager, recalls that following the net ban, his company spent nearly 50,000 dispatching staff to provide solutions to his biggest client, a multinational company in Noida. He says they earn a net profit of around Rs.80,000 per month from this client but, in the absence of an agreement to cover such a contingency, Sangai had to absorb these expenses.

Sangai provides live web support and day-to-day maintenance to 10 of its clients of whom six are from within the state. “We earned around Rs. 3.5 lakh per day from these clients and incurred losses of at least Rs. 35 lakhs during the shutdown,” he says.

Singh says that Sangai, which was launched in November 2015, has found it extremely difficult to find clients and the net shutdown only compounded the problem. “Even if the Internet shutdown was officially limited to cellular-data services, there was no steady data package from the second day of the net ban and we could not serve our clients,” he says.

Singh narrates how his team painstakingly instructed the system administrators over the phone on what needed to be done whenever a bug appeared in the web applications or pages they had created.

“We receive an immediate bug report in our server whenever a bug appears in our web applications or pages that we have created. We provide web support to our clients by offering solutions from our end. During the shutdown, we could not receive any such report nor can examine or access the situation as we don't have any visuals of our clients' web pages,” he explains.