Why Neemuch’s farmers rejected the Congress 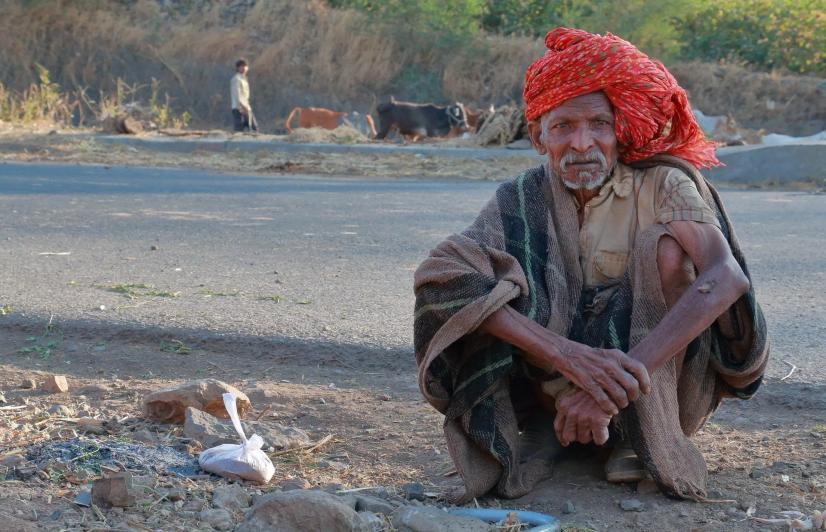 Bhopal, Maddhya Pradesh: Will waive farm loans up to Rs 2 lakh within 10 days if voted to power, was Rahul Gandhi’s promise. It got Congress the farmers’ vote in Rajasthan and Chattisgarh. But not in Madhya Pradesh, if the party’s dismal performance in the eight assembly seats of Mandsaur parliamentary constituency, is any guide. The BJP won seven of these, with increased margins as compared to last time. The lone Congress victory having a margin of just 350 votes.

The BJP victory assumes significance as the region hit the headlines when on June 6, 2017, six farmers were killed in police firing during a farmers protest in Malhargarh assembly constituency. Yet the BJP won this seat by a more than 11,000 votes, thrice its victory margin of 2013. With the lone Congress victory margin in Suwasra seat dropping from thousands in 2013 to hundreds this time.

Though rural voters in MP did acknowledge the various public welfare schemes and policies of the BJP government, anti-incumbency and farmers anger did pull down the BJP’s vote share in the state. But apparently not in the same measure as in Rajasthan and Chattisgarh. Particularly so among the farmers and other rural folk of Neemuch and Mandsaur. In the end, MP voters did vote for a change from the BJP’s 15-year rule. But the wafer-thin margin of the Congress victory makes it clear that the party has to deliver on its promises if it is to retain the farmers trust in 2019 too, in Mandsaur and elsewhere.

Observers credit the BJP sweep in Mandsaur-Neemuch to groupism and infighting in the Congress and wrong choice of candidates. For instance, at the eleventh hour, Congress shifted Satyanarain Patidar from Jawad to Neemuch and the candidate from Neemuch, Umrao Singh Gurjar, was told to contest from Manasa. This last-minute shuffling of candidates resulted in BJP’s Dilip Singh Parihar defeating Satyanarayan Patidar in Neemuch by 14,727 votes. In Manasa, BJP’s Anirudh Maru trounced Umrao Singh Gurjar by 25,956 votes. The Jawad seat, considered extremely safe for Congress, was sabotaged by rebel Congressman Samandar Patel, who took away more than 33,000 votes from the Congress pie. BJP’s Om Prakash Saklecha triumphed in Jawad for the fourth consecutive time with a 4,271 margin over Congress’s Rajkumar Ahir.

Of the four seats in Mandsaur – Mandsaur, Malhargarh, Garoth and Suwasra – BJP pocketed the first three, while Congress barely managed to win Suwasra, where despite being burdened by the choice of a weak candidate, Hardeep Singh Dang and dissension and infighting, the party scraped through. In Mandsaur, Congress fielded outsider Narendra Nahta, who was supposed to contest from Manasa. He lost to BJP’s Yashpal Singh Sisodia by 18,370 votes. Malhargarh, the scene of the violent 2017 farmers protest, returned BJP’s Jagdish Dewda by a nearly three fold increase in the victory margin---from about 4000 votes in 2013 to 11,872 this time. In Garoth, Congress placed its bet on aged leader Subhash Sojatia while BJP replaced Chandrasingh Sisodia with RSS-linked Devilal Dhakad, who won by 2,108 votes. The Jaora seat, part of Ratlam district and parliamentary constituency, went to BJP’s Rajendra Pandey, who defeated Congress’s K.K. Singh by 500 votes.

The reasons for BJP’s triumph in the Mandsaur region is varied, depending on whom you talk to. Karanpal Singh Paramal, member of BJP working committee, claimed that “no state government in the country has done the kind of work that the BJP government did for farmers in Madhya Pradesh. We lost some seats because we could not implement farmer-friendly schemes in other regions”. While Neemuch Congress district president Ajit Kathod claimed the party got the support of farmers and ascribed the losses to “not getting the expected response from urban voters, voters were also put off by the intimidatory stance of the BJP on the issue of release of payments of beneficiary-oriented schemes in BJP-ruled civic bodies”.

The state government’s swift response after the farmers protest to implement farmers compensation and crop insurance schemes did benefit the BJP, as the results indicate, said Arjun Singh Borana, district president, Bharatiya Kisan Union, Neemuch. “At one stage, farmers had become disillusioned and had by and large decided to dump the BJP,” admitted Arjun Singh Borana. “However, BJP managed to preserve its farmers’ vote bank by offering a slew of farmer-friendly schemes and implementing them at the grassroots level”.

Neelesh Patidar, treasurer, Bharatiya Kisan Sangh, Neemuch, offered other reasons besides the state’s farmer-friendly schemes and quick redressal of grievances. “The Shivraj government was the first in the country to have bestowed the status of ‘martyr’ on farmers killed during the agitation,” said Patidar. “Besides ensuring government jobs for one member of each family, the government also provided Rs 1 crore compensation to the families of farmers who died in the agitation”.

The question now is whether the new Chief Minister Kamal Nath can reverse this mood in Mandsaur.