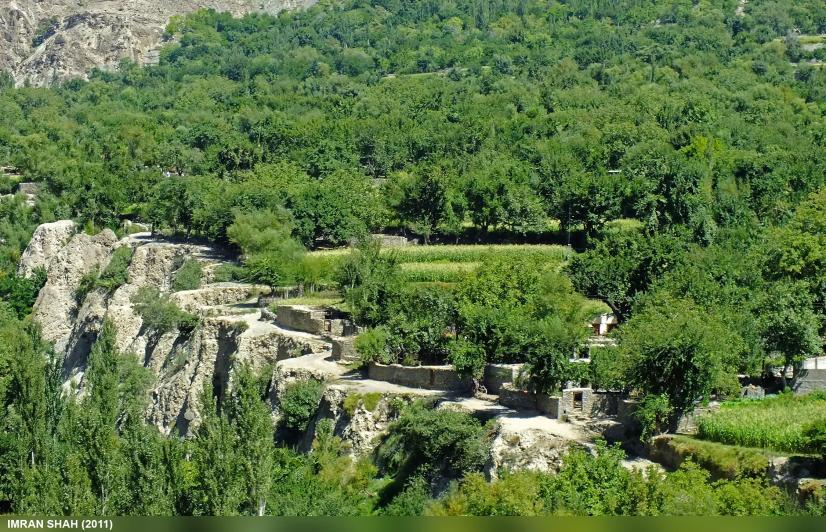 Gilgit-Baltistan (GB), the northernmost administrative territory in Pakistan bordering China, has witnessed several demonstrations over the last couple of weeks. Reason: people are protesting a “vague” order by Pakistan’s Supreme Court (SC) on the region’s constitutional status, something they have been demanding for 70 years.

GB along with Azad Jammu and Kashmir (AJK) is what is recognised by the UN as “Pakistan-administered Kashmir”, the reason behind India and Pakistan’s never-ending conflict. GB is currently administered through presidential orders, and its status has been linked with the resolution of the Kashmir dispute.

Over the years, political activists and many international agencies have accused Pakistani forces of committing grave human rights violations in GB, which is responsible for heightened resentment in the region that is fuelling its people’s fight for internal autonomy.

What is the SC ruling?

On January 17, the SC, without granting GB constitutional status, recognised it as a disputed territory and ruled that the top court’s powers would extend to it. The seven-member bench, headed by former chief justice of Pakistan, Saqib Nisar, set aside Pakistan government’s order of having the GB Interim Constitutional Act, 2018, in place of the Gilgit-Baltistan Empowerment and Self Governance Order of 2009, and further ruled that no part of the 1973 constitution of Pakistan can be terminated or amended without a formal legislation.

The Pakistan government had drafted the 2018 Act last year to give more powers to the GB assembly, a stop-gap measure arrived at after failing to reach a consensus on making GB its fifth province, as reported by Pakistan Today.

The court, however, clarified that no changes and amendments will be made to GB and Kashmir’s constitutional status until a referendum takes place (within 14 days) to regulate the same.

The SC order read: “No amendment shall be made to the Order …except in terms of the procedure provided in Article 124 of the same, nor shall it be repealed or substituted, without the instrument amending, repealing or substituting (as the case may be), the same being placed before this Court by the Federation through an application that will be treated as a petition under Article 184(3) of the Constitution …If the Order so promulgated is repealed or substituted by an Act of Parliament, the validity thereof, if challenged, shall be examined on the touchstone of the Constitution (sic).”

Why has it been rejected?

Immediately after the ruling, activists belonging to different organisations staged a protest at Yadgar-i-Shuhada in Skardu against the federal and GB governments demanding constitutional rights for region’s people.

Protesters said they are upset that though the SC declared GB a disputed territory as per the UNCIP (United Nations Commission for India and Pakistan) Resolutions, it failed to follow them in entirety, as it didn’t direct Pakistan to set up local authorities in the region for governance.

Speaking at the All Parties Conference (APC), Yawar Abbas, founder member of the Gilgit-Baltistan Awareness Forum (GBAF), said, “Instead of ordering Pakistan to give complete internal autonomy to people of GB, the apex court has endorsed and attached yet another presidential ordinance, ‘GB Self Governance Order 2019’, which completely lacks the spirit of UNCIP Resolutions as well as a promise from Pakistan on establishment of local authorities.

“The verdict shows insincerity towards people of GB — Pakistan should have been directed to implement the Sartaj Aziz Committee recommendations in letter and spirit, to make GB its provisional province till the Kashmir plebiscite; instead, the SC imposed such an order. This tactic is akin to colonisation of the region.”

A consensus was reached at the conference to start a collective struggle, for the disputed territory’s rights, with the slogan ‘Complete Internal Autonomy’.

Yawar said the GBAF wholeheartedly supported the struggle as it believed the region could no longer be run with a colonial mindset. “The GBAF believes that the people, especially the youth, are very aware of their fundamental rights. It is imperative that Pakistan give GB its due rights, as that would also complement its stance vis-à-vis Kashmir.”

Zaighum Abbas, a lecturer from Gilgit, said, “At the very least, the verdict — of declaring GB a disputed territory — has cleared a longstanding confusion at the state level. Now, the Awami Action Committee (AAC), student and youth activists, and other stakeholders are demanding internal autonomy as per the UNCIP Resolutions. They want an elected body of legislators ensuring ownership of resources, release of political prisoners prosecuted under Pakistan’s Anti-Terrorism Act, which is no longer applicable on a ‘disputed territory’, end of the presidential orders from Pakistan, an alternative constitution to govern the region, and greater powers to the GB assembly.

“In its verdict, the SC has directed the federal government to consider the UNCIP Resolutions while working on any political set-up for GB.”

The 10-point joint declaration from the APC, which was shared with the media, also called for a set-up like AJK Supreme Court in GB for independence of judiciary, decrease in quota for civil officials from other parts of the country in GB government organisations, and an end to harassment of political activists under Fourth Schedule and Anti-Terrorism Act.

“All political stakeholders are working on a draft of suggestions for this structure, and political processions have been planned in various cities to create awareness about it.”

From the strategic point of view

For decades, the people of GB have wanted full-fledged integration into Pakistan’s mainstream, for voting and other rights, to curb further resentment, especially among the youth.

Fehmeeda Bercha, a resident of Gilgit and member Pakistan People’s Party (central research and communication cell), said, “We want GB to become the fifth province of the country — integration will strengthen the Pakistan federation, disenfranchisement will weaken it.”

This fifth province see-saw has been going on for the past many years. Last May, Pakistan had finally decided to grant greater administrative and financial authority to GB, through which the $50-billion China-Pakistan Economic Corridor passes. While India had termed the move “entirely unacceptable”, Pakistan’s decision was believed to have been influenced by China’s concerns about GB’s unsettled status, the media had reported.

Home to the western Himalayas and the Karakoram range, GB has an estimated 1.8 million inhabitants.