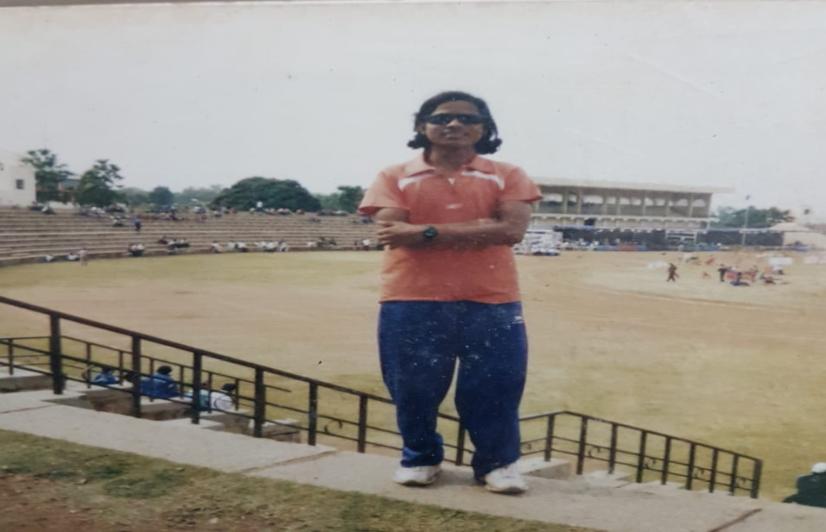 Once banned, humiliated, Dutee returns to track in full speed

As many milliseconds she cuts  from here (11.32s to 100m) will decide how far she goes chasing her dream podium spot

Bhubaneswar: On the late afternoon of August 31, when Dutee Chand landed back in Bhubaneswar, the swelling crowd eager to get a glimpse of her at the airport was only an indication of the rare feat achieved by this tiny sprinter at the Jakarta Asian Games - two silver medals in the 100m and 200m events.

Dutee’s grand welcome was no less than that of a megastar or a politician with people from all walks of life and hundreds of students walking beside her from the airport to the secretariat where she was honoured by the chief minister.

She may now have a busy schedule of meetings, felicitations and accolades coming her way, but her road to success hasn’t been rosy, rather disrupted by unexpected blocks, at the prime time of her career.

Dutee became second-fastest woman in Asia and fastest in the country while clocking the 100m sprint in 11.32 seconds and the 200m in 23.20 seconds. She has also become one of the few Indian athletes to have won more than one medal at the Asian Games athletic events.

The weavers’ village of Chak Gopalpur in Jajpur district of Odisha were wrapping up their chores on August 26, Sunday, to get together for a public viewing of their girl’s final heat in the 100m race in Indonesia. As they sat in front of the screen trying to spot Dutee sporting the blue Indian jersey with chest number ‘296’, little did they know that they were going to witness a historic moment of the Indian sports. A kid suddenly shouts with excitement in Odia: “Dekhantu, Dekhantu, aamoro bhauni TV re aashichonti (Look look, our sister is on the TV)”.

The village had seen Dutee chase her dream since she was born here in 1996. Her feat at the 18th Asian Games filled every villager with the same pride that Dutee’s parents Chakradhar Chand and Akhuji Chand and her six other siblings felt. They have all been witness to Dutee’s persevering spirit that saw her reach for the Gold on track after winning a courageous battle she led seeking more equal regulations for international athletes.

Dutee’s sister Saraswati, who has also been a state-level athlete and an early inspiration for the younger one, says the atmosphere in the village roused as soon as Dutee clinched the silver in 100m. “ My family had lit a lamp in prayer before the competition. Some villagers who have seen her struggles since she was a kid also prayed for her success. Most of them were just glued to TV that day,” says Saraswati. The village echoed with cheers and slogans for Dutee, she adds.

For a family living below poverty line (BPL), it was difficult to manage three meals a day for all nine members, says Saraswati. “Before Dutee accomplished a few of her goals, my father had to think about breakfast and lunch for the next day while we were at the dinner. Both my parents have been weaving to ensure that all kids are taken care of,” she says, optimistic about the fate of her family now, owing much to Dutee’s sprinting prowess.

Recalling her childhood, Dutee says it was predominantly marked by lack of resources. “A decade ago, nine members of my family lived in a single room that was not even a concrete structure. Space crunch, downpour from temporary makeshift roof were regular problems. I can never forget the days of struggle wherever I go,” Dutee told Asia Times the day she returned to Bhubaneswar.

Success did not come easy for Dutee as she was not recognised by the concerned sports authorities initially, which did not give her access to adequate facilities to groom herself, say her friends, who have seen Dutee return to her village to work on her mission.

“We knew she (Dutee) will do something extraordinary in life. She used to practice along the riverbank in the village and on busy Highway. That there were hardly any resources here or funds with her never seemed to stop her from working hard for what she wanted to achieve,” says Priyanka Swain, Dutee’s childhood friend from Chak Gopalpur.

Her coach, Ramesh Nagapuri, says his main objective was to assist Dutee get a job so that she could help her family financially. “She joined and stayed in the training camp at Patiala for three months and broke the youth championship record within that time. Buoyed by her talent I picked her for the Indian camp,” said Ramesh.

By 2012, Dutee had established herself as a national champion by completing the 100m sprint in record 11.8 seconds. She also bagged a bronze medal at the 2013 Asian Athletics Championship. Financial support in form  of awards and felicitations helped her family gain some stability but right then, in 2014, the ‘hyperandrogenism’ controversy put a halt to her participation in athletic events.

An anonymous complaint to the sports authorities led to a test that Dutee underwent in Bengaluru. It measured the levels of testosterone in Dutee’s blood and revealed that the hormone was present in more than specified amount. The sprinter was banned from participation in the Commonwealth Games and the Asian Games in 2014.

Sports medicine specialist Dr Sudeep Satpathy explains, “International Athletic Federation has specified different limits for hyperandrogenism for male and female athletes. It was decided that those with more than specified levels would not be allowed to participate. Dutee challenged the decision in the Court of Arbitration of Sports  (in Switzerland).”

Dr Satpathy says the court had sought responses from various sports associations over the hyperandrogenism regulation and which later concluded that for smaller races like 100m and 200m, such a condition didn’t have a direct impact, and thus Dutee was allowed to carry on.

Pushing the legal battle was the hard choice, says Dutee. “I had two options - either to seek medical assistance or take the legal way which involved risks and the future was uncertain. If I was proved wrong, I could have lost my career and the ban would have continued. But I decided to challenge it and got some relief,” she says.

The ban also took away any training assistance she was getting from the government. Dutee and her family have Ramesh to thank for extending support during the hard times, besides several groups that work in the sphere of athletics and gender, who stood by the sprinter.

Coach Ramesh says: “I had brought a girl from a rural area. And when she started to perform and look after her family through her income, she was humiliated for no fault of her’s. How could I leave her at that time. Can a parent leave their kid at such hard times.”

The coach and Dutee are focussed on improving her sprinring time in the ensuing international track and field events. However, Dutee doesn't mind talking about Olympics.

“My next target is always the next lined up games. But like every athlete out there representing the country, I too aspire to achieve triumph for the country at the Olympics,” Dutee adds.