Fears of fresh insurgency in Nepal 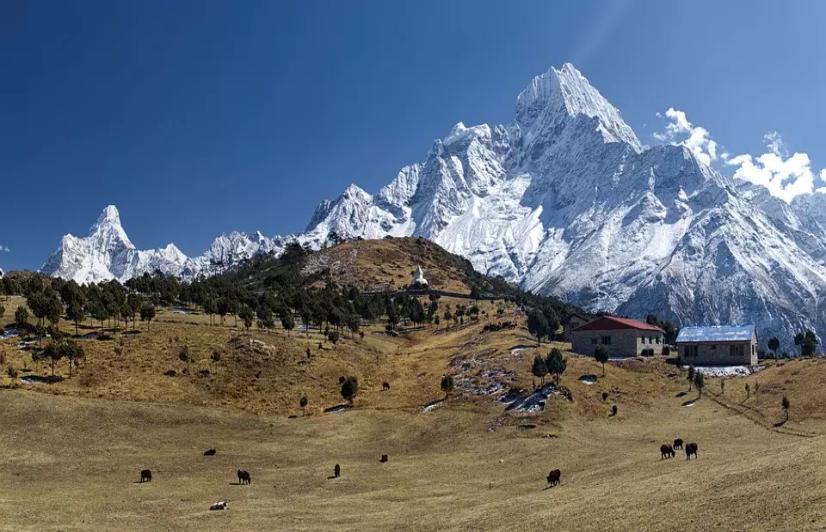 On July 10, a policeman was killed in the eastern district of Bhojpur, 180 kilometres from Kathmandu, when police personnel and members of the Communist Party of Nepal (Maoist) group, led by Netra Bikram Chand aka Biplab, exchanged fire. Although the Maoist rebel who opened fire was also killed subsequently, this was the first instance of Maoist rebels killing police personnel in recent years.

According to the data by Nepal Police Headquarters, the proscribed group is behind a total 18 instances of bomb explosions, murder of six persons, planting bombs in 95 places and torching and vandalising 10 places. The police have recovered 511 arms from the arrested Maoist cadre.

The group has been routinely organising general strikes across the country, extorting businessmen in the name of donations, shutting down schools, torching and vandalising school buses and even making physical attacks against rival party workers in the recent months. Police officials said they have credible information that the splinter outfit of former Maoists is currently working to form its militant wing equipped with sophisticated arms that were looted from security agencies during the insurgency period.

The violent incidents that have been occurring in the recent past are a reminder of the beginning of the fresh Maoist insurgency in Nepal. Ordinary people, living mainly in rural Nepal, are worried the fresh start of the insurgency could take a toll on their livelihood as they fear a civil-war situation would break out, as it did in the past.

“The failure on the part of the ruling parties to settle the transitional justice issue has actually given rise to impunity. Since no one of those directly involved in decade-long violence was punished, a section of former Maoist leaders seem to have a feeling that violence is [the] only means to get some tangible political returns," said Bishnu Sapkota, a political analyst.

Although many people believed the country was headed to peace and stability after the then underground Maoist rebel group led by Pushpa Kamal Dahal aka Prachanda came to mainstream politics following the Comprehensive Peace Accord (CPA), there are renewed fears that Nepal may again plunge into violence and civil war.

This apprehension has grown further after the government outlawed a splinter faction of the CPN (Maoist) and stepped up its offensive against the outfit. A ferocious warrior and a key military strategist of the Maoist rebel during the Maoist conflict in Nepal, Chand was able to reorganise disgruntled leaders and combatants of the former Maoist party.

Alleging that Chairman Dahal had betrayed their revolution, Chand-led group's political paper emphasised the need to complete the unfinished Maoist revolution in the country through fresh "armed rebellion" with the help of urban working-class people and rural peasants. While its political line is “new people's revolt", the outfit has announced that its political objective is to replace the parliamentary supremacy with "people's government" through "complete revolution".

The Chand-led faction of the CPN (Maoist) was formed on November 24, 2014, after splitting from the CPN (Revolutionary Maoist) headed by veteran leader Mohan Baidya. Baidya did not agree with the new political line proposed by Chand, who was the second-in-command.

Dismayed with the way Maoist Chairman Dahal was dealing with the issue of the peace process, the senior leaders of the then CPN (Maoist)—Baidya and Chand—had formed CPN (Revolutionary Maoist) shortly after the first Constituent Assembly was dissolved without promulgating a new constitution in June 2012.

Nepal experienced a decade-long bloody civil war in which some 17,000 people lost their lives and property worth tens of billions was destroyed. The conflict came to an end after seven major political parties and the then underground Maoist reached a seven-point understanding to oust the autocratic monarchy and establish a federal democratic republican system through joint peaceful protests across the country.

After the success of the popular movement that forced then King Gyanendra to relinquish all the executive powers he had usurped before, the new government formed by the mainstream parties negotiated with the Maoist rebel and reached the CPA to pave way for the Maoist group designated as a terrorist outfit to join peaceful politics.

Although the Chand-led Maoist unit has been able to increase its presence in the country through its violent activities, not many people believe that this war will succeed. They argue that the outfit does not have an agenda.

Experts said since the political reality at home had witnessed fundamental change following the abolition of a 240-year-old institution of monarchy, it is foolish on the part of the Maoist to launch insurgency through same old tactics.

"Evidence from around the world suggest that [the] success of an insurgency immediately after the similar type of insurgency is hardly possible,” said political analyst Mumaram K