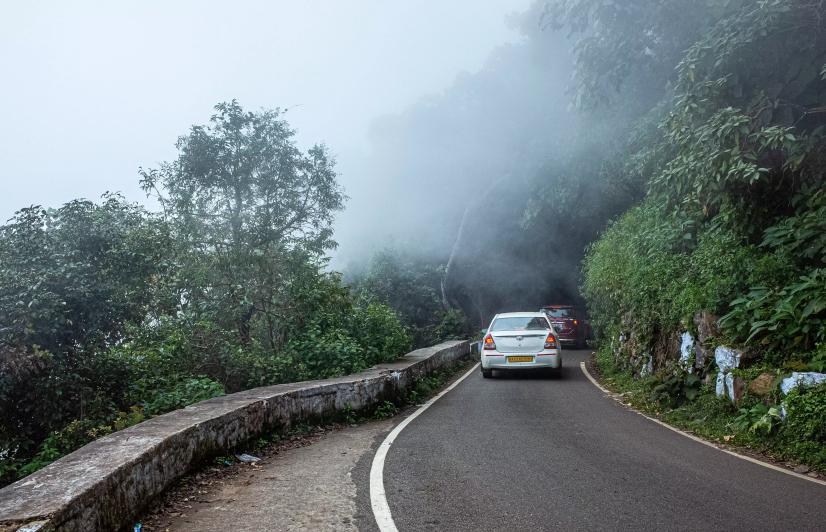 Nobel Laureate Amartya Sen has held up Bangladesh’s economic and social development as a “role model” for developing nations. A recent study by Yasuyuki Sawada, chief economist of Asian Development Bank and Japanese economist Naohira Kitana who authored book 'Economic and Social Development of Bangladesh : Miracles and Challenges' calls it a “miracle”.

Party loyalists are confident that voters will respond favourably to Sheikh Hasina’s track record in economic and social development, especially on women’s empowerment. “Bangladesh is a young nation, its youth are a big part of our population,” says Tanmoy Ahmed of the Bangladesh Awami League’s Centre for Research and Innovation (CRI). “Over 23 million out of the 100 million plus electorate are in the 18-28 age group. They voted for the Awami League overwhelmingly in the December 2008 polls. Even in the January 2014 polls boycotted by the Opposition, they had turned up in good numbers”.

A GDP that achieved 7.1 per cent growth last year and has exceeded six per cent growth for two decades, lifting 50 million people out of extreme poverty and making Bangladesh likely to be one of the world’s three fastest growing economies in the next few years, according to auditing and consulting firm PriceWaterhouse Coopers.

This growth figure is only slightly behind that of Vietnam and big brother neighbour India. But on social and human development numbers, Bangladesh is far ahead of India on parameters like life expectancy (72 against India’s 66) and female empowerment (enrolment of girls in primary schools at 94 percent is higher than boys), according to UNDP.

It is also expected to overtake India in growth (7.2 percent now) in the current year, according to Bangladesh Bureau of Statistics. And an HSBC report says Bangladesh is likely to be the biggest mover in the global gross domestic product rankings in 2030, becoming the 26th largest economy in the world from 42nd now. Projections put real GDP growth at 7.1 per cent per year up to 2030, the highest among the 75 countries included in the report, making it a $700 billion economy in 2030 from $300 billion now. Prime Minister Sheikh Hasina was justifiably boastful when she said, “We are on course to be a middle-income country by 2021, on the 50th anniversary of our Republic”.

Yet, for Prime Minister Sheikh Hasina and her Awami League party, this economic and social “miracle” she has overseen during her 10-year tenure of South Asia’s youngest nation may not by itself be enough to ensure victory in the December 30 parliamentary polls, say analysts.

“The Awami League has to battle considerable a﻿nti-incumbency, serious charges of corruption at high places, and the overload of aspirations,” said Shamsul Arefin, author of a book on Bangladesh elections. “About 4000 party leaders are vying for nominations to the 300 parliament seats. Those who are denied party nomination may turn against the official candidates. The Awami League leadership must firmly tackle factionalism, much depends on it”.

But for the first time in ten years, the Awami League will face a united Opposition determined to prevent a hattrick for the ruling party. A coalition of smaller parties like Bikalpa Dhara (led by former President Badruddoza Choudhury) and Gana Forum (led by former Awami League foreign minister Kamal Hossain) have teamed up in a broader coalition with the main opposition alliance led by Bangladesh Nationalist Party (BNP), with its main ally, the pro-Pakistan and Islamic hardline Jamaat-e-Islamic. However, Jamaat-e-Islamic having been de-registered by the Election Commission, has agreed to field its candidates on the BNP’s election symbol. A scenario not all parties in this opposition alliance are happy with.

“The people are desperate for a change, fed up of corruption and high handedness of the Awami League government,” claimed BNP leader Moudud Ahmed. “This will be reflected in the hustings”. Moudud Ahmed is also demanding greater international supervision of the electoral process.

The Awami League, not surprisingly, is dismissive of the opposition coalition, confident that its achievements will swing the polls in their favour for a record third time. “The smaller parties want nearly half the seats. That will cause tensions,” said top Awami League leader even as he admitted that seat sharing with allies is an issue for the Awami League as well, with negotiations with former president H M Ershad’s Jatiya Party still incomplete.

But the Awami League is pinning its hopes on voters' favourable reaction to Hasina’s appeal to ensure continuity in the development process and in the battle against Islamist radicalism. While her foreign policy success in balancing India and China, the West and the Islamic world has added to her image as a mature leader, it is her impressive domestic record that will be the focus of her campaign. Especially her decision to construct the $ 3.9 billion, 6.5-kilometre rail cum road bridge on the massive Padma River using internal resources. Even her most ardent supporters were apprehensive of undertaking such a massive project all on their own, but the bridge is more than halfway across and scheduled to open for traffic next year.

Hasina, daughter of the country’s founder Sheikh Mujibur Rahman, who undertook this huge project after rejecting the World Bank's funding offer because of unacceptable terms, is being touted as a big boost to national pride. “Henry Kissinger (US secretary of state in 1971) called us a basket case,” recalled columnist Haroon Habib, who was part of the Mukti Bahini guerrilla force in the 1971 war of independence. “Now we can bridge the Padma river with our own resources, which is no mean achievement.” The economic benefits from the bridge will also be considerable, according to economist Shahdul Alam. “This will connect the Dhaka capital region to 21 southern districts and boost our GDP by another 1.5 per cent,” said Alam.

Though elections are a month away, an opinion poll by US based International Republican Institute (IRI) gave Hasina high approval ratings, 66 percent, against her main rival, BNP chairperson Khaleda Zia (21 percent). More than 60 percent of respondents said the country is headed in the right direction. “If Bangladesh had a presidential system, Hasina would be a clear winner,” said columnist Sukharanjan Dasgupta. “But it has a first-past-the post parliamentary system, so the leader’s personal popularity alone may not be enough”.