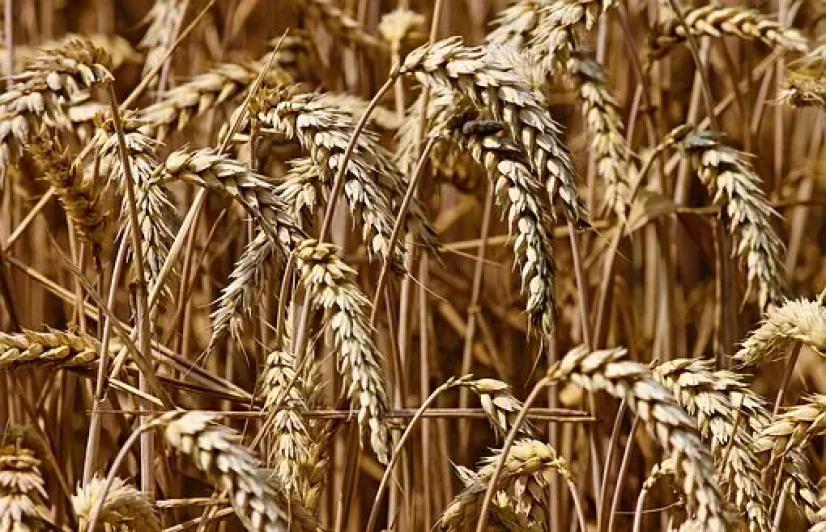 Chandigarh: As India grapples with the COVID-19 pandemic, the top three wheat-producing states are also battling with labourer shortage and other issues. While Uttar Pradesh is facing a shortage of labourers, Punjab and Haryana are waiting for combine harvesters to reach their farms so they can start the harvesting process.

As the lockdown is extended, the harvest of the rabi (winter) crop wheat is being delayed. Even though the Centre has allowed for carrying out harvest-related work during the lockdown, the insufficient labour force and lack of equipment have put a damper on the harvest.

In UP, the resting crop can impact the lives of farmers. Even a sudden spell of rain or fire from a flickering matchstick can destroy their investment and months of hard work.

Sunil Kumar Tiwari, a farmer in Chaktodar village of Bhadohi district, UP, had cultivated wheat in his 10 bigha (1.06 hectares) plot of land. However, and when the crop was ready, he couldn’t get it harvested owing to the lockdown. Now he stares at his empty field, which caught fire on April 10.

He mentioned that even though they informed the fire brigade instantly, the entire crop was destroyed by the time they arrived. He added that the crops in two adjacent farms were also destroyed.

Talking about the cause of the fire, Tiwari suspects that the fire might be an accidental one because of a cigarette or beedi.

Gyan Prakash, Sub-Divisional Magistrate (Bhadohi), told 101Reporters that they have taken cognisance of the incident and assured that the farmers will receive compensation under the Mukhyamantri Khet Khalihan Yojana.

In the 2017-18 rabi season, Uttar Pradesh was the largest wheat producing state with a production of 300.58 lakh metric tonne.

Similarly, farmers in Punjab and Haryana are also worried about their crop. According to Jograj Dhandhi, Joint Director of Haryana’s agriculture department, 25.53 lakh hectares of the crop is ready for harvest is ready in the state, while it is 35 lakh hectares in Punjab.

“If the harvesting doesn’t start soon, the crop will start shedding in the field. The delay will just increase the loss for the farmers,” Dhandhi told 101Reporters.

Sukhchain Singh, 65, had cultivated wheat in his 4.04-hectare farm in Barkatpur village of Patiala district of Punjab. He mentioned that the majority of his harvesting is done by combine harvesters, and the rest is done manually by labourers. However, the labourers, who are mostly from Bihar, have left the state owing to the lockdown, he added.

Harbans Singh, a farmer in the Bramhankala village of Ludhiana district, has a 4.8-hectare farm. “Owing to the nationwide lockdown, there is no provision of selling or procuring wheat in the mandi (wholesale market). The first battle is to get the crop harvested, and even if you manage to do it, what will you do with all the grains if you can’t take it to the mandi,” Harbans argued.

Punjab Chief Minister Captain Amarinder Singh has already declared that farmers will get relaxation when the lockdown is extended so they can carry out harvest-related activities.

Ram Kumar, a farmer in the Kunjapura village of Karnal district, Haryana, stated that the migrant workers left during the exodus from Delhi, and predicted that they won’t be coming back soon. “The harvesting period for wheat is from April 1 to April 30, and during this period most of the crop is cleared. Since we don’t have any labourers for our help now, I have started cutting the crop myself,” he said.

Ratan Maan, Haryana state president of Bhartiya Kisaan Union, alleged that the Haryana and Punjab state governments are apathetic to the woes of farmers. “Farmers are the worst-hit because of the coronavirus crisis. Since April 1, 1% of the crop gets destroyed each passing day, and if there is bad weather (rain or hailstorm), this loss can go up to even 50%,” he added.

“The rabi market season is important not only for the farmers but also for many labourers. Since labourers take grains as a barter for their labour, this contributes to their yearly stock. This time, it looks like these labourers are also not going to get work,” he told 101Reporters.

When it comes to harvesting and procurement of wheat, Haryana Chief Minister Manohar Lal Khattar look prepared, at least in his planning.

“We are developing a mobile app where harvesters will be made available, any farmer who needs a harvester can book it through this app. We will also be providing Rs 50 per quintal bonus to the farmers who bring their wheat to the mandis between May 6 and May 31. And for those who bring wheat between June 1 and June 30, Rs 125 per quintal will be given,” he told 101Reporters.

This move looks to be made so farmers don’t crowd the mandis just after the lockdown is lifted.

“Against 433 purchase centres and mandis last time, this season it has been increased to 2,000 to allow staggered procurement of wheat, which is likely to last over a month,” Khattar had earlier said.

However, Maan believes that though these steps sound nice, they aren’t practical. He highlighted that farmers don’t have any storage system where they can store the grains till May or June.

“Haryana and Punjab contribute to about 70% of the wheat in the central pool and even the government falls short of storage to store this amount. Where will the farmers get this much of storage,” he argued.