Villagers refute UP govt's claim of 18-hour electricity every day

Sultanpur, Uttar Pradesh: Recently, Uttar Pradesh Chief Minister Yogi Adityanath inaugurated 28 sub-stations, which is part of their goal to ensure 24 hours of electricity supply for every village in the state. However, despite the infrastructural changes, residents of villages in Sultanpur district complain that the situation remains unchanged.

Jai Kumar, a resident of Dikhaoli village in Sultanpur district, stated that though he knows that the CM inaugurated new sub-stations, they only get 10 hours of electricity each day. If something breaks down, it means that the villagers have to live without electricity for at least two days, he mentioned, while adding that the electricity supply is disconnected every 30-45 minutes.

Another resident Majila, who only goes by her first name, stated that though it’s better for them since the rains began, they are forced to cook early in the evening as they worry that there will be power disruption and have to often consume dinner in the light from oil lamps.

Surendra Kumar, a resident of Saray, stated that they usually get 10 hours of electricity each day. In the monsoon, the situation is worse and they receive no replies, even if they complain to the electricity department.

Every village has a dedicated light man, who is supposed to look after the electricity supply and repair, if anything malfunctions. However, villagers complain that the light men don’t pay attention to their complaints and also ask for extra money for repairs.

A resident of Dikhaoli village Vijay Bahadur Yadav stated that usually when he calls the light man, he says he is coming, but he usually doesn’t. Additionally, he also charges money and he feels that it’s unethical since he is already being paid by the electricity department, he added.

Vipin Gupta, a resident of Saray, stated that numerous times, villagers have had to pool in their money so that they can convince the light man to come and repair faulty electricity lines. “This is how they work. Firstly, they [the electricity board] don’t supply regular electricity. Secondly, the light man charges for repairs. However, we don’t have any choice. If we don’t pay, we will have to stay without electricity for days, which is unbearable,” added Gupta. 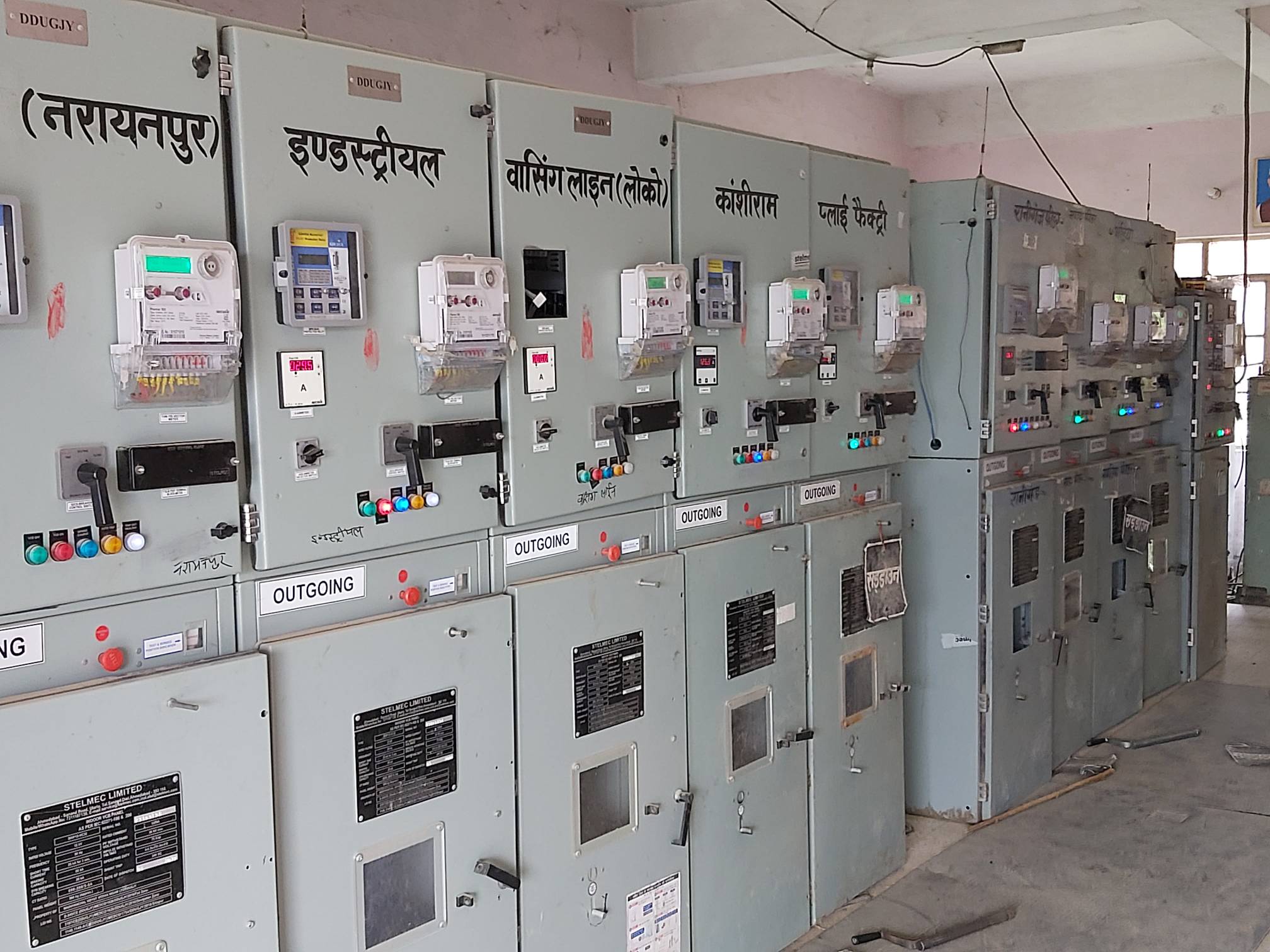 Inside view of a power house in Sultanpur. Credits: Bilal A Khan

Irregular electricity also affects the livelihood of the villagers. Vijay, who is a farmer, stated that they usually have to wait for hours for the electricity to resume so that they can get back to their work. He added that most of the village population isn’t rich enough to afford and maintain an electric generator to carry out farming.

Nanhe Lal, a resident of Naraharpur and a potter by profession, stated that for years, his work has hampered owing to irregular electricity supply and feels helpless as even the village heads are unable to find a solution.

Mohammed Athar Khan, the village head of Dehali Mubarakpur village, has given up on this issue. “We can't do anything. This has been going on for years. Nothing is in our hands," he said.

Prashant Giri, sub-divisional officer with the Sultanpur district electricity department, stated that they usually face issues with the supply as the wires are old. He added that there’s usually some problem or the other in the villages related to the electricity connection, owing to which they have to shut the electricity of the entire area to fix it.