Trafficking, crime and exploitation in the lives of orchestral dancers 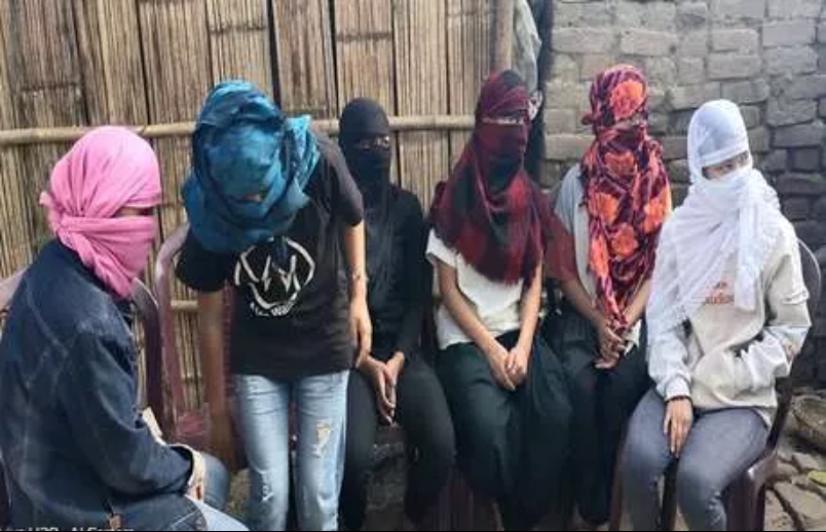 Raxaul, Bihar: Scantily clad women dancing to music in front of scores of men during a wedding is a common sight in Bihar. However, most of these women have been forced into the profession and are regularly subjected to non-consensual touching, among other things, when they are performing, local social workers say.

Social workers also mention that dancers are often victims of human trafficking owing to the lack of protection measures. On December 10, 2020, an orchestral dancer was shot in Raxaul. On September 23, 2020, a young man shot a dancer during the performance dance in Samastipur. Every year, orchestra dancers are subjected to instances of gun firings, kidnapping and coercion during the wedding season. Local journalists say these women are subjected to molestation, rape and torture in exchange of money, but such stories don’t come into the limelight.

Srikanth Saurabh, a journalist from Champaran, told 101Reporters that hiring these dancers to perform during weddings is an “absolute must” in the state. During weddings, people, who are usually drunk, often clash with other members in the crowd, leading to a brawl, which often ends when a bullet is fired, Saurabh mentioned. He informed that there are almost a thousand orchestra companies operating in Champaran and Saran.

He pointed out that such dance performances aren’t bound by social status, and even the educated people organise it. Most of the girls working in these group are minors and in need of money, he added.  Most of these hail from West Bengal and Nepal and are brought to Bihar under the garb of providing employment, he explained.

‘Abuse, a part of tradition’

In March 2020, six dancers allegedly from Nepal were rescued from Nalanda. The women said they were forced to perform to sexually suggestive songs in revealing clothes. On further interrogation, it was found that when they protested against the mistreatment, they were physically abused, the report added.

He added that it was common for the dancers to be abducted and raped, as well. He mentioned that the atrocities meted out against these women have been going on for ages.

Though the dancers and people present at the wedding have fun, the lives of hundreds of girls are being wasted and are in severe danger, stated Ratnesh Mishra, a member of Fakirana Society, a Champaran-based organisation working to address human trafficking.

Most of these young girls come from Bengal’s North 24 Parganas district, UP's Gorakhpur-Gonda, Delhi, Haryana and even from Nepal, he added. He highlighted that a majority of these women are minors and are lured by the appeal of the entertainment industry.

Mishra pointed out that the local administration is extremely negligent which gives a free pass to the local orchestra groups to procure trafficked women.

The orchestra operators, however, deny the allegations. Md Imamuddin Ansari, the director of Azmeri group from Siwan district, confirmed that many people open misbehave with the dancers and engage in indecent behaviour.

“We want to run the orchestra group as an artistic group. But people themselves become uncontrollable. They try to climb the platform touch the dancers, dance with them while holding money between their lips,” he added.

Even when they relent, the organiser quashes their demands saying, “All this goes on in weddings,” he mentioned.

Imamuddin emphasised that the lack of legislation and government supervision means that a lot of groups engage in human trafficking and prostitution. He said he has tried several times to get his company registered with a government body but has failed to do so.

Experts say that only the cooperation between the orchestra companies and the administration would ensure that the performers are not subjected to abuse and physical hurt.

Vijay Sharma, a manager with Prayas Juvenile Aid Centre, an organisation working with children from marginalised communities in Motihari, told 101Reporters that both, the society and the government, will have to come forward to stop the practice.

Sharma, who is also a member of the East Champaran’s anti-human trafficking cell, stated that the local police administration has become active and raids are being planned. Sharma highlighted that earlier the police administration had taken strict steps, and then this practice had stopped to a great extent, but it started again when the Superintendent of Police (SP) was transferred.

Speaking to 101Reporters, Naveen Chandra Jha, SP, East Champaran, stated that though no special drives are being carried out, they immediately rush to the spot if any crime regarding the orchestra dancers is reported.

If the dancers are minors, then their parents are informed, he added.

However, he pointed out that training to curb human trafficking is being carried out in Patna, and several times, teams come from Patna to train them.