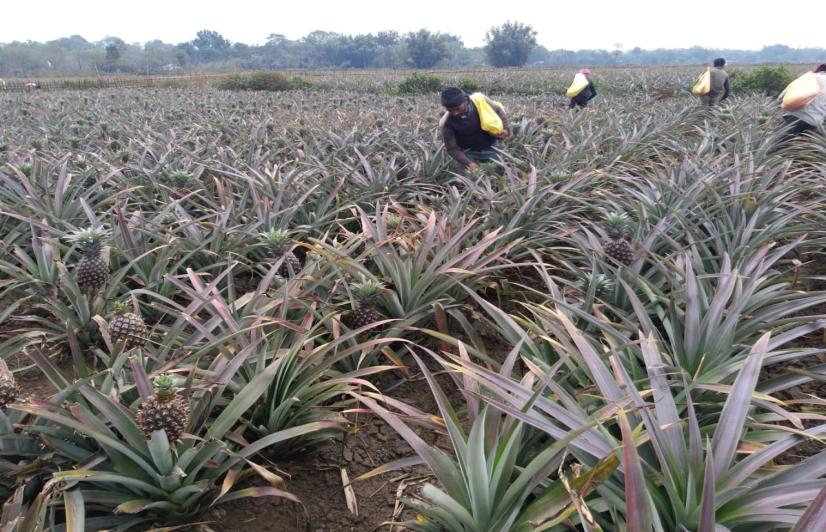 ﻿Bidhannagar, West Bengal: In the north region of West Bengal, pineapple farmers are still reeling under huge financial stress owing to the nationwide lockdown imposed to contain the spread of COVID-19. Many farmers are yet to recover the costs they incurred during the production.

At least one lakh people are associated with pineapple farming in Bidhannagar under Islampur subdivision of North Dinajpur district. Spread over 20,000 hectares, pineapple cultivation in Bidhannagar contributes around 80% to the state output and nearly half of India's total 20 lakh metric tonne yield.

According to the Bidhannagar Pineapple Produce Company (BPPC), a private agency responsible for pineapple production in the region, pineapples across 555 hectares land weighing 21,000 metric tonnes, worth Rs 42 crore, hasn’t even been harvested.

Badal Sarker, president, BPPC, stated that the lockdown had a negative impact on the pineapple farmers as they are incurring huge losses. The farmers are not able to sell their produce in the market and the pineapples are rotting in the gardens, causing loss of crores of rupees, he added.

However, after the restrictions have been lifted, the situation has been partially stabilised, he pointed out.

Farmers lament the high costs of taking care of each sapling. A majority of farmers had taken loans to grow their crops and in the absence of a market to sell their produce, they are under tremendous pressure.

Manas Singh, 28, who cultivated pineapple in 20 acres of land in Bidhannagar, stated that most of the farmers had taken loans after the productivity last year, hoping to make good profits, but the lockdown shattered their hopes.

To take care of a sapling, one spends approximately Rs 15, but under present circumstances, farmers like him aren’t being able to cover the production costs, he added.

“Most of us have taken Kisan Credit Card loans to do farming. However, the government has given a relaxation of three months but what after that? How will we pay the loan back? It is going to be difficult for us to survive in such conditions,” he mentioned.

He pointed out that the 1.35 lakh metric tonne pineapple yield last year prompted many farmers in the area to get into pineapple farming. 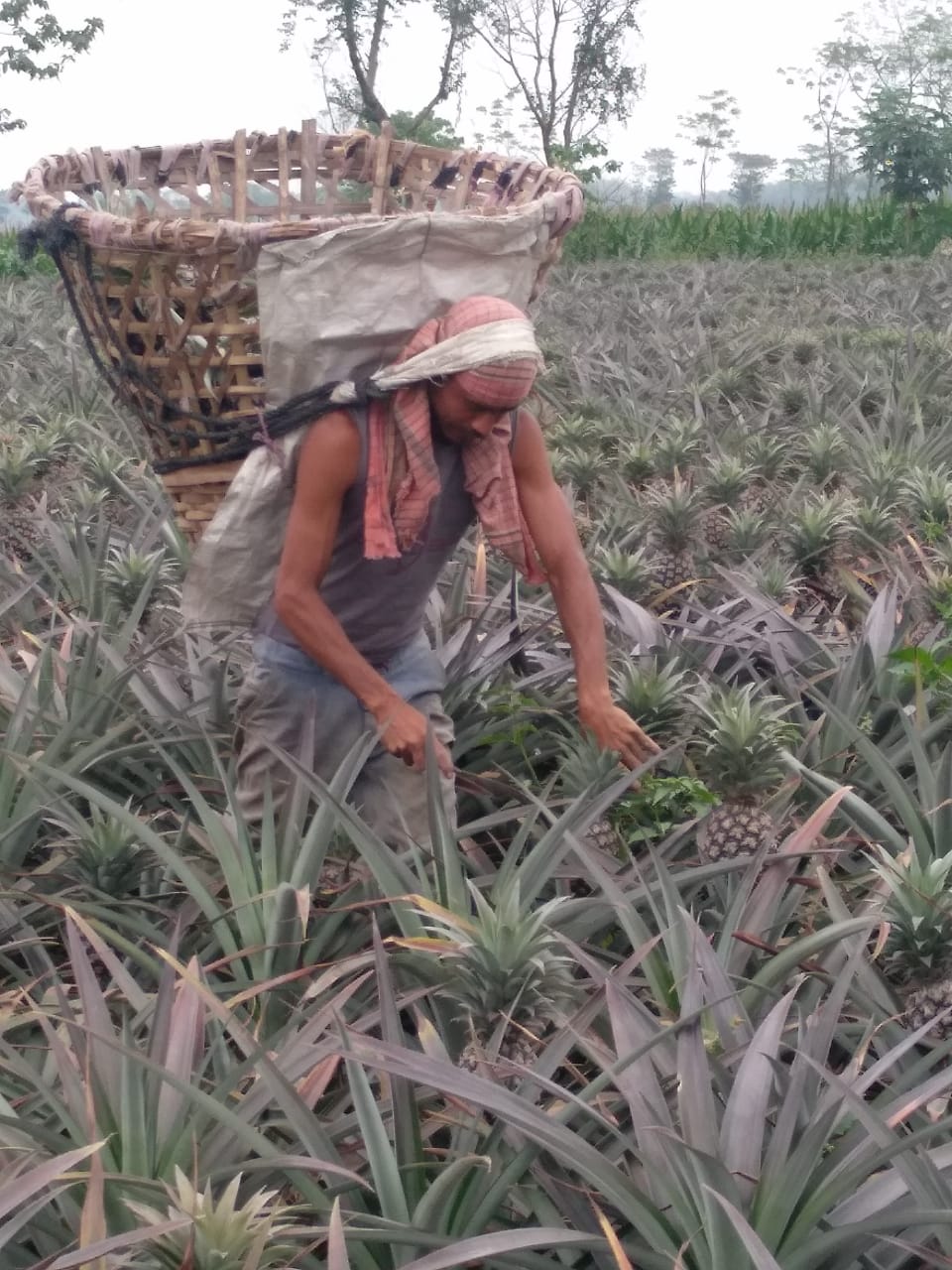 However, Nakul Kumar Ghosh, who has been in pineapple cultivation for 35 years, stated that he sold about 26 tonnes of his 36 tonnes yield from the March-April period.

He said he still has about two lakh pineapples unsold in his farm, but as the demand has decreased, no one is purchasing his produce.

Pineapples from Bidhannagar are sent to Jalandhar, Ludhiana, Amritsar, Jammu, Gorakhpur, New Delhi, Kanpur, Lucknow and other neighbouring countries such as Nepal and Bhutan.

Another local farmer Ajit Das, who cultivates pineapple in 15 acres of land, stated he sold 20 tonnes of pineapple at Rs 4 per kilogramme, while the rest was rotten.

Speaking to 101Reporters, Pradeep Singha, CEO Sonar Bangla Agro Farmer Producer Company, an agency that leases land to the farmers to grow pineapples, mentioned that after the lockdown was imposed, the pineapples have started to ripen in the garden, but can’t be exported, as the pineapples are plucked 10 days prior to their ripening for export purposes. As the exports have been closed, the farmers are selling them off at a cheaper price which does not cover their production cost, he mentioned.

However, he pointed out that the situation has improved after the restrictions have lifted and they are hoping to start exports by the second or third week of January.