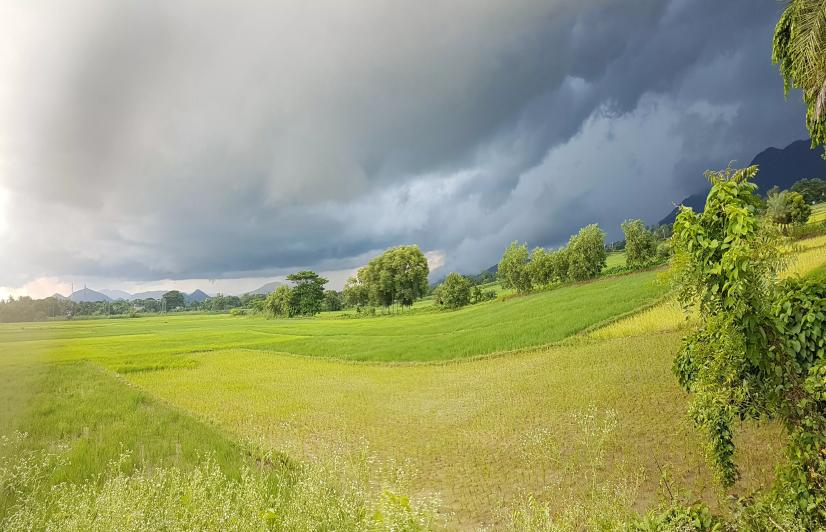 Bargrah, Odisha: Ground reality of Odisha's villages shows there is some truth to recent reports about rural India's improving economic condition. Better facilities and integrated farming are among the main drivers of growth, which reflects in increased spending, though not for small farmers.

In the last one year alone, the sale of tractor and farm equipment in the state increased by 40% and 30% respectively, informed a representative of a leading farm equipment showroom in Bargarh district's Attabira block. Requesting anonymity, an officer working with a leading national bank in the same block shared that their branch has been sanctioning 35-40 automobile loans a month on an average.

The location of the branch, with no urban or semi-urban area nearby, indicates disposable income of people of the region has increased. Ekeswar Meher, branch manager of Bank of India's Attabira branch, believes rural spending capacity has increased over the past few years.

Likewise, shopkeepers who sell electronic items and mobile phones informed that the demand for costly products has increased in villages. Lalit Pradhan, who owns a mobile shop called Lalit Recharge Centre in Lachida village, said that while earlier people would ask for phones in the range of Rs 2,500-Rs 3,500, now they are comfortable shelling out Rs 10,000-Rs 12,000. Catering to the nearby villages Bansipalli and Dumberpalli too, he said sometimes he also gets customers seeking to a buy a phone priced at Rs 15,000-Rs 20,000.

An electronic goods supplier whose showroom is near Rengali Camp on Sambalpur-Bargarh Road made a similar observation. He said demand for luxury items, especially air conditioners, has increased.

A recent study by the Bloomberg Economics on Rural Output Index and another survey by the National Bank for Agriculture and Rural Development (NABARD) hinted at an increase of income of rural India. Likewise, Economic Survey of Odisha 2017-18 says the state recorded a real growth rate of 10.39% in 2016-17, its first double-digit growth.

Sushrita Sahu, head of Krishi Vigyan Kendra, Bargarh, said higher paddy yield is behind improving financial status of the villages. Bargarh district is known for the highest paddy output in Odisha. The district is situated on the banks of Mahanadi river, eliminating hassles of irrigation. Odisha's rural economy depends primarily on agriculture. According to the state agriculture department, more than 90% farmers in Odisha are small or marginal farmers.

101Reporters spoke with 15 farmers, bankers, shopkeepers and showroom owners and gathered that though the villagers' income has increased, this growth is neither sudden nor manifold.

Tikamani Sahu, who practises integrated farming on 10 acres of land in Adagaon village in Bargarh, said his income started increasing and becoming stable when he started growing mushrooms and vegetables and rearing fish and goats. He said though paddy is the main crop of the region, they can't rely on it solely. He shared that about a third of the villagers now practice integrated farming, a trend he said is catching up.

Sahu informed that he and most of the farmers in his village have utilised the additional income to buy tractors and farm equipment, rather than luxury products, to make agriculture easier. His statement is in conformation with the latest NABARD survey on financial inclusion, which studied rural India’s behaviour in 2015-16. The report stated that in Odisha, there is a higher tendency towards saving and lesser on investments, unlike other states.

Subranshu Padhi, managing director of state-run Agricultural Promotion and Investment Corporation of Odisha Limited, explained that practising horticulture and pisciculture, besides getting involved with agro-based industries and food-processing units, has helped farmers multiply their income and minimise the risk associated with farming.

A senior official in the state agriculture department, requesting anonymity, concurred and highlighted that crop diversification too has been helping farmers. He said area under paddy cultivation is declining as other crops are also being sown now, making the same piece of land more profitable. He said the state government's initiative of Millet Mission, started in 2018, aims to take it further. Better storage facilities are also proving helpful, he said.

Further, timely procurement of crops at Minimum Support Price (MSP) by government agencies has also proven helpful. Tulasiram Sahu, a farmer from Birmal village, said about 98% farmers in his village sell their crop to the state government at MSP. He said they receive payment within a week, adding that hardly anybody else can give them better rates in the market. The agriculture department official said more than 50% farmers in Odisha are selling paddy to the government at MSP.

The official added that while sale of equipment and electronics might have increased, it would be premature to conclude that rural Odisha and its farmers are flourishing. He said a lot needs to be done before one can say the villages here are well off.

His remark conforms to the observation of electronic item sellers, who noted that small and marginal farmers aren't the ones seeking their products. Then there is the issue of farm labourers' uncertain income. Shyama Pradhan, a labourer from Dumberpalli village, said while their daily wage has increased to Rs 250-Rs 280 from Rs 180, which they used to get until two years ago, they don't get work regularly. He said illiterate and landless labourers are particularly helpless as they have no way to earn other than the unreliable manual labour.

Banking officials and villagers informed that about 30% of the borrowings in these areas involve private lenders. A farmer, Hemant Behera, said the incentive of no paperwork and easy availability lures people to borrowing from lenders.

Bankers tell that despite undeniable signs of growth, the situation is not all hunky dory, as evident by borrowers often defaulting on payment of vehicle loan's installments. That's why some banks don't sanction automobile loans. Jagabandhu Meher, branch manager of Utkal Grameen Bank, Kathadera, said they sanction mostly crop loans and often end up with borrowers who default on payment and wait for loan waiver from the government.