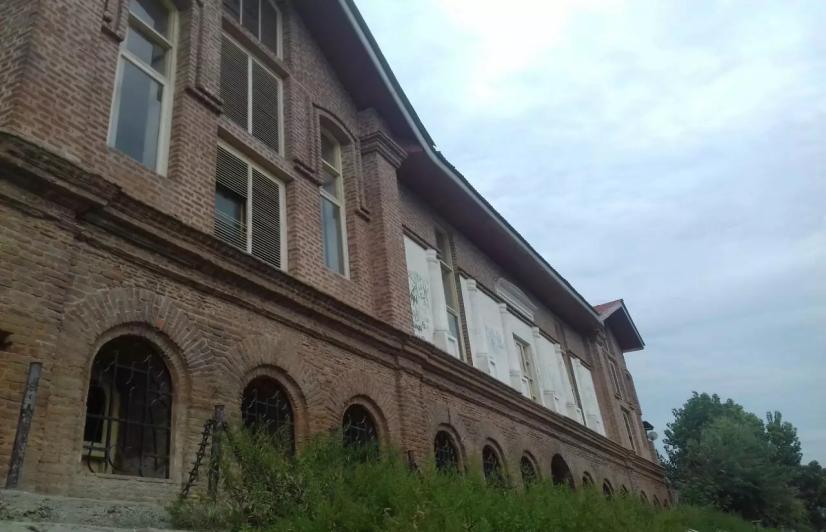 " Some of the guys, who were studying with me in a Srinagar's based school, in the valley of Kashmir, came in contact  through social media about seven or eight years ago. After which the process of telephonic conversation has been started  among all of all frequently. In fact, happy old memories of childhood spent in 'our mother-land' started coming and alive again. Subsequently,  one fine day, both my husband and I thought of building a house in Kashmir to get connected there. In this episode, one day i made aware my father with my desire of  building a house in the valley. Reacting on which my father said, 'beta', you are married, so you cannot buy land or house there in the territory of the state of Jammu & Kashmir, as of now. This was how I came to know rediculous   the provisions, rather practical implications of Section 370 and 35-A, very first time , says Supriya Mazari (Kapadnis), a migrant of the valley,

Supriya with full of triumph says that "I can think of it now, as the central government has removed the restrictions in the said Section, imposed seven decades ago, which made unqualified even  to buy a house in mother land, not only me but also all other girls, having been married to "Non-Kashmiri's". I don't have words to express my happiness, but It is really like a unexpected dream, which is comming true, of all the Kashmiri migrants, when  came to know the news that the Parliyament had removed the Section 370 and 35-A. It was absolutely causes of making me and other same kind to feel either abandoned or a illegal migrant indirectly, in our own home state, just because I am married to a non-kashmiri guy, she added.

By saying it Supriya went into 'flashback' of childhood spent in the heavenly city of Srinagar. She says we had a three-story ancestral house in a street at 'Nai-Sadak' very famous area, a little distance from Lal Chowk in Srinagar, where grand parents, mother, lived with a brother and a sister. My father was an administrative officer in the Central Government's institute Geographical Survey of India (GSI). I used to study at Lalded Memorial High School in the city. What were those days when I used to go out to study with my colleagues  playing and laughing. My Kashmiri friends informed that there is no longer a school to study as it has transformed into 'Lalded Cultural Center', in Srinagar city, as of now.

Supriya says that I can easily remember there was nothing wrong and life was going smoothly in a very cordial atmosphere in Srinagar,  but all of a sudden it was deteriorated,  in the early 90's as the terrorists had put an end to the peaceful peace of our city.   I used to stay at home as my winter vacations were going on. I can remember that It was being announced addressing non-Muslims from the mosques to flee  in Srinagar. The people of aur Pandit community were being killed in Srinagar. Rifle-taunting terrorists used to pass through our neighborhood. Although no one was killed in my house, but people were shot and killed in the neighborhood. However,  the  terrorists also came to our house during that time.

While remembering those very  horrible memories Supriya said that when the terrorists enter in our home, my grand mother used to hide we all the three brother and sisters, in store, at the top of the house as they used to ask about the children and for taking  brother for training. We used to look down through the glass of the windows, hidden in the store. I remember well that on the 26th of January, the force opened fire to drive out the terrorist. Since our house was in the street, an injured terrorist came and sat outside our house, saving his life and ran away, after that my father had cleaned the blood by throwing water, she added.

On seeing this, the atmosphere in Srinagar became so scary that people started leaving home to save their lives. The purpose of the terrorists was also to spread panic by killing people to drive them away. I remember well that we brothers and sisters had slept for about a week wearing shoes only. In the meantime, Papa made a train reservation from Jammu. Our whole family arrived in Jammu by taxi. After which we left for Dehradun, where my uncle was a scientist at  Wadia Institute of Himalayan Geology,  That's how my family came here to live . I was 12 to 13 years old when we have migrated in Dehradun. I got subsequent education living over here and now I am married to  Mr. Sachin Kapadnis, based in Nasik, a famous city of Maharashtra".

Supriya said "Apart from it, I would like to make very clear that before the drastically increase in terrorism during those days,  atmosphere was very smooth, we used to live in very harmonous surrounding in Srinagar. I had never felt communal distinction and got affection from muslim's neighbourhoods.  Even most of the muslim localides were very protective for pandit's girls, when used to roam in the circle. As of now, I realise that few people may have been involved in violence, might be either under terrorist's  influence or may be mobilised in the name of so-called  'freedom', slogan were given. Frankly speaking I can't stake any claim of the reality of their mindset", she added.

Supriya says, "my husband oftenly taunts me with fun that I should visit the real in-laws in the valley of Kashmir once. I have never ever been in Srinagar, since our family was migrated in 90's, even my perantal family too, because of the existed situation and  deadly bad memories of fear. Since I got connected with my childhood friends through social website, seven or eight years ago, I started to miss my motherland. Not only myself but Husband has charm with it, I had asked my father of having a house in the Kashmir. Then he told me that it was just not possible for me to buy a property,  loosen right after getting married to a Non Kashmiri. This is how I came to know the provisions, rather practical implications of Section 370 and 35-A, technically very first time, was really shocked.

As of now, hopes are aliving again in light of removal of above-mentioned restrictions recently, causes kept us away from our mother land, in spite of born and brought up in territory. In the same way feel that we will have an autority there in the emerging new ira now.  But it is also worrisome too, a very tenced situation arrised in the valley, due to the development took place, all of a sudden very unexpectedly in the parliament, which was long awaited. We pray to the lord God to normalize the situation in the heavenly valley soon.  Let's hope that lacks of kashmiri people migrated in 90's, residing here and there all over the country, will return towards their root.