Many toilets exist only on paper in this Amethi village 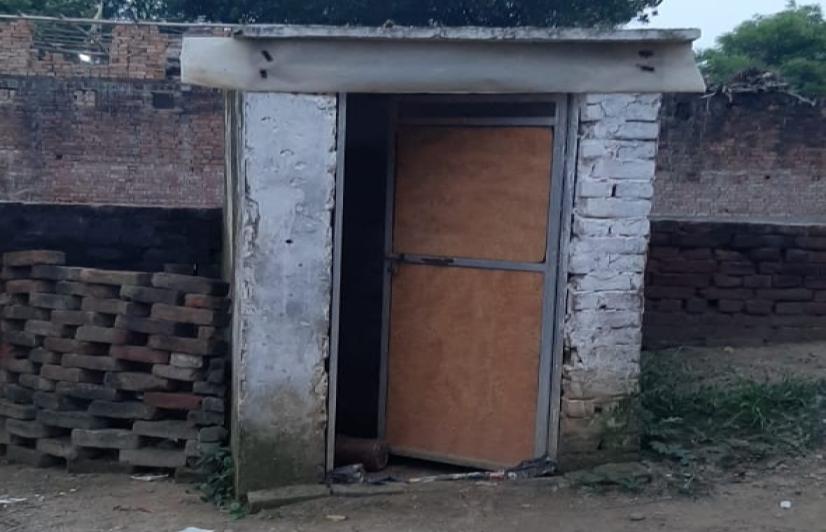 Amethi, Uttar Pradesh: While Amethi district was declared open-defecation free (ODF) in November 2018, the residents of Chanderiya village of Sangrampur block claim that the number of toilets is much less than what the official data show.

According to the data on the Swachch Bharat website, 435 toilets have been built for below-poverty line families in the village. However, a ground report by 101Reporters found otherwise. A resident of the village Aijaz Khan stated that many other residents have complaints against the current village head for not providing them with toilets under the Swachh Bharata Abhiyan mission. Then, he took it upon himself to get to the root of this matter. He found out that only 284 out of the 435 households had toilets.

According to the guidelines, a sum of Rs 12,000 is provided to each household to build a toilet. So villagers allege that the authorities have siphoned off Rs 18.12 lakh, which was supposed to be used for building toilets.

Another villager, Muneshwar Prasad, stated that he has been requesting the current pradhan to help him build a toilet for over a year. Prasad received a cheque from the pradhan is September but it bounced. He said he has written to the sub-divisional magistrate, complaining about the issue.

Kamaluddin, who only goes by his first name, stated that he has submitted documents to get a toilet built, but is still waiting for one. However, according to official data, he already has a toilet. Another villager Imtiyaz Khan stated that he approached the pradhan and gram sabha secretary multiple times to request them for a toilet at his house, but was told that they’d have to wait as funds had not been released yet.

It’s extremely dangerous for women to go out at night as there have been a rise in cases of violence against women in the state. A resident Nurjaha Bano stated that they have to go out in the open to defecate or urinate as they have no other facilities. "We have no choice, but to go out to defecate. We are forced to go out. It's not by choice," she added.

She stated that she has submitted the necessary documents for a toilet long ago, but has no hope.

Speaking to 101Reporters, village pradhan Tufail Khan stated that they have only received funds for the 284 toilets built in the village and claimed that they’d get the rest finished as soon as they get the funds. Gram Sabha secretary Ramji Gupta repeated the same. He argued, "How can toilets be built for which we have not received the funds!"

When contacted, Ankur Lather, Chief Development Officer, Amethi, said she was unaware of the issue, and refused to comment any further on the topic.