Kanpur's trans* folk get vaccinated without having to endure humiliation 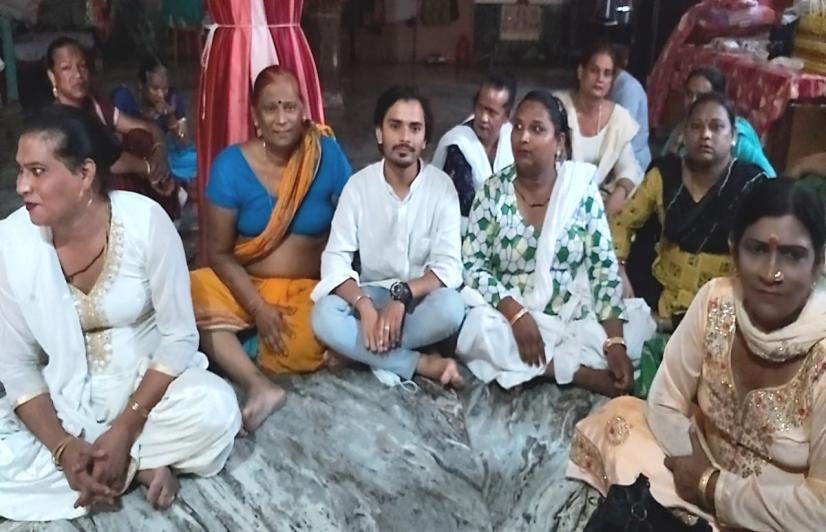 A special vaccination camp welcomed members of the LGBTQ community who had earlier either stayed off vaccination centres fearing harassment and humiliation or were denied the vaccine over inaccurate gender information on identity documents.

Kanpur: Misinformation about the COVID-19 vaccine is discouraging certain sections of the population from taking the jab, but for the LGBTQ (lesbian, gay, bisexual, transgender and queer) community, the battles are different. Humiliation and harassment by the public while waiting for their turn in queues have become the norm and are often followed by denial of the vaccine by personnel manning the vaccination centres over incorrect gender information in their identity documents.

Tarana Kapoor (19), a member of the transgender community in Kanpur city, went to a COVID-19 vaccination centre in late September to receive the shot. Although she managed to get the vaccine, she said she had to suffer much humiliation. “I felt embarrassed because people were staring at me as if I was an alien. Even though initially I thought of leaving the place without receiving the vaccine, I decided that I should not lose heart because I am different. I stayed till I received the vaccine,” Kapoor told 101Reporters.

“The social stigma against the LGBTQ community is one of the main reasons behind its members shying away from visiting vaccination centres. We do not want to face the discrimination and humiliating stares from the public. We are humans too,” added Kapoor.

Such discrimination is the reason why the percentage of members of the LGBTQ community vaccinated against COVID-19 is low. According to the government, 120 crore Indians have received at least one dose by mid-November, but this includes only 2.7 lakh members from the community – a little more than half of the registered third gender population in India.

Another major hurdle members of the community are facing are discrepancies in their identity documents regarding their gender. And citing this, personnel at vaccination centres often refuse to administer the vaccine to them.

Mariya Yadav (26), a transgender woman in Kanpur, told 101Reporters that after a long wait in the queue, ignoring disturbing stares from others, she was denied the vaccine at a vaccination centre in early September. “The gender mentioned in my Aadhaar card is male. The personnel at the centre told me that my appearance and the way I talk did not match the gender mentioned in the document, and hence, they could not administer the vaccine. It was humiliating to explain to them that I was born male but underwent sex reassignment surgery (SRS) six months ago. I was embarrassed and left the place deciding not to take the vaccine ever,” said Yadav.

However, Yadav took the vaccine at a two-day camp organised exclusively for the LGBTQ community at Bal Bhavan Phool Bagh in the city by Kanpur Queer Welfare Foundation from October 12. “There was nobody to judge them or question the mismatch of gender information in their identity documents,” said Anuj Pandey who, along with his partner Shaan Mohammed, co-founded the NGO.

“I was excited when I came to know that the NGO was organising a vaccination camp exclusively for us. At the camp, I was vaccinated without being humiliated, alienated or judged for my sexual orientation. It was a very comfortable experience for us,” said Mariya, adding that more such camps should be organised for the community.

Besides, because of lack of awareness, many community members also fall for the myths, rumours and misinformation being spread about “dangerous after-effects” of the vaccine, and avoid taking the vaccine. “They believe that the government is against the community and is trying to wipe them out with the vaccine. They think that the vaccine causes severe health complications in persons who are in transition or have undergone SRS, which would kill them within in a year,” said Pandey, adding, “Some people do suffer a bout of fever, headache and body pain after the vaccination, but it is normal. Baseless rumours are spreading a scare among people about the vaccination,” Pandey said.

The NGO, which has been working for the welfare of the LGBTQ community in Kanpur for more than two years, conducted awareness campaigns for about three months before organising the two-day vaccination camp. It has also been supplying grocery and hygiene kits to the community since the outbreak of the pandemic.

According to the NGO’s records, Kanpur has more than 1,000 transgender persons, and it was expecting at least 500 of them to attend the camp. “Only around 250 persons received the vaccination at our camp. However, it has encouraged many other members of the community to approach the common vaccination centres to receive the vaccine. This is a huge feat for us,” said Pandey who thanked the district magistrate and other administration officials for giving them approval to organise a vaccine camp exclusively for the LGBTQ community.

“We organised meetings as well as formed WhatsApp groups for the community to educate its members about the importance of the vaccination and encourage them to come forward. We have managed to convince at least 50 percent of the community that the vaccine will not harm them. We have also urged the district magistrate to issue an order not to deny vaccination to members of the LGBTQ community over discrepancies in their identity documents and accord them priority at the vaccination centres. He has agreed,” said Pandey.

District Immunisation Officer (DIO), Amit Kanaujia, agreed that the camp was the need of the hour. “Apart from the social stigma associated with the community, its members are also financially most affected because of the pandemic and cannot afford to pay for the vaccine. We will organise more such camps for the community with the help of Kanpur Queer Welfare Foundation,” he said.