Dehradun, Uttarakhand: The lockdown imposed because of COVID-19 earlier this year has severely hampered the earnings of Uttarakhand's small farmers.

They weren't able to take their produce to the market because of the strict lockdown, and thus could earn precious little.

Since agriculture is difficult on the hilly terrains, local farmers grow different types of vegetables and use different farming techniques. Bhagchand Ramola, a farmer from Majhgaon in Tehri Garwhal district, stated that he grows Japanese varieties of rice and vegetables. He mentioned that he was taught the techniques of Japanese farming in a local government-funded institution.

“The climates of the mountainous regions of Japan and Uttarakhand are almost identical. Through the organisation, Japanese people gave the seeds of their special vegetables and grains like rice to the farmers. We were also given training in Japanese farming techniques,” he explained.

His harvest doesn’t find buyers in the Saklana strip in Dhanaulti Tehsil of Jaunpur Development Block, and most of his agricultural produce is marketed in Delhi, but the lockdown implemented in March and the curbs on transportation affected his sales.

Ramola mentioned that only after the lockdown restrictions were eased he could send his produce to Delhi, but added that he would hardly earn a profit of Rs 750 each time for about 30 kg of potato and cabbage. 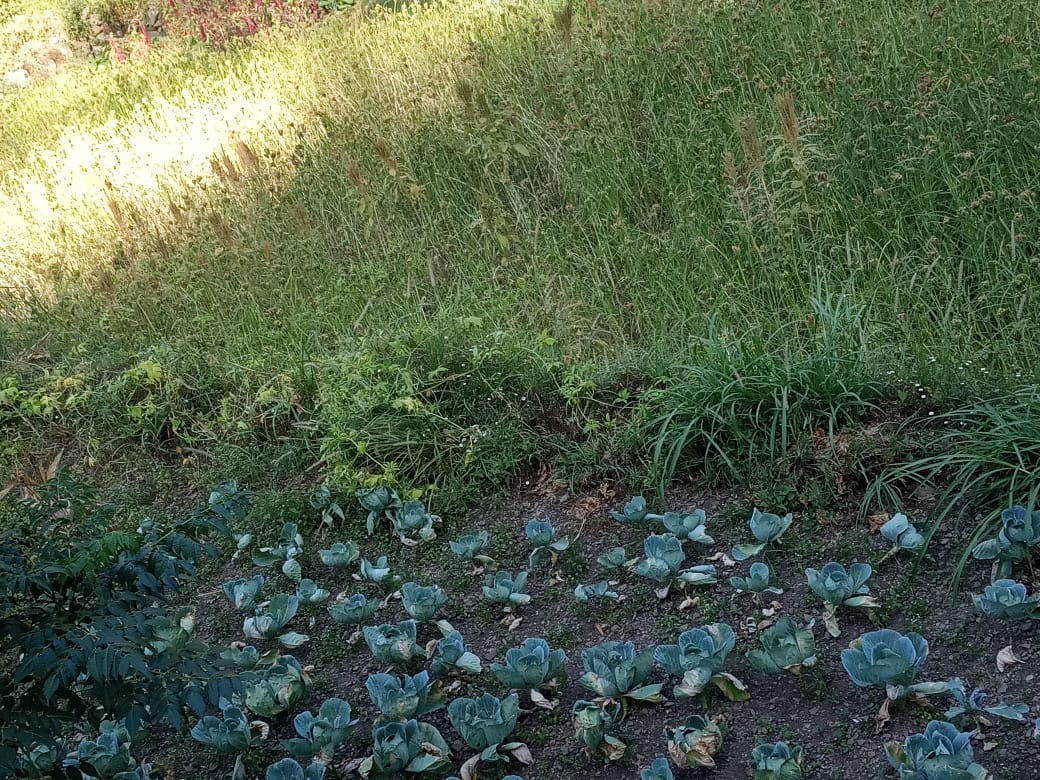 No one was around to buy vegetables such as Japanese onion, Japanese soybean pod, gobo (a variety of Japanese radish), buckwheat, parsley, celery, lettuce, lead leaves, nari and komatsuna as many expatriates had returned to their home countries, he mentioned. He added that he had to postpone the harvest three times because of the lockdown.

Tsuchiya Yamasaki Noriko, a New Delhi-based organic vegetable wholesaler, buys her produce from farmers like Ramola. She explained, “It was difficult to get vegetables from distant farmers. All my customers are Japanese. Almost 90% of the Japanese living in Delhi-NCR went to their country. Our sales have fallen drastically.”

A part of Ramola’s farms is irrigated with the help of Song river at the top of the field and the rest is dependent on the rains. Ramola informed that there should be no rain in the first 24 hours after sowing, but it rained heavily in the entire Sakalana belt after the seeds for pea crop were sowed in August.

Anjali Pathak, a Lucknow-based agricultural expert, stated that during the lockdown, the movement was limited and farmers had to resort to throwing away their produce. "As long as the hotels, restaurants and tourism business doesn’t resume, the farmers keep on suffering,” she commented.

(This article is a part of a series on Covid’s impact on India’s marginal farmers. The series has been funded by Internews Europe.)