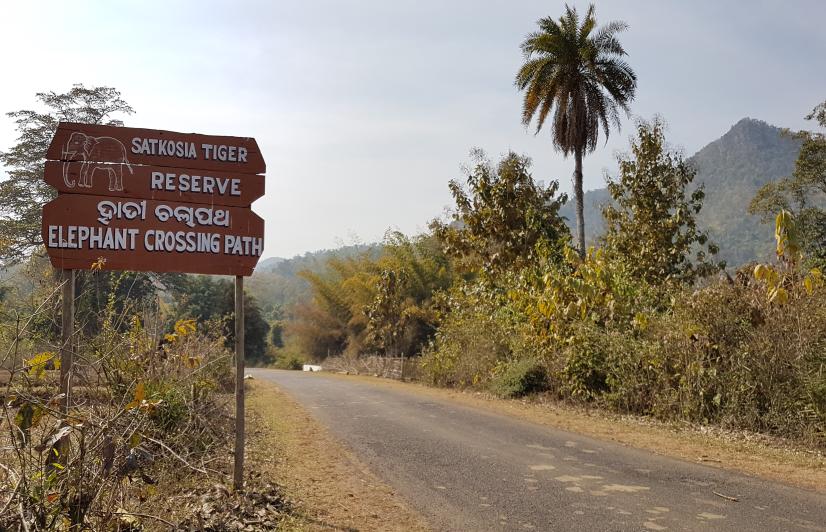 Thanks to wildlife conservation, Tikarpara welcomes visitors of a different kind

Tikarpara (Odisha): Villagers of Tikarpara always knew how to draw tourists to the destination. Even when the State hadn’t woken up to conserve the rich biodiversity of Satkosia Gorges in Eastern Ghats of India, Tikarpara, nestled on banks of Mahanadi, had its share of visitors. Geographic remoteness and exploitation of migrant labourers for entertainment purposes by higher ups in the bamboo industry introduced this village to commercial sex work in the 1950s.

When Satkosia Gorge sanctuary and Baisipalli sanctuary were set up in 1976 and early 1980s, respectively, Tikarapara was already infamous as a hub of commercial sex.

Historian Manjuprabha Mohapatra, 58, a professor at a private university in Angul who has studied Tikarpara and nearby areas as a former researcher at the Bhubaneswar-based Utkal University, explains how sex work flourished in the area. “Initially they used to supply bamboo and forest produce to the industry, but were later forced for commercial flesh trade and were used for entertainment of the officials of the companies. Soon, some realized it was a good source of income,” she says.

The industries shut down by early 2000s affecting the demand for sex work in the area and giving Tikarapara a chance to pause and reflect until the Tiger Reserve threw open other avenues for its residents to earn a livelihood as cleaners, cooks, caretakers and guides. Several others opened stores, eateries, and those who owned boats got into the river cruise business.

Srikant Hembram, 62, a daily labourer who resides in Tikarpara, says it was around two years ago that the village committee convened a meeting with representatives from all age groups and the local police in attendance, where it was unanimously decided to shun sex work as a commercial activity. Hembram says the village was turning anxious when marital alliances began to be turned down because of the reputation Tikarpara had earned.

While flourishing tourism has provided an alternate means of livelihood, a few still earn their bread from flesh trade, according to local police personnel.

River cruise on Mahanadi is among the most popular activities here and the locals are now an integral part of it. “Around 20 households from our village run boats for tourists. We take them to explore a crocodile camp nearby, a trail amid the seven hills, a nice picturesque waterfall. Our boat rides are usually an hour-long where tourists get to see the best parts of the area, including the migratory birds flocking on the river,” says Panchanan Nayak, a Tikarpara resident who runs a boat cruise.

Those who own their boats charge between Rs 500-Rs 600 per person for an hour-long boat ride. While boat owners manage to run two to three rides each everyday, the demand gets better on public holidays and weekends. The time between December and February sees maximum tourist footfall into Tikarpara nature camp.

Spread across 963.87 sq km in four districts---Angul, Cuttack, Nayagarh and Boudh---of Odisha, the Reserve protects beautiful gorges formed with Mahanadi’s mighty flow into the Eastern Ghats. Among the several trails inside the Reserve, one leads to the Tikarpara nature camp set amid lush green tall trees on rocky hillocks. The camp gives travelers an option to stay on the river bank in the jungle, cruise on the river as it flows between seven hills and walk the numerous trails where one may see deers, elephants, crocodiles among other inhabitants of the jungle.

This new life, however, has brought villagers face to face with a situation they weren’t prepared for. A tigress named Sundari who had been moved to Satkosia from Madhya Pradesh ended up killing two locals in villages close to Tikarpara last year. Irked villagers had  burnt properties of forest department and protested against moving animals here from other habitat. Odisha forests department has planned to send them on a study tour to learn how to cohabit in areas close to a Tiger reserve.

With each new tourist, the locals are learning particulars of hospitality, customizing their food and services accordingly. Those well versed with the geography and animal behavior are hired by the forest department as guides and drivers. Range officer of the area, Gajendra Behera, says both, domestic and international tourists visit the reserve to enjoy India’s untouched landscape. “Those planning a visit (to Satkosia Tiger Reserve) now have the option to book their tickets online,” Behera says.

Wildlife conservation is taking Tikarpara ahead of its sordid past, one tourist at a time.

Barricaded with wires to prevent animals from entering, the camp provides food and has toilets. A tent here costs around Rs 3,000 per day varying according to the selected package.