From being a major gold mine, KGF now begs for development 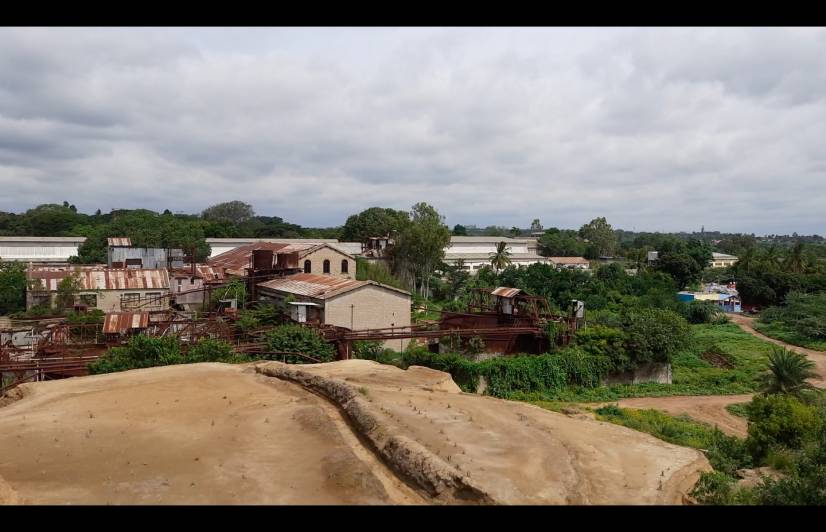 “The government has taken 40 precious years of my life, used me and left me to die when their work was completed,” stated K Esavel, 79, a resident of Karnataka's Kolar Gold Fields (KGF).

The KGF is situated around 100 kilometres from Bengaluru. Operated by the Bharat Gold Mines Limited (BGML), a public sector undertaking, the KGF was the world’s second deepest gold mine at a depth of 3,000 metres. The mines remained active for 121 years before it experienced an unsystematic closure on February 28, 2001. The mines were closed owing to high operational costs and low revenues.

Called as Mini England, KGF became the first Indian city to be electrified in 1902. The British government had also constructed a lake to meet the water demands of the area. When the mining was operational, they didn't experience power cuts and water shortage but now there is neither proper electricity supply nor drinking water, Esavel stated.

The labourers, who used to work in the mines, live in poverty without any financial and health aid from the government now. Residents live in shanties smaller than 100 square feet in over 400 colonies around the BGML, where they don’t have access to proper toilet facilities. Open drains in the colonies carry wastewater, which contributes to a number of communicable diseases.

Kalai Arasan, a resident of KGF’S Mill Colony, informed that there are only five public toilets and nearly 2,500 inhabitants rely on them. She claimed that all the men and more than half of the women residents defecate in the open.

The local municipality didn’t pay heed to the several complaints made by the residents demanding proper toilet facilities, she mentioned. When the toilets weren't cleaned for over a year, the residents started cleaning them because they feared a disease outbreak, Kalai added.

The mine was closed without any prior intimation and left environmental waste near the BGML site. The mines have generated about 35 million tonnes of tailings from ore processing. The effluents are dumped in mounds, which comprise cyanide and silica.

According to a study, there are 13 major dumps on the surface occupying about 15% of the total land area in the town and some of the cyanide dumps, locally known as cyanide hills, rise to a height of 40 metres.

The mill tailings contain sodium cyanide, which is used along with lime to extract gold, while some other additional chemicals used are copper sulphate and sodium silicate which is present in the dump and in some low lying areas, froth is seen on the surface due to acidification of the tailing materials of sulphide dust due to interaction with water, the study added.

A local environmentalist Vijay Kuman stated that the groundwater in the area has been contaminated by the dump. He explained that the streams, which flow through the tailing dumps, cause floods during monsoon and chemicals from the dump seep into the water tanks and fertile agricultural lands. This has made the land infertile, whereas it was once used to grow vegetables, paddy, ragi and groundnut.

He added that though the area receives good rainfall, the lack of proper catchment areas means that water isn't collected and the district experiences droughts regularly.

A number of former employees suffer from silicosis. Esavel mentioned that though he didn’t develop silicosis as he only worked underground for a few years, he developed liver problems. The workers who used to work underground had silicosis owing to the blast, gases and smoke, he highlighted.

He mentioned that only a few employees of the mine are alive now, while a majority of them have died after developing diseases such as silicosis and lung cancer. There are no proper hospitals, and they usually have to go to Bengaluru for treatment, he added.

The cyanide dumps are covered by a cloud of dust and reeks of sulphur dioxide, which is caused by oxidation of sulphide associated with the tailing materials causing air pollution, a study added.

Particulate matter (tiny dust particles) from the dump is the major cause of skin allergies and respiratory problems in the area, residents say.

Annan S, a shopkeeper in the city’s main market, stated that it’s difficult to breathe during windy days owing to the dust particles in the air. Rashes, allergies and respiratory problems are common in the area, he added.

Murali K, the town’s health inspector, told Mongabay-India that silicosis is the common disease among the mineworkers while adding that it has also led to lung cancer in people.

He admitted that no measures are being taken to stop the spread, but they are trying to contain air pollution by planting the saplings on the cyanide hill.

Educated, but no jobs

About 2.6 lakh people still live in KGF, and regularly travel to Bengaluru for work.

A KGF resident Valaras M, 22, mentioned that he travels to Bengaluru to work as a daily wage labourer. He stated that a major portion of his earnings is spent on travel, and he works in Bengaluru for two consecutive days, comes back home the day after, takes rest, and then follows the same routine.

He highlighted that it doesn’t matter even if they are educated since there are no jobs and most people travel to Bengaluru for work. After the closure of mines, there are no companies operating in the area, apart from Bharat Earth Movers Limited, but some people have also started driving auto-rickshaws and set up shops, Valaras added.

The former employees of the BGML allege that they are getting no or very less pension. Another resident K Subramani, 67, who used to work as a supervisor in the mines, stated that he earns about Rs 650 as pension each month, and complains that the BGML had promised that the amount would be raised to Rs 3,000.

Esavel, who worked underground in the mine for 11 years, stated that he was forced to voluntarily retire before the mine shut down, but he doesn’t get any pension and was forced to work as a daily wage labourer to make ends meet.

“We suddenly became untouchables after the closure of mills and the government is ignoring us like we don’t exist,” Esavel added.

The COVID-19 pandemic has marginalised the people further as the trains are not functional. Valaras said he has been sitting idle at home since the start of the lockdown and is facing financial difficulties.

Esavel also hinted that since they are from Tamil Nadu, they face discrimination on a regular basis. He said that almost 90% of the people living here are Tamilians because when minings started, people from Karnataka didn't want to work here, as they feared going underground.

S Rajendran, former KGF MLA and Republic Party of India president, stated that KGF has always been neglected when it comes to allocating funds for development. He added that people of KGF are living in poor conditions because of the apathy of the government.

“In KGF, we have the manpower, good infrastructure and acres of land, which can be used for industrial purposes and the borders of Andhra Pradesh and Tamil Nadu are close by. The state government should have capitalised on these things to create employment opportunities for the people in KGF,” she said.

We must build proper infrastructure for hospitals here, and it is the responsibility of the government to create employment opportunities, but currently, the government isn’t focussed on the development of KGF or reopening the mines, she added.