Death and decline stalks the nomadic Gujjar tribes of J&K 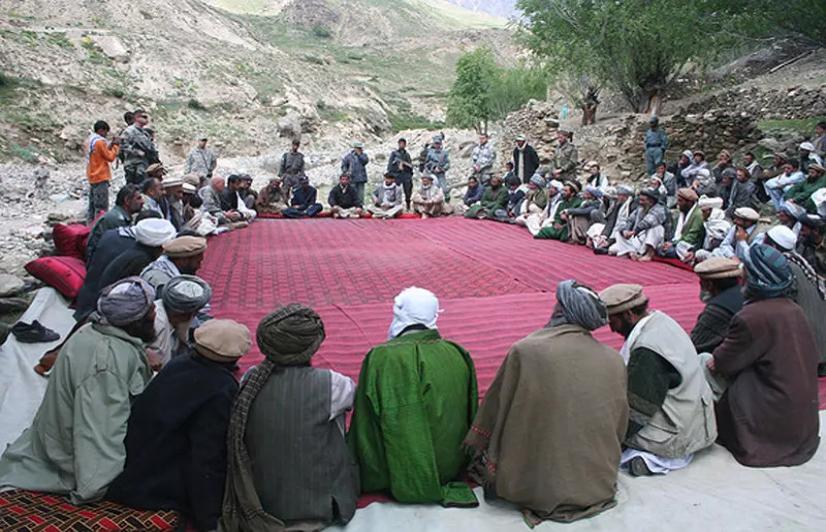 Jammu and Kashmir: At a height of 10,000 feet surrounded by mountains lies Padri, a lush green grassland with traces of snow. Tourists are generally unaware of this area and visit the place under recommendations of locals from Bhaderwah, which is the nearest town and 40 kilometres from Padri. This region in Jammu is gaining traction among tourists from northern Indian states.

However, after a short stroll in Padri, one stumbles upon the graves on the slope of a hill guarded by barbed wire. The graveyard belongs to the members of Gujjar-Bakerwal—a nomadic community in Jammu & Kashmir (J&K)—who put up their huts in Padri during their seasonal migration. They bury the dead, most of whom died owing to the absence of proper medical care, in the graveyard.

While the area buzzes with tourists during the summer, it is deserted during the winter as it receives heavy snowfall on top of the landslides the single-lane road to the area witnesses.

Gujjars move to the lush green meadows in mountainous regions during the summers and come back to plains of Jammu and Punjab during the winter season. During the move, most (pls change most with many) of them develop injuries and even diseases.

Javed Rahi, the General Secretary of Tribal Research and Cultural Foundation, said many Gujjar women develop tuberculosis, which sometimes results in death, as they have to work on temporary mud stoves, which they build for their temporary halt during migration. He added that bronchial problems arise from the smoke emitted by the stoves.

Rahi, who has conducted several studies on the Gujjar population of J&K, said many Gujjars bring their sick animals inside their settlement during harsh winters and that gives rise to many diseases.

He revealed that sometimes the nomadic tribe is forced to bury their dead even in forest areas in case of death. While funds are released for the health and education departments to set-up infrastructure for Gujjar community on their migratory routes, he said, “nothing is visible on the ground.”

Gujjars, despite constituting nearly 12 lakh (as per 2011 census) of the total population of J&K, have not been able to become a major vote bank due to their migratory nature. This has led to them being neglected by almost all political parties in the state. They don’t receive medical attention at their halt points during migration leading to many deaths in the community.

Many attempts have been made to make Gujjars settle in parts of the state, but they refuse to shun their nomadic nature.

Rehman Ali, 59, a nomadic Gujjar who had come to Padri during seasonal migration, said an ailing member of the community is sometimes taken on a cot for several kilometres for treatment. He revealed that he has witnessed the deaths of many owing to the shortage of healthcare facilities while adding that they can avail proper facilities after reaching the Jammu mainland in winters.

No education for Gujjars?

Unseasonal snowfall and heavy rains put the lives of nomadic Gujjars and Bakerwals at high risk. The tribal community has to travel through mountain ranges of Pir Panjal, Shivalik and even Zojila pass in north-western Himalaya, usually with the whole family and livestock. It is during this time that Gujjars face acute shortage of medicines, food and blankets as well as fodder for their livestock.

Not only health, but even the education of nomadic Gujjar children is affected as they are usually on the move.

The state government had set up mobile schools for Gujjars in which a teacher who belongs to the community would travel with the tribe and teach the children. However, according to a study conducted by the University of Jammu, these mobile schools exist only on paper.

“As the armed conflict erupted in Jammu and Kashmir, a total of 175 mobile schools out of the total 263 were closed down and converted into regular schools. Out of these, 88 schools are still mobile. However, the field research for the present study threw ample light over the fact that most of the schools which were still mobile, were only on paper and [the] majority of those were not moving with the nomadic communities. Besides, all the mobile schools in Poonch district meant for the nomadic population have stopped moving with the migrating population, while few schools in Rajouri still move with the nomads,” noted the research report.

Gujjars are considered to be the first line of defence for the country as they are the ones who inform the Indian Army and other security forces about the movement of terrorists entering India from Pakistan through Pir Panjal.

Anwar Chaudhary, a Gujjar activist, said during the recent past there have been attempts by separatist forces to divide the Hindu population of Jammu and Muslim Gujjars who have lived closely without any communal incidents. “However, such separatist forces in the valley should know that even today people in Jammu trust Gujjars and buy milk for their children from them,” he added.