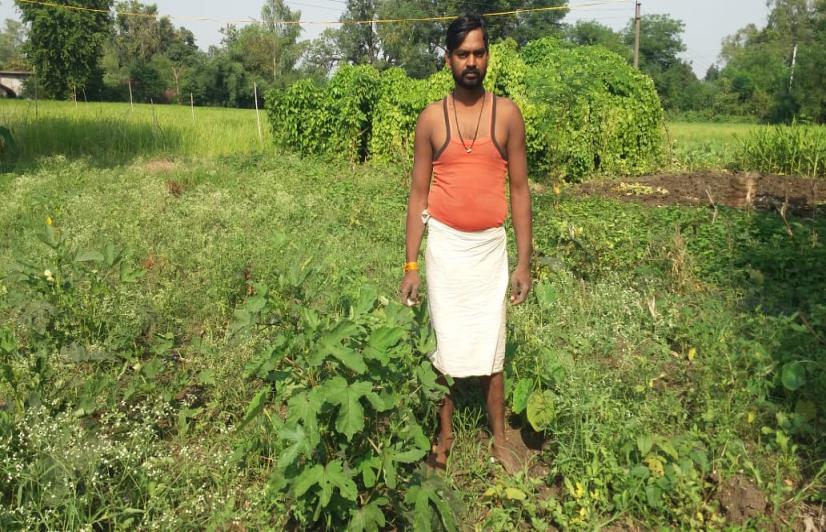 Narsinghpur, Madhya Pradesh: In Narsinghpur district of Madhya Pradesh, the lockdown imposed because of COVID-19 has affected the farmers so much that many have had to sell their belongings to survive.

According to a study, about 85% of Indian farm households are small and marginal farmers. Another study mentioned that disruptions caused by the lockdown have resulted in a considerable additional financial burden on farmers because of higher costs, increased debt, inability to sell the produce at a fair price and crop losses.

Khoi Lal Kushwaha, a farmer from Lathgaon, stated that he had planted tomato, green chilli and coriander in his two acres of land. He mentioned that the crops were ready for harvest in April, but because of the absence of labourers, he wasn’t able to harvest the crop. He wasn’t able to sell any of his produce as the markets were closed and he had to sustain a loss of Rs 2 lakh. 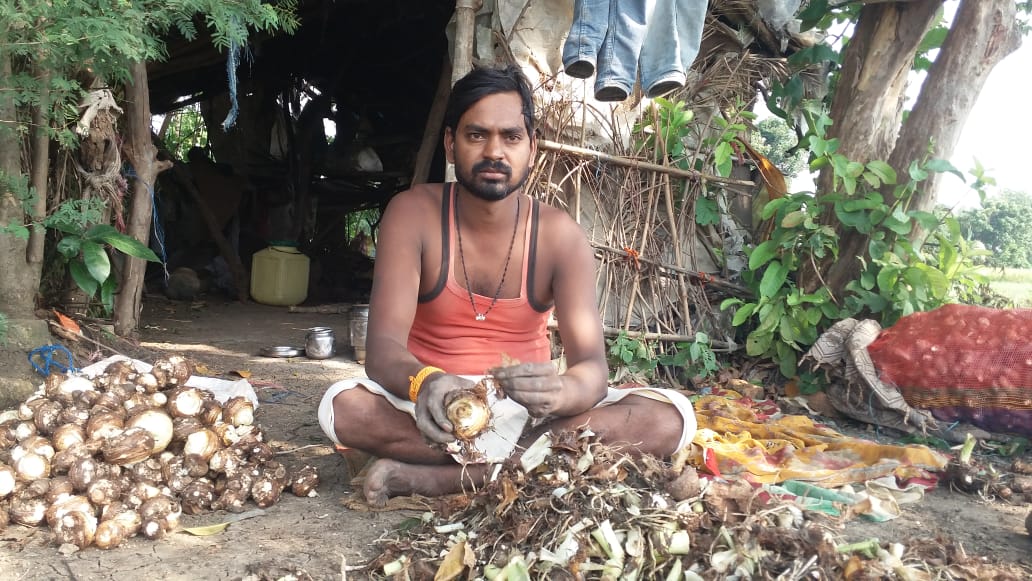 For a small farmer, that’s a huge amount. He had borrowed money from his relatives, but after the crop failed, he was forced to sell his cattle for one-fourth of their price just to have enough food.

Tarachand Patel, a farmer of Dobhi village, owns four acres of land. He stated that he planted vegetables like tomato and okra in February, but during the harvest season (April 15 onwards), the mandis were closed and he wasn’t able to sell his produce. He said his entire produce got spoiled and he had to incur a loss of Rs 3 lakh and is now looking for a job incity at Narsinghpur.

Nilambar Singh, another farmer from Mahguva village, cultivates about three acres of land with this brothers. After his crop failed this summer, he was forced to pawn off his wife’s jewellery so that the seven members in his family have enough to eat, he added. Now he works as a labourer in another field to earn a living.

Rishi Raj Patel, president of the National Farmers' Workers Federation, who is also a farmer from Narsinghpur, told 101Reporters that they had demanded compensation from the government but the government ignored them.

Rishi mentioned that the situation of farmers in Narsinghpur is bad and that the farmers are burdened under debt.  Especially the condition of the small farmers whose own less than five acres of land is extremely bad, he added.

The farmers are now so helpless that despite having their own land, they are forced to live on the wages from others, he commented.

(The author is Narsinghpur-based freelance journalist and a member of 101Reporters.com, a pan-India network of grassroots reporters. This article is a part of a series on Covid's impact on India's marginal farmers. The series has been funded by Internews Europe.)