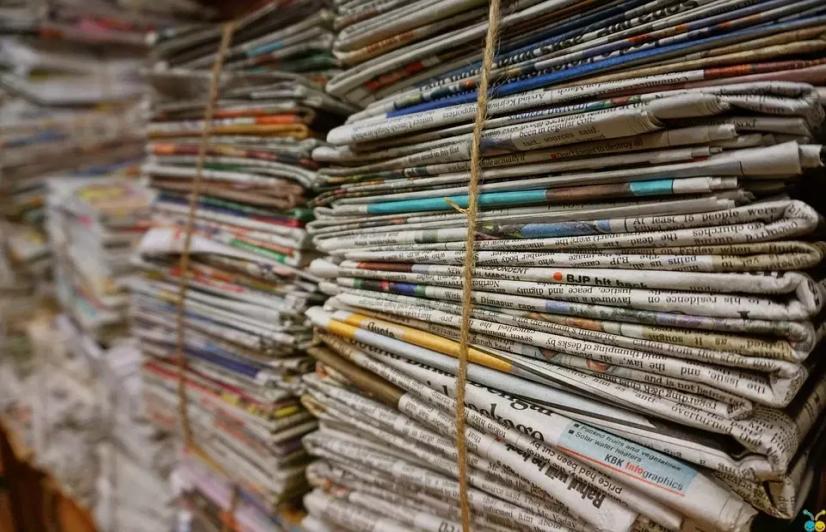 Bhopal: Young children with a bundle of newspapers can be seen knocking on car windows or approaching bike riders at a busy square in Bhopal. Come rain or shine, these boys are on the streets in the afternoon, with a plastic sheet covering their papers but nothing for themselves. Numerous newspaper publications employ young boys to sell their newspapers.

The eveninger is usually out in the afternoon and almost 90% of the circulation of these newspapers depend on the children. There are around 10 prominent eveningers and a few morning dailies purely dependent on children for its circulation.

Conversing with the boys selling newspapers is a difficult task as an agent always keeps an eye on them. They also alert their senior agent, in case the police or other authorities detain the children.

The agents carry three to four children on a bike to the publishing house where around 50 boys wait for newspapers. The seniors come to the distribution point with their own arrangements. The agents distribute newspapers and assign them a square.

Raju (name changed), 12, said he has been doing the job for three years. As he is one of the seniors, he has to take lifts from bike riders to reach his designated square. While Raju is forced to work by the relatives he lives with, he enjoys this work as he gets around Rs 100 per day. He gives half of his earnings to his uncle. "With little effort, we get a lot of money to spend on good food and buy anything we want. I want to buy a mobile phone with a big screen," he said.

With over 4.6 crore copies published per day, Madhya Pradesh (MP) stands second on the list of circulation of all newspapers in India, while Uttar Pradesh retained the top position, according to the data released by the Registrar of Newspapers for India (RNI). The total number of registered newspapers and periodicals in the state has increased to 11,338 comprising 1,527 dailies, 8 tri/bi-weeklies, 4,419 weeklies, 526 fortnightlies, 4,232 monthlies, 396 quarterlies, 19 annuals and 211 other publications.

Poverty not the cause

Archana Sahay, director of Childline Bhopal, an organisation working to protect child rights, said that in most of the cases we observed that the family background of children who sell newspapers are not too poor to afford food.

Sonu (name changed), 10, started working in 2018. He lives in a slum near Jyoti Talkies square with his parents. His mother is a domestic help while his father works as a daily wage labourer. He is one of the privileged few whose days begin with school, unlike most of the other boys. While most of the children of his locality go to play cricket after school, Sonu waits for an agent to pick him up.

Citing in-house research on child labour, Sahay told 101Reporters, “In most of the cases, the children have an average family background with working parents. In some cases, parents are not aware that their children are selling newspapers on the streets. The agents lure them with money and trap them into the racket. In 70% of the cases, poverty is not a reason for child labour.”

She also informed that even after numerous efforts, they weren’t able to stop the practice and “have surrendered.”

“The racket behind this is so strong that we always failed to rescue children,” she claimed. She explained that they counsel children, their parents and sometimes even bring children to shelter homes after they were detained, but “most of the time police officers were pressurised from bureaucrats and they would receive calls from concerned media houses.”

Sahay said that once they spoke to members of the senior management and urged them to not employ children, but they replied saying that even former President Dr APJ Abdul Kalam used to sell newspapers.

Some children have been rescued by social workers. Suraj, a resident of a slum in Anna Nagar, is one of those who have left his job. An NGO, Aaroha, rescued him and enrolled him in a private school. Sujeet said he used to conduct his business at the Inter State Bus Terminus and managed to sell all 50 newspapers, and earn Rs 50 per day.

Shree Niwas Jha, the founder of Aaroha, said there are many children working as paperboys from Sujeet's locality, but it is not easy to rescue all of them. Agents are so powerful and dominating in the locality that only a few children and their parents have the courage to leave the job, he added.

Social activist Mohsin Khan said the children are trained to give false information about their background.

Being in the streets come with their set of problems and due to the nature of their job, these boys can often be seen in bars, cafes and fast-food restaurants to sell their newspaper. People offer them alcoholic drinks too, claimed Mohsin.

Children have become accustomed to consuming gutkha, pan masala and even drugs, he said. “They have money and are exposed to bad conditions on the streets, and that's how they are becoming criminals of the future," he added.

Shibani Ghosh, another social worker who runs a museum school for underprivileged children, said parents, and not the children, are the reason behind the problem. "Sometimes the reason is poverty, but sometimes they just want to earn more. The parents are not ready to understand that it is not safe for a child to work on a busy road," she added.

Ravindra Jain, the editor of Agniban (a Hindi evening newspaper) Bhopal, said that few newspaper publications are employing children, which is not right. "They want children to do that job as it is less costly," he added.

District collector Tarun Pithore told 101Reporters that the district administration has asked the media houses to discourage such practices. They have taken action against the agents and rescued four children recently, he added.