Alternative care a boon for orphans in Odisha 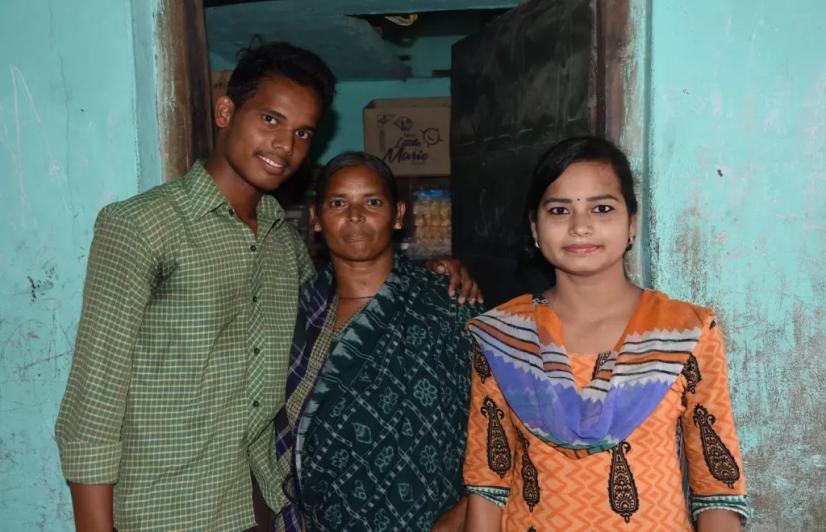 Bhubaneswar, Odisha: For millions of children across the country, who struggle to get proper care in their childhood and better opportunities later on in their lives for myriad of reasons – poverty, parental neglect or loss of guardians, there seems to be a new system in place, a far more democratic one. Such children mostly get shelter in various institutional care systems.

Recently many shelter homes were in news for exploiting inmates in various parts of the country. In July 2018, Bihar Shelter home case shocked the nation as reports about around 34 girls being sexually exploited in 17 shelter homes came. The victims informed that they were given sedatives, made to sleep naked and were beaten mercilessly. An inmate in shelter home in Sivasagar district, Assam was raped by the superintendent of the shelter home which came light after the victim attempted suicide in December 2018. Reports about similar incident were also reported from Bhopal Shelter Homes and Odisha Shelter homes. In Kalahanid district, a minor delivered a baby in her hostel.

But new alternative childcare format could be a boon for such orphan children. The Youth Council for Development Alternatives (YCDA) has launched a campaign for alternative care in association with UNICEF and the Odisha government.  The authorities are implementing four different types of childcare institutions in the state, proving to be a boon for orphan kids residing across the state.

On an experiment basis, Foster care, Kinship care, Independent living or care, Sponsor care, Group foster care and Aftercare, has been implemented in three districts of Boudh, Bolangir and Khurda with high success rates. Under this alternative care system, orphaned and abandoned children are identified and then taken to Child Welfare Committee (CWC) based on which the type of care system is put in place for these children.

Rajendra Meher of YCDA said, “Recently many news about inmates at shelter homes were exploited have been reported. A minor girl in a residential school in Phulbani of Khandamal district delivered a baby. Such incidence proves that children at various institutional care systems are vulnerable to exploitation. To stay in a family is the right of every child and we are trying to provide that family environment. Instead of Institutional care, non- Institutional Care is proving to be a better option for them. Placing a child in foster care gives them a safe place to grow until they are reunited with their parents or find a permanent rehabilitation.”

Sharing about the initiative he further says, “This initiative helps us to focus on the protection of children through community based rehabilitation. Through these alternative care systems, we are trying to highlight that a family and community is the most beneficial and desirable environment for the healthy growth and development of a child”.

Over the years scores of orphanage, Balashrams or Child Care Institutions (CCI) had emerged, where scores of such children stayed, lived, learnt and were brought up, thus paving the way for their fate. Till 2009, Odisha had around 600 CCIs. But with the adaptation of a new form of childcare system, their numbers in the state decreased substantially with only 268 CCIs in existence.

Talking about the importance of letting children decide their future themselves, an official from YCDA says, “Normally we never give a child thr right to choose. We had never given them an option regarding their care, or allowed them to participate in a discussion related to their future. Their thoughts are never put into consideration. Non-Institutional approach gives them that opportunity to decide where they want to stay. Rescue, Rehabilitation, Reintegration and Restoration are the most important factors while considering childcare,” he added.

The smile on the faces of siblings, 7-year-old Mamuni Behera and 11-year-old Tukuna Behera, a speak of their happiness and a nurtured upbringing under the guidance of their new parent.  While Tukuna studies in the 5th grade, his sister Mamuni is in the 3rd grade. Had the brother and sister were not been rescued five years ago when their parents abandoned them on the platform of Bhubaneswar railway station and given an opportunity to dream again, they would have had a different fate like many abandoned children their age. After the siblings were rescued, they were kept in a shelter home, near Lingaraj temple. But later, for their better upbringing, they were sent to a foster care in Khurda.

Babu Behera, a weaver by profession, had no children and he and his wife had applied for adoption in CWC. Earlier, they had adopted the daughter of a relative, who, after marriage, has not visited them. When CWC in 2013 approached them with both the kids to be their foster parents, they happily accepted the kids as members of their family. “We don’t have our own children but we always wanted to have kids of our own. We applied for adoption in CWC but were never called. In 2013, Mamuni and Tukuna were given to us and since then they have been a part of our life,” says Behera.

Elaborating the situation of Mamuni and Tukuna, YCDA official Arun said, “Technically these children are not orphans, rather they are missing and could be traceable in future. We thought, keeping these children in CCI won’t be a good idea. Hence, we suggested to send them to a foster care. Babu Behera had been on the list for quite some time. Hence, we sent the kids to his care. These children are in a homely environment and are happy. Moreover, they have developed an emotional attachment with their foster parents. It won’t be easy to separate them from these families easily.”

To look after the kids, Behera gets Rs 2000 montly and officials visit the kids every month to know about their well being.

According to the law, a child can stay in foster care for a minimum five years till their biological parents are found. However, if both the foster parents and children desire to stay together even after five years, YCDA helps them in the same.

If foster care brought happiness in the life of Mamuni and Tukuna, Kinship care gave another lease of life to Anju and Sishir of Gudhiali village in Boudh. They lost their father in 2006, and later, were abandoned by their mother. YCDA identified them as vulnerable kids and supported them for a better future. They are now under the guidance of their grandmother and Anju is preparing to appear her Matriculation examination this year.

“After the death their father, their mother abandoned them and rsn away with another man. They were very small ans nobody wanted to look after them, so being their grandmother, I came forward. I am doing whatever I can. I will allow Anju to study as long as she desires to. I want her to be able to stand confidently in the society” shared Dutee Bhoi, grandmother.

The authorities of YCDA and CWC visit us on regular basis to know about our problems, she said.

Similarly, in Baghapali village, Independent care has been implemented where five orphaned siblings are taking care of each other. The elder sister who was around 17 years old when they lost their parents is now working as a Labourer and earns around Rs 300 per day. She has even started the construction of their house and helps her youngest sister in her studies. “Our mother died in 2002 and father in 2004. None of our relatives extended a helping hand. Fortunately the help from YCDA has helped us to some extent. After the death of our parents, we had no one to look after us. Being the eldest, I pitched into the role of both the mother and the father for my siblings. I am doing everything for their well being and hope my hard work will take a better shape in future,” said Sravani Meher.

Similarly, there are Sponsor Care and After Care as well under the initiative. Youngsters above the age of 18 are sent to After Care where they stay till they get a job and better options. Thereafter, they are sent to the Deen Dayal Upadhyaya Grameen Kaushalya Yojana (DDUGKY) and are given an opportunity to learn basic skills in the profession they desire to pursue.

Other than alternative care, Orphan kids and Children in conflict with the law are mostly sent to Balashrams, Observation homes and Special homes. As of now, there are 6 Balashrams, two special homes and five Observation homes in Odisha. Laxmi Narayan Nanda, Child Protection Specialist UNICEF Odisha  said, "Children get separated from their parents due to various reasons like forced migration, natural disasters, diseases, abuse or neglect, social exclusion, death of one or more parent, and even a lack of household resources. Putting these children into long term institutional residential care affects the holistic development of the child."

"UNICEF collaborates closely with the Department of W&CD and YCDA to advocate for effective implementation of JJ (CPC) Act - 2015 and integrating the UN Guidelines for the Alternative Care of Children (2009) into its policies; strengthen community-based activities and social protection services to support and strengthen families to prevent separation, and support family reintegration when possible,” informed Nanda.

“We have been providing all the technical support to YCDA. Such a system if implemented successfully would definitely bring a positive change in taking care of orphan children and reduce institutional care for vulnerable children.”

With the success of alternative care system in the three districts, the authorities are now planning the system in other districts of Odisha as well, which would give orphan children in other parts of the state an opportunity to live a family environment.

"Initially when we started this, we were  a bit concerned. Glad that people are it became successful. If more people come forward and show their willingness to support a child and take care of its all requirement it would benefit many orphans. This could implemented in other parts the country to decrease the cases of child exploitation, as here we regularly monitor all the children along with the families who have taken their responsibility," Shared Rajendra Meher.

“Instead of  Institutionalising children, alternative child care is a better option, as it provides them a safe environment  to grow until they are reunited with their parents or are permanently rehabilitated," Said Meher.