A judge of many shades 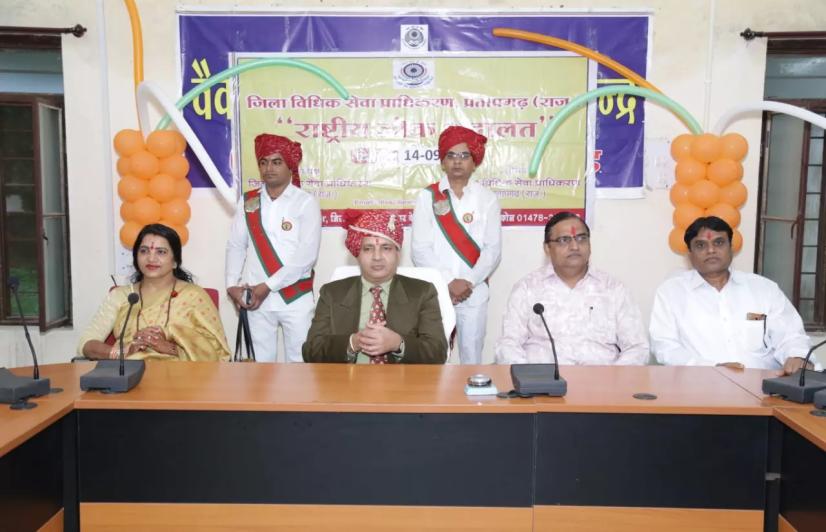 While a lot of people are afraid of the man in black robes, a judge in Rajasthan’s Pratapgarh is gaining popularity and is respected and adored by the people of the community. Locals claim that Rajendra Kumar Sharma, the judge, is a person with unique thinking and that has eventually led to a unique work and personal life as well. Even his co-workers speak of his likability and the respect he garners from people belonging from all walks of life. His verdicts have garnered a lot of popularity owing to his unique methods to resolve cases.

He worked as a judge at the Family Court, Sri Ganganagar for nearly two years during which time he garnered popularity due to his peculiar methods to preserve marriages. Couples that weren’t ready to even see each other’s faces were advised to go for a vacation to Manali, a hill station in Himachal Pradesh, while others were recommended to go for a lunch date. Some couples were also suggested to spend time with one another over a cup of coffee or tea.

Naina and Rohit Arora of Sriganganagar were having problems since they were married in February 2012. Shortly after their wedding, they started to engage in verbal fights and before long Naina returned to her parents. While many attempts to reconcile the marriage were made by the family members, but the two had decided that they wouldn’t be able to live together. On December 8, 2014, Naina filed for divorce in the Family Court, Sri Ganganagar. After the initial summon, the couple was called by Judge Rajendra Sharma in November 2015 and explained to them the aftermath of breaking up a marriage and asked them to go on a vacation to Kullu and Manali. After the six-day vacation, their relationship had changed, stated Bhajanlal Tak, Naina’s lawyer in the case. He added that they had resolved the grievances and withdrew the divorce application.

Advocate Tak also mentioned another case where Judge Sharma had asked his clients to visit Shimla and after returning, the couple withdrew the divorce application.

However, Sharma makes sure that he doesn’t force married couples to stay together even when one is in utter distress. A woman from Atun village in Bhilwara district had sought divorce on the grounds that her in-laws didn’t have a toilet. She had to resort to open defecation and had to wait till it was dark to use the toilet. As a judge in the Family Court, Bhilwara, Sharma, while accepting the woman’s plea, stated that if a woman can’t use the toilet unless it’s dark outside, the woman is subjected to mental distress and physical torture.

In his judgement, he also added the people who spend money on alcohol, tobacco and expensive phones, but use it to build a toilet, are stains on the fabric of society.

Born in Hindaun in Karauli district, Sharma worked as a legal assistant in the education department until he was selected in the Rajasthan Judicial Service in 1993. He draws inspiration from the lives of freedom fighters. “We should adopt the ideals of the brave freedom fighters because of whom we are able to enjoy this freedom,” he told 101Reporters.

“We are Indians first, everything else comes after that,” he added.

The practice of beginning the work every morning in the court complex with Vande Mataram played on the loudspeakers and ending the day with Jana Gana Mana was started by Sharma. A statue of freedom fighter Bhagat Singh was also installed outside the court campus. The secretary of the Pratapgarh Bar Association Ramesh Kumar Sharma said that Judge Sharma’s style is not only commendable but also exemplary

After Narayan Gurjar, a resident of Binol village in the nearby Rajsamand district, passed away in the Pulwama attack on February 14, Judge Sharma, along with his wife, went to the martyr’s house to console the aggrieved family. He also proposed to take responsibility for the education of Gurjar’s children, Mukesh and Hemlata.

Apart from discharging his official duties, Sharma is continuously trying to improve the conditions of the Pratapgarh District and Sessions court. He takes the central government’s cleanliness initiative, Swachh Bharat Abhiyan seriously and has been able to transform the premises of the court. Sharma has an arrangement under which a judicial officer visits the court campus every day and overlooks the cleaning. The sanitary workers of the municipality are deployed for cleaning, but they get the salary every month only when the Nodal Officer (Cleanliness) of the court reports that they have done their job well. Recently, on the occasion of Independence Day, Judge Sharma felicitated the workers.

Judge Sharma believes that his verdict shouldn’t only punish the criminal but also pave the way for their rehabilitation. Prosecution lawyer Tarun Das Bairagi shared a case where a gang had cut 27 khair trees (Acacia catechu) and the bail was granted by Judge Sharma only on the condition that the perpetrators would plant and maintain 270 trees.

He believes that sending a person to jail for a two- to four-year term is not enough to change the person and stated that reform can only come by motivating them.

Even outside of court, he remains vigilant. In June, Sharma caught a few employees of the state transport department illegally extorting money from truck drivers. When he was passing on his car, he noticed it and immediately got down and admonished the officials. When he threatened them by saying that he would report it to the Anti Corruption Bureau (ACB), they fled. Officials from the ACB reached the spot and recovered Rs 900.

While he is admired by people from all walks of life, he refuses to take any credit for his work and says, “I do what every Indian should. I was, am and always be an Indian and in the meanwhile, while I am working as a judge, I will work for the betterment of the country and society.”

Photo Captions (sourced by the reporter):