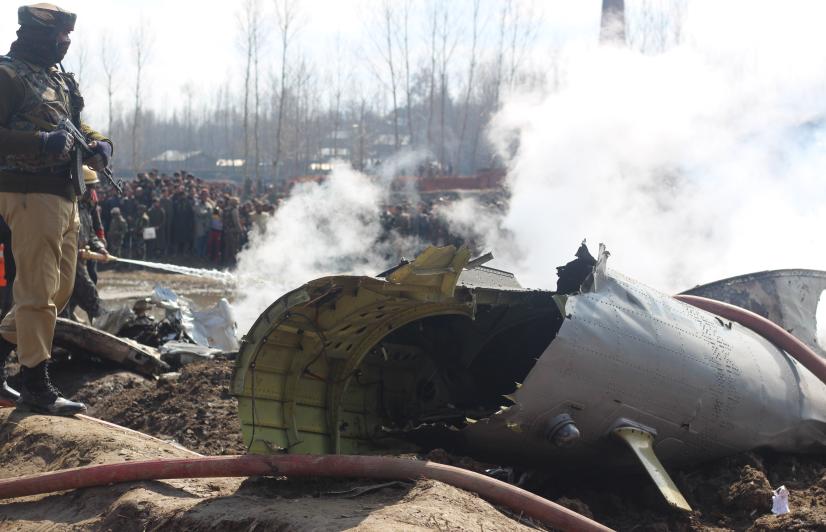 The visuals of youth pelting stones on Indian defence personnel in Kashmir are broadcast so often that one might find Kifayat Hussain Ganaie's sacrifice hard to believe. When the Mi-17 chopper of the Indian Air Force (IAF) crashed in Budgam district on February 27, this 22-year-old rushed to the flaming aircraft to rescue the pilots without caring for his life. Alas, the chopper exploded and killed him instantly.

Apart from the six IAF personnel aboard the doomed chopper, Kifayat was the lone civilian casualty. While the national media duly reported his death, there was no word about his heroics.

A resident of Garaendh Kalaan village and a brick kiln worker, he was hanging out with his friends about 10 am when the group saw the chopper crashing down towards them. One of those young men, Abid Hussain, told 101Reporters that while all of them ran away from the burning helicopter that had split into two, Kifayat didn't. He said Kifayat ran towards it and implored his friends to help evacuate the pilots.

"Wait! We can save the pilots," Abid recalled his last words.

He said as Kifayat was frantically trying to help rescue the pilots, the chopper exploded.

"Soon, there was an explosion that left everyone numb," said Abid. “After some time when we went back, nothing was visible. The spot was enveloped in smoke and dust, and the debris of the aircraft was scattered all over. As soon as the dust settled, we moved towards the aircraft and saw a charred body. At first, we thought it was the pilot but we soon recognised it was Kifayat, with one of his legs missing.”

With tears in her eyes and a sore throat, Kifayat’s mother Zamrooda Begum recalled the last time she saw her son alive. That morning, he had told her he was going for a stroll with his friends. About half an hour after he took her leave, she said a loud blast was heard in the village and it shook everything up. Wailing, she said someone shouted than an army chopper had crashed and soon after, a boy came and broke the news that her son had died in the accident while trying to rescue the pilots.

She was unconsolable as she kept wailing, “Myaani Gobro, mouj lejyo." (Oh my dear son, come back. Mother loves you."

With a lump in her throat, Kifayat's sister Dilshada Bano said she was urgently called to her parents' house, with nobody explaining the immediacy to her despite her pleas. "When I reached here, they told me my brother was dead. Oh God!"

Kifayat was only three when his father had passed away. Apart from Dilshada, he has another sister, Afroza Jan, and a young brother Bashir Ahmad Ganai. Afroza is physically handicapped. Kifayat was the lone breadwinner of the family. His uncle Mohd Ashraf lauded Kifayat’s fortitude and the way he took responsibility of his family at a young age.

Kifayat's close friend Bilal Ahmad described him as a kind and simple person. He said even though there's a lot of anger among the youth against the government, Kifayat would never partake in it as he knew that if he got sucked into it, his family would suffer since he was the lone earning member. He said Kifayat cared deeply for his family.

Budgam station house officer Mohammad Rafique said police have spoken to multiple eyewitnesses, all of whom said Kifayat died while trying to rescue the pilots. He said police are investigating the matter. Though more than a week has passed since the mishap, there's no word on if the administration acknowledges Kifayat's bravery or plans to pay a compensation to his family.