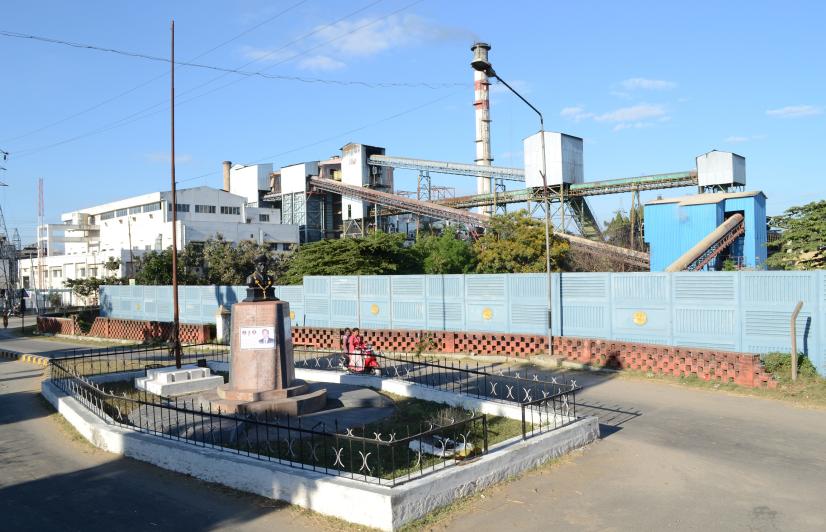 LS polls: Despite a decade of deceiving promises to farmers, revival of sugar mills could drive victory in Mandya

Mandya (Karnataka): Lohith Kumar, 18, a student at Government First Grade College of Krishnarajanagara in Mysuru district, remembers the day from six years ago when political workers from a particular party came home and made a slew of promises to improve the constituency ahead of the 2013 Assembly elections in the state. Kumar remembers the workers gave a long list to his father, Karimadaiah, 52, a farmer.

“I read the list for my father and one of the issues for which my family members voted was that the party had promised to initiate immediate measures to revive the Chunchankatte mill (Srirama cooperative sugar mill),” says Kumar, adding that the revival of the sugar mill six years after its closure is a prominent “issue” that could drive votes in the region.

Krishnarajanagara comes under Mandya Lok Sabha constituency, which includes eight Assembly segments from both, Mandya and Mysuru districts (viz Melukote, Krishnarajpet, Krishnarajanagara, Mandya, Malavalli, Srirangapatna, Maddur, Nagamangala). In this politically charged region, which is also the ‘sugar bowl of Karnataka’, a lot depends on how convincing are politicians’ promises about revival of the struggling sugar industry.

Promises made by the Janata Dal (S) leaders in the run up to previous Lok Sabha and Assembly polls will be under scrutiny as not much has changed in status of sugar business over the last six years despite both, the Mandya LS seat and the assembly constituency under JD(S) leadership.

The Srirama cooperative sugar mill at Chunchankatte in Krishnarajanagara is in shambles. “Machinery at the mill is catching rust owing to lack of supervision since 2012,” says, Taluk unit president of Karnataka State Sugarcane Growers Association, C K Raveendra, adding that closure of sugar mill has destabilised sugarcane cultivation activities in the region, pushing the dependent farming community into deep financial crisis.

Total number of voters in the Mandya Lok Sabha constituency is 16.90 lakh, of which around 85% are farmers, according to the figures with Mandya Zilla Panchayat. On an estimate of the economic activity in the district and according to rough estimates of the agriculture and horticulture department, it can be claimed that the majority of the electorate in Mandya LS constituency are directly or indirectly linked with sugar mills in the region. Initiating measures to revive the government-owned Mysugar and other cooperative mills and clearing the dues were major poll promises made by political parties during 2013, 2014 and 2018 elections.

“The assurances have remained confined to the papers only and ground situation continues to be grim,” says, Latha Shankar, a leader of the Karnataka Rajya Raitha Sangha (KRRS) and the Hasiru Sene in Mandya.

The constituency has six sugar mills, including one run by the government and two cooperative sector mills. They are: state government-run Mysore Sugar Company Ltd. (Mysugar) in Mandya, cooperative mills Pandavapura Sahakari Sakkare Kharkhane at Pandavapura and Coromandel Sugars Ltd at Krishnarajpet, apart from privately-owned Chamundeswari Sugars and NSL Sugars Limited (NSL) at Maddur and Srirama Sugar Mill at Krishnarajanagara.

While Mysugar is facing severe technical obstacles, both cooperative mills are defunct. All the four operating mills, including the government run Mysore Sugar Co Ltd (Mysugar) , are neck deep in debt.

Established in 1934, Mysugar mill is dependent on outdated machinery, which makes it  difficult for the management to arrange parts and maintain it.

A few days before dates for the LS elections were announced, Karnataka Chief Minister H D Kumaraswamy, whose son—Nikhil Gowda---is contesting from Mandya, hinted at the possibility of his government setting  up a new sugar factory in the constituency while also suggesting that Mysugar might be shut down instead of being revived. Kumaraswamy has been quoted by news agencies as saying that government funding of about Rs 400 crore for Mysugar factory over the past 10 years has not helped revive it, while blaming the Centre for mounting sugarcane arrears.

In December 2018, management of the decades-old Mysugar mill offered voluntary retirement scheme (VRS) to its employees and suspended sugar production. Over 70 percent of the employees opted for the VRS. The Mysugar mill—established in 1934 among one of the first sugar mills in Asia— is registered as a “sick unit” with the Board for Industrial and Financial Reconstruction (BIFR). Farmers of 102 villages in Mandya district are dependent on the mill for their livelihood.

“The machinery at the PSSK is in good working condition. It needs minimal overhauls. The government can run the mill,” he added. Another cooperative sugar factory with crushing capacity of 1,250 tonnes a day, PSSK was established in 1972 to boost the sugarcane cultivation in the region. It suspended the operations in 2012 owing to technical difficulties and administrative hurdles. With the election fever picking up the issue of reviving this defunct mill has resurfaced.

According to the official documents with the Mandya district administration accessed by this correspondent, the four sugar mills in operation as on 25 March, 2019, owed Rs. 148.69 crore to cane suppliers.

“Mysugar has to pay Rs. 17.25 crore to the dealers. Similarly, Coromandel Sugars Ltd has to clear Rs. 12.14 crore, Chamundeswari Sugars has to shell out Rs. 57.99 crore and NSL Sugars Limited (NSL) need Rs. 61.31 crore to clear the liabilities,” said a senior official from the food and civil supplies department, who wished not to be named.

He said that Karnataka Sugarcane (Regulation of Purchase and Supply) Act 2013 clearly states that the mills must clear the dues of the suppliers within 14 days of the procurement of the cane. The defaulting mills are liable to pay dues at 15% interest rate or face punishment. The five sugar factories, according to the official, had entered into an agreement with the cane growers to crush 26 lakh tonnes of the cane during 2018-19. However, these mills could only crush 21.93 lakh tonnes. “We can seize the sugar stocks, auction them and clear the dues of the farmers,” the official says, adding that the present quantum of sugar stocks at the defaulting mills is 14,86,799 quintal. “Notices have been sent to management of these mills to clear dues. Law would take its course if the payments of the suppliers are not cleared,” he says.

Stakeholders are not ready to buy the official version. They claim that officials just “buy time” by giving “false assurances” to the cane growers.

“We have been growing sugarcane for 20 years. For the past one decade, we have not received payments on time,” says Sunandamma, 55, a widow from Maddur village, while narrating that many sugarcane farmers like her have been incurring huge financial losses, as they have acquired loans on high-interest rates from different financial institutions for cane cultivation. “Delay in the payment prompted me to postpone the marriage of my daughter by three years,” she adds. Her daughter, Ramakka, was married last year and now lives in Malavalli.

Sunandamma laments she had to shift her children from reputed private schools to government schools due to sugar mills withholding her payments.

Exasperated over what he calls “lackadaisical attitude” of the mill owners, president of Mandya District Karnataka Rajya Raitha Sangha, Shambhunahalli Suresh, demands that the state government should amend the Karnataka Sugarcane (Regulation of Purchase and Supply) Act, 2013. “Authorities should impose penalty and imprison owners if they fail to pay us on time,” he says. Suresh accused officials and politicians of “not doing anything” for the development of sugarcane sector in the region.

In June 2015, one of the most anguishing stories coming from Mandya was that of another sugarcane farmer killing himself. Ningegowda, a 60-year-old differently abled cane grower in Ganada Hosuru village of Pandavpura taluk, after going through a stressful period over not being able to sell his standing crop, set it ablaze as he sat in the middle of it. He was burnt to death within minutes along with his crop. While Ningegowda’s dramatic death hogged headlines, not much moved in terms of cane growers getting their dues.

Haniyambadi Nagaraj, a farmer leader in the region, claims that over 150 cane growers have ended their lives in the region since 2012 due to increasing debts and crop loss. “But, no major steps were initiated either by the Centre or the state government to help this ailing sector,” Nagaraj says.

According to the department of agriculture, nearly 140 farmers committed suicide during the same period. No studies have been conducted on the issue so far.

Lohith Kumar in Krishnarajanagara, while being excited about exercising his franchise for the first time on April 18 (when Mandya goes to polls), also sounds pessimistic. Electing anyone has not helped the battered sugarcane industry in recent years and farmers continue to suffer, he says, adding, “Till date, nothing has been done to make the factory (Srirama cooperative sugar mill) functional again, but hopes of farmers are still alive.”