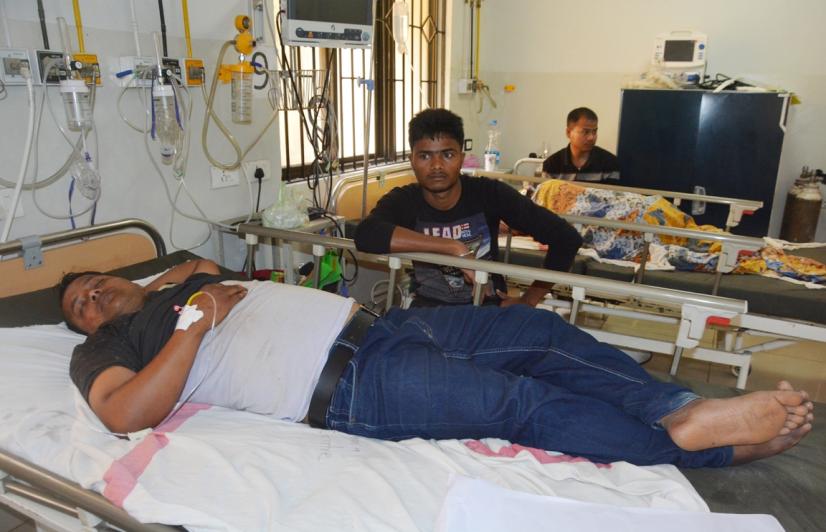 Bengaluru: The first of seven phases of the 17th general elections -- including four state assembly elections -- kicked off on Thursday, April 11, across 20 states and Union Territories. Over 900 million of India’s 1.3 billion citizens are eligible to vote in the world’s largest elections.

Braving the soaring temperature, young and old, men, women and transgender persons came out to vote. In the first phase of polling, some constituencies witnessed above average voter turnout, whereas some could not even reach the double digit figures.

Bursts of violence across the country

Though, the voting in most parts of the country remained peaceful, the election process wasn’t smooth for some constituencies in West Bengal, Andhra Pradesh, Chhattisgarh, Tripura, Maharashtra and Bihar. The first phase was marred by bursts of violence in some states and IED explosions in Naxal strongholds of the country.

Andhra Pradesh, in particular, saw several incidents of violence taking place. In Anantapur district’s Veerapuram village, a TDP worker Bhaskar Reddy was killed in clashes between Telugu Desam Party (TDP) and YSR Congress Party workers. Two others are in critical condition from the same attack in this high-stakes battle for the state. Polling equipment were destroyed in Srinivasapuram village in Guntur when a fight broke out between opposing party workers. Further, in Gudemcheruvu, Putthalaputtu and Jammalamudugu, party workers were injured in stone-pelting incidents. The violence went a step further when two female voters were injured in a clash between TDP and YSRCP workers in Jammalamudugu in Kadapa. The Andhra Pradesh legislative assembly speaker, Kodela Siva Prasada Rao, fainted after he was attacked by YSRCP workers in Sattenapalle assembly constituency. In total, 10 clashes were reported between TDP and YSRCP workers in Andhra Pradesh.

In West Bengal, too, sporadic incidents of violence took place. A clash early in the day between Trinamool Congress (TMC) and BJP workers in Coochbehar, was a reminder of the attack on TMC gram panchayat chief and two other party workers on Wednesday. All three were hospitalised for their injuries. News also surfaced of Ghatal Lok Sabha convener, Tapan Maity’s car being vandalised by alleged TMC workers at Maisara, in Panskura constituency. West Bengal’s neighbour Bihar also reported violence. Clashes broke out between the BJP and RJD supporters over the latter allegedly forcing voters’ choice for elections in Nawada constituency.

The North-eastern state of Tripura, too, saw a clash between Congress and BJP workers that left about 12 injured, of which eight are currently critical. This incident took place in West Tripura constituency and the injured were shifted to GBP hospital in Agartala. No incident of violence was reported across Jammu & Kashmir.

As political street-fights delayed the democratic process in the other states, Maoists further hampered it in the states of Chhattisgarh, Maharashtra, Assam and Andhra Pradesh.

IEDs were discovered by security officials at polling booths in Assam and Vishakhapatnam in Andhra Pradesh. IEDs in Maharashtra’s Gadchiroli and Chhattisgarh’s Narayanpur exploded, however, no injuries have been reported. Zero percent polling was recorded in some Naxal-affected regions of Odisha. 15 booths in Chitrokonda and Mathili in Malkangiri district did not see any voter turnout.

As seen in the previous state assembly elections, there were several reports of EVM malfunctioning in the country. Chandrababu Naidu, Andhra Pradesh Chief Minister, has called for repolling in some regions, claiming failure of “30 percent” EVMs. More reports came about from Manipur, West Bengal and Tripura. Over 100 EVMs have been reported as malfunctioning in Saharanpur in Uttar Pradesh. The BJP has also alleged election rigging in both Cooch Behar and Alipurduar Lok Sabha constituencies in West Bengal. An EVM has been ransacked in Coochbehar, say reports. The miscreants have not been identified.

Some still believe in voting

Despite the negative forces preventing voters from exercising their right, they turned up to vote. As is the norm, senior citizens turned up with enthusiasm; a 120-year-old man from Jagdalpur in Chhattisgarh visited a polling booth to vote. Women in some sensitive Naxal zones in Bastar turned up in large numbers after travelling about 15-20 km. Several booths were set up for the assistance of physically-challenged individuals as well, where they offered assistance with wheelchairs, Braille-equipped machines and more.

In regions like Chhattisgarh and Odisha, polling booths arranged for ORS and refreshment drinks for voters. Several female voters travelled more than 20 km on foot, starting their journey at 4 am to visit polling booths in Bastar to cast their votes.

The states of Uttarakhand, Telangana, Sikkim, Andhra Pradesh, Mizoram, Nagaland and Arunachal Pradesh completed voting today, in the first phase of the elections.

It remains to be seen whether Congress, that won the Hindi heartland--Madhya Pradesh, Chhattisgarh and Rajasthan--in 2018 state assembly elections, can repeat its formula in 2019, or will Narendra Modi and his 56-inch chest retake the country for a second term.