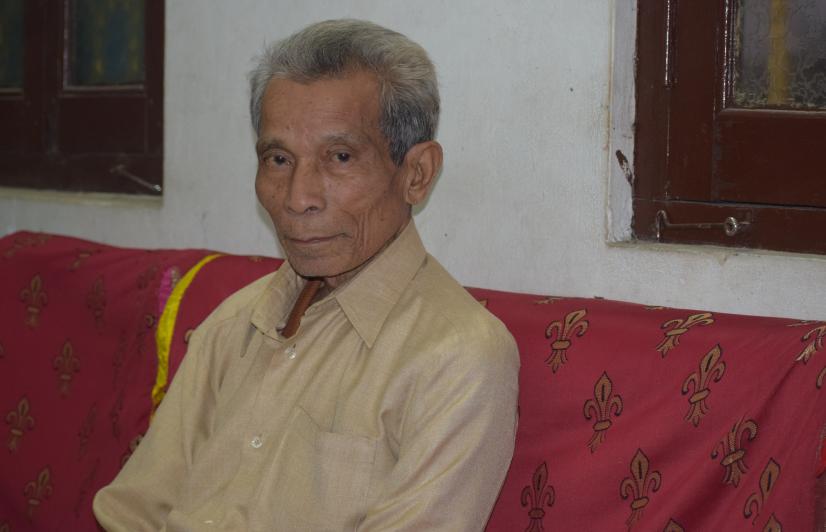 They remain partners in the newly formed BJP-led government but will be contesting against each other in the Lok Sabha polls. “It is a friendly fight between an elder and younger brother without any rancour between the two,” said BJP’s Tripura unit general secretary Pratima Bhowmik about its coalition partner, the Indigenous People’s Front of Tripura (IPFT), which has been campaigning for a separate Twipraland comprising the tribal dominated districts in the state, deciding to go it alone.

The IPFT, with eight MLAs in the 44-member ruling alliance, also played down any talk of moving out of the NDA alliance. “Ideological differences with the BJP are there,” admitted Mevar Kumar Jamatia, the tribal welfare minister in BJP chief minister Biplab Kumar Deb’s cabinet and IPFT’s general secretary. “Being a regional party, our focus is on regional issues such as the demand for a separate Twipraland in the scheduled areas. We could not arrive at an understanding on seat sharing so the IPFT had to go it alone”.

Facing a resurgent Congress, the impact of the IPFT’s decision on the crucial tribal votes is not yet clear. But Tripura Pradesh Congress Committee’s newly-minted president Pradyot Kishore Manikya- earlier its working president, he was appointed a month ago after falling out with outgoing president Birajit Sinha- alleged that the BJP and IPFT are contesting the two Lok Sabha seats with the sole purpose of dividing tribal votes. An allegation that seems to have some substance given Mevar Kumar Jamatia’s statement that “IPFT still supports the NDA government despite these issues and is very much a part of NDA,” adding that many BJP allies are contesting against the saffron party in several states across the Northeast.

But the IPFT does have some serious issues with the BJP, like the injuries to some of its supporters in police firing on January 8 while protesting against the Citizenship (Amendment) Bill as part of the bandh called by Northeast Students Organisation (NESO). Also, “the high-level monitoring committee constituted by the home ministry should have submitted its report on the socio-economic and political issues faced by the indigenous people in Tripura two months ago but has not done so even after four months,” said Jamatia.

Not surprisingly, the state Congress unit has been trying to exploit these differences. “Tripura Pradesh Congress Committee president along with Indigenous Nationalist Party of Twipra supremo Bijoy Kumar Hrangkhawl visited my house without any prior information on late night of March 27 with the proposal to support the Congress candidates by withdrawing our two candidates,” said IPFT president Narendra Chandra Debbarma, also Tripura’s revenue and fisheries minister. "They approached us at the eleventh hour after our party had settled everything for contesting the two seats,” added Debbarma.

The IPFT had formed a coalition with the BJP since the last assembly elections. “But even after a series of dialogues between IPFT and BJP in Delhi and Agartala, we could not come to a decision on seat sharing,” said Debbarma. “So, we decided to contest both Tripura seats on our own. It will be a friendly fight between the two parties”.

Unlike in Assam and Meghalaya where BJP and its regional allies could agree on seat sharing, in Tripura, the sticking point was the IPTF’s demand for the separate state of Twipraland. "BJP stands for a unified Tripura,” said BJP's Tripura media in-charge Victor Shome. “But the IPFT has to cater to its core constituency by keeping its demand for a separate tribal state alive, which is fine with us”. Cautioning opposition parties not to get overexcited by this turn of events, Shome pointed out that IPFT had told the Congress that it was not quitting the government and was only contesting the polls to show that it still stands for its core demand of a separate state.

The two seats, Tripura East, a reserved constituency where IPFT supremo Debbarma is pitched against Pradyot's elder sister Pragya Deb Burman of a resurgent Congress and CPM’s sitting MP Jitendra Choudhury, and Tripura West where the Congress has fielded Subal Bhowmick, who returned to the party after spending five years in the BJP, promise an interesting four-cornered contest. “The vote share of the BJP was only 1.7 percent when I joined the party,” said Subal Bhowmik. “Party general secretary Ram Madhav told me that the CM was against my getting the party ticket. I did not want to be a burden to the BJP, so I choose other options”.

Bhowmick has been attacked several times during his campaign with the Tripura Pradesh Congress accusing Tripura's chief electoral officer Sriram Taranikanti of being indifferent to their complaints. Taranikanti however, denied the allegations, saying all possible steps have been taken to curb these incidents.

"We have not received any specific complaint,” added Taranikanti. “The Congress were complaining of police inaction in areas in which some incidents had taken place. We have taken measures to ensure the people involved are arrested. We have also put in place a robust system to monitor the activities of the police as well”.