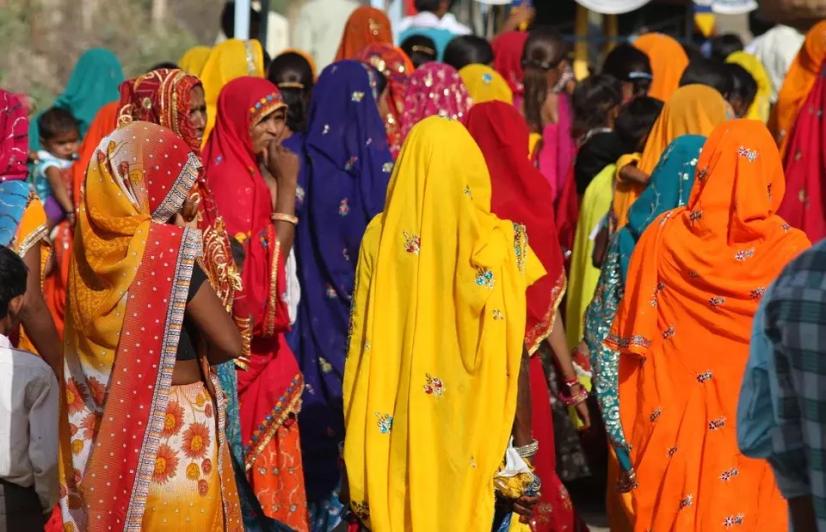 Puri, Odisha: “It is horrific when I think about clearing the debris and reconstructing my house all alone,” said Shashi Behera, an inhabitant of Arakuda village in Puri district, and a mother of three kids. She is currently living in a shelter adjacent to the Marine Police Station after Extremely Severe Cyclonic Storm Fani ravaged the coastal areas of Odisha on May 3, 2019.

The amount of destruction that the state has faced is still being assessed, Arakuda village in Puri district is one of the remote areas in the state which is struggling to return to their normal state of affairs. For a lot of people like Shashi, there is no other option but to rely solely on the cooked food available at the community kitchen erected by a political party leader for a temporary period. While the government seems to be working on restoring the physical infrastructures, the reproductive health of the affected women has seen little attention.

Many women in Arakuda, narrated sordid tales of how the young and middle-aged menstruating women are struggling during their menstrual cycles.

“I had to tear my only saree to bring out a piece for my daughter to use it during her periods. Besides, I had to spare my only blouse for the same reason,” told a woman in her 40s, while requesting anonymity.

While it is just another cyclone for the people of Arakuda, who had faced the Super Cyclone in 1999, Phailin in 2013 and Hudhud in 2014, for the hapless women and adolescent girls of the village it is a lot worse than other cyclones. A majority of women and girls of the village wake up hours before the break of dawn to finish their bath as each of them has to manage with a single pair of clothing. They are on their toes to manage time – take a bath, wash the only pair that they wear to ensure that it dries before the crack of dawn – so that they can wear it before the men wake up. The reason is that all their clothes, along with other belongings, have been buried under the debris of their houses which have been entirely flattened by the destructive gale. This has become their routine since the cyclone hit the state.

“I walk with my mother to the Chilika mouth in the dark twice daily, once before dawn and once after dusk, to wash the used period rags. The place is deserted and dark, the water is saline, but I have no other option but to wash and reuse the clothes in brackish water in an unsafe condition. I cannot wash them in the flowing artesian wells (there are at least ten such wells in the village from where water flows continuously and automatically) even when it is dark as it is considered inauspicious,” said a 15-year-old girl of the village, who refused to be named.

However, all the women of the village are concerned for each other’s safety, and all of them have chosen to sleep at one place and preferably on an open space adjacent to the Marine Police Station that is in their village. While the vast open space with the cemented floor is the primary reason for choosing the place, the presence of police for safety is another reason for preferring the site.

Activists believe that the government should focus on women’s health and hygiene as part of its relief plan. Bisakha Bhanja, a member of the National Alliance of Women’s Organisations (NAWO), said that during disasters, the impact is much higher for women than for the men. She emphasised on the development of gender-sensitive programmes in disaster intervention. While welcoming the state government’s move to supply sanitary napkins, Bhanja said that the government, while providing Rs 2000, a polyethene sheet and 50kg rice to each affected household, should have made a point to include clothes, at least for women.

“So far as the safety of women is concerned, there should have an immediate temporary arrangement of shelter for women, where they can take rest with dignity. In several places I had visited, men occupy the village community halls and chaupals (village meeting place) while women have no place to spend the muggy afternoons. The condition of pregnant women and lactating mothers is beyond expression,” added Bhanja.

When asked about the inclusion of clothes in the immediate response package, Special Relief Commissioner Bishnupada Sethi told 101Reporters, “It is tough to buy clothes for all as it depends on gender, size, religion, age and other factors. Also, the possibility of a scam in procuring clothes can’t be ruled out.”

Ranjan Panda, a climate crusader, said that a lot of thought needs to go into post-cyclone relief, restoration and rehabilitation efforts. “Such cyclones are going to be frequent in future, and their intensities to increase due to climate change.  We need to revamp our strategy on such issues of women’s health and hygiene, sanitation and drinking water,” he added.