The last cardiologist who served at the hospital was 14 years ago. When a cardiologist is needed, a special arrangement is made or the patient is referred to the Lala Lajpat Rai Memorial Medical College in Meerut, 80 kilometres away.

As per the Directorate of Medical & Health Services, Uttar Pradesh, a DCHC is a dedicated health facility at a district/divisional level to manage any emergency case referred from COVID Care Centres (CCC). While the CCC are primarily for mild symptomatic/asymptomatic patients, all non-complicated cases requiring intensive care unit (ICU) facilities are admitted to the DCHC.

Dr HS Isser, senior cardiologist, Safdarjung Hospital, New Delhi, told 101Reporters that it has been observed that in about 10% of symptomatic patients of COVID-19, there is a high probability of different types of cardiovascular disease.

If the patient already has a heart condition, COVID-19 is likely to aggravate the condition, he explained. Since the mortality rate is high in such cases, the presence of cardiologists in a DCHC is in the interest of such patients, he added.

Experts say that in the case of heart conditions, even a few moments can determine the difference between life and death. To travel 80 kilometres for the treatment becomes necessary for people from the marginalised sections, but many try getting admitted in the private establishments in the town. Residents say that though the consulting fee of cardiologists isn’t high, the cost of injections, medicines and ICU in cases of heart attack can’t be afforded by most.

Asif Ansari, a resident of Kotwali Dehat village, stated that his mother suffered a heart attack in September. When he reached the district hospital, he got to know that there are no cardiologists in the hospital to treat his mother. He didn’t risk going to Meerut and immediately rushed to a private nursing home. Though his mother recovered, he had to spend over Rs 50,000 for her treatment, he added. 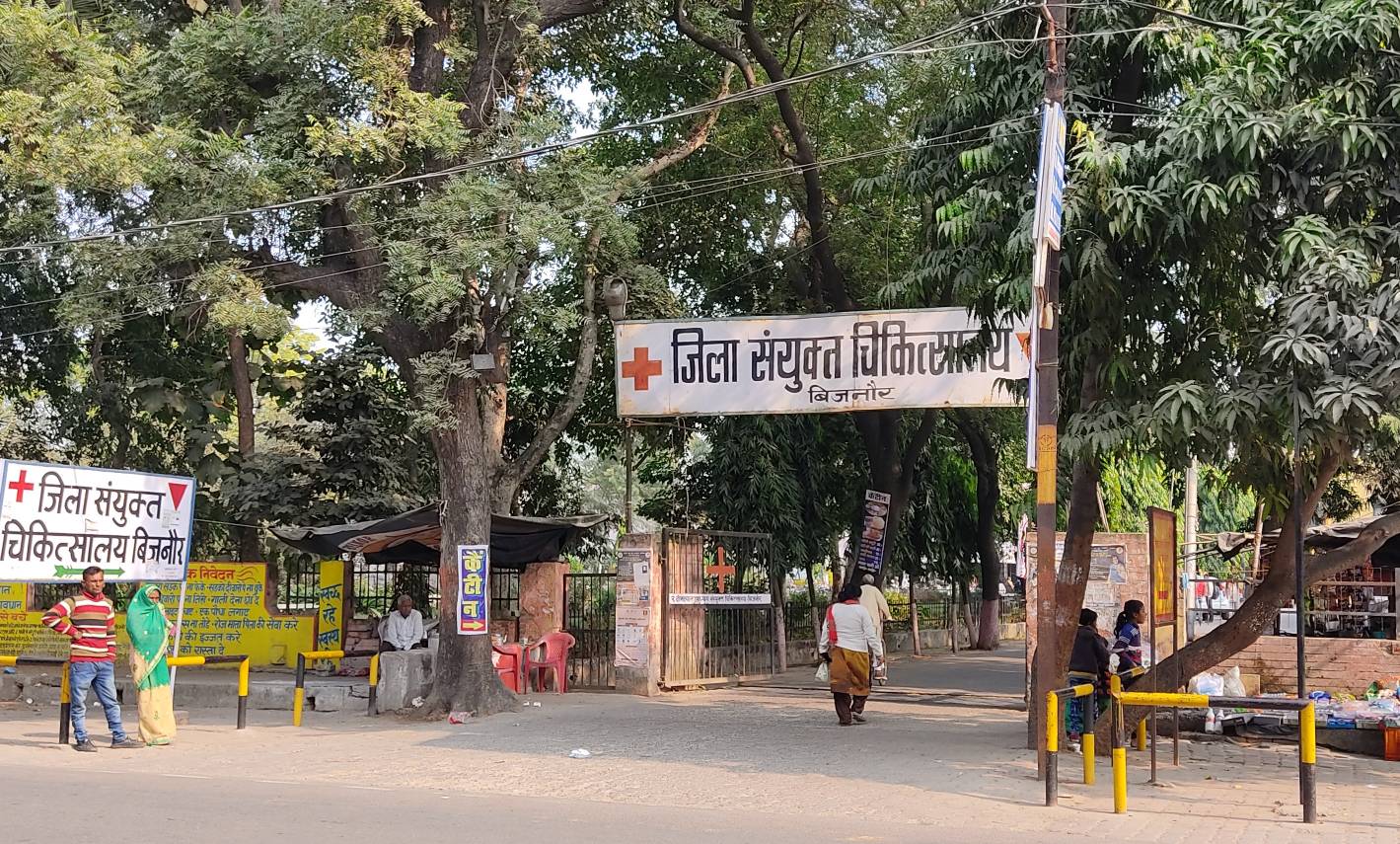 Achal Kumar, a resident of Rahmapur village, stated that when his father had a heart attack, he couldn’t get any help in the district hospital. He too didn’t take the risk of going to Meerut and under compulsion got treatment at a private hospital.

Earlier this year, two COVID-19 patients passed away after suffering a heart attack. Both of them had underlying heart conditions and were referred to a private hospital in Moradabad, about 80 kilometres away.

Apart from the vacancy in the cardiology department, several other posts in the hospital, like ENT specialist, paediatrician, radiologist and anesthesiologists, are also lying vacant in the district hospital.

Dr Gyan Chand, Chief Medical Superintendent, Bijnor district hospital, admitted that the post of a cardiologist has been vacant for 14 years. He added that there are also many other specialist doctors whose positions are lying vacant.

Ramakant Pandey, District Magistrate, Bijnor, told 101Reporters that letters have been written for the appointment to the vacant running posts of cardiologist and other specialist doctors

Suchi Mausam Chaudhary, MLA Bijnor from the Bharatiya Janata Party, told 101Reporters that she has written to Chief Minister Adityanath and health minister Jai Pratap Singh on this issue.