NEET was held in the state for the third time on 5 May under a shadow of condemnation. Coming in the middle of the general elections, it was not far away from people’s minds. More than one lakh students had appeared for the test, almost 20,000 among them from state and state-funded schools had been receiving dedicated NEET coaching. Opposition party DMK had promised vociferously that, under their government, NEET would be gone; it may have, in no small measure, accounted for DMK’s total sweep of the state's Lok Sabha seats.

Their alliance partner Congress was also in full support of this. Rahul Gandhi had stressed this on his campaign trail and the state’s self-determination regarding NEET found a mention in the Congress manifesto. BJP, meanwhile, has always been candid about not giving the state any kind of exemptions. But with the verdict at the Centre not favourable, NEET is set to continue. But should the suicides?

In the results that were declared on 5 June, out of the 1,23,073 students who appeared for the exam, only 59,785 have passed. The pass percentage is 48.57 percent, a jump from 39.56 percent last year. However, it was still bad news. No student from Tamil Nadu made it to the all-India top 50 list. K Shruthi from Chennai scored 685 out of 700, getting the first rank in the state, 57th rank across India place and fifth rank among women candidates. In the differently-abled quota, Karvanna Prabhu scored 572 out of 700, securing fifth place across India. 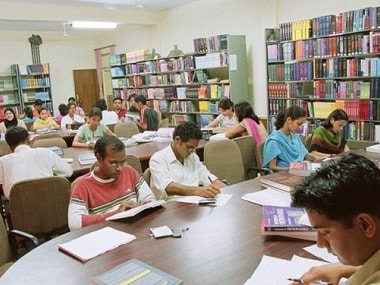 The pass percentage among those who wrote the exam in Tamil was particularly dismal, with only 2.06 percent of the 31,239 students passing. This has not been an encouraging trend for rural students who had a better chance to get a medical seat in one of the 24 colleges in the state (with 3,350 seats) on the basis of 12th exam marks, as it had been the case until 2016.

As medical aspirants across the country were coming to terms with their results and what it meant to them, news of two back-to-back suicides rocked the state. On Thursday, another student took her own life. It was the suicide of Ariyalur student S Anita in 2017 that kickstarted the maelstrom around NEET in Tamil Nadu, making it a political hot potato for the ruling AIADMK government. The cry for “no more Anitas” has been silenced each year since then with a spate of suicides following the results.

Including this year’s three suicides, a total of eight students have killed themselves over NEET since 2017, all of them girls.

The first student to take this drastic step was 18-year-old S Radhishree from Tirupur, both of whose parents worked in a local vest manufacturing unit. She had scored 490/600 in her school exams and was anxiously awaiting the results on Wednesday. Her parents had left for work and she was alone at home when she learnt that she had scored 68/700.

Wanting to learn how she had fared in the exams, her parents called her from their workplace at around 3 pm. Subsequent calls went unanswered. Sensing something wrong, they rushed home to find their daughter’s cold body. She had hung herself. Speaking to reporters, her father M Selvaraj said, “She had been eagerly expecting the results from the morning. I had thought she would score well, and I would take whatever loan I can to make sure she became a doctor. She scored well in the tenth and twelfth exams. But the thought of not getting a medical seat due to her low NEET marks was too upsetting for her.”

Within a few hours, news of another suicide trickled in. This one more brutal. Tanjore district resident N Vaishya was a medical aspirant from a very young age, according to her father R Namburajan, who looks after a bicycle stand at the Pattukottai bus stand. Over the past few years, he would come home to his academically-gifted daughter, determinedly studying to become a doctor.

But on that day, when she learnt that she had only got 230/700, she poured kerosene on herself and set herself on fire. Her screams alerted the neighbours who rushed her to the hospital where she succumbed to her injuries. Her family held the Tamil Nadu government responsible for her death. Speaking to reporters, a relative A Balamurugan said, “There are two different syllabus, one from the Centre and the other from the state. NEET is based mostly on central board syllabus and students who study under the state board are forced to face defeat.” To stop other students from ending their lives, the exam must be banned in the state, he said.

As the state was just about to finish mourning these two deaths, the next day, news came of M Monisha from a fishing village in Villipuram, who had hung herself from the ceiling fan in her room the night before. Her father is an office bearer with an AMMK-affiliated fisherfolk union and she had completed her schooling from a private school and supplemented it with NEET coaching in Puducherry. Despite this, she scored 31/700 which sent her spiraling into a dark mood as the day progressed. Her father discovered her body at around 7.30 am the next day.

This is the second consecutive suicide in the district. Last year too, one of four girls who killed themselves was from here.

Leader of Opposition MK Stalin released a statement saying suicides because of NEET have become a continuing saga each year. “In the upcoming parliamentary session, our DMK MPs will firmly press this matter and get it resolved. The DMK condemns the two-term PM Modi’s silence on this, even as he arrogantly observes these events.” During the last term, AIADMK was focused just on prolonging their government and not taking this up firmly with the Centre, his statement said.

CPM state general secretary K Balakrishnan said Tamil Nadu’s average NEET score is lesser than even the national average. “These are not suicides, they are murders. That even Ayurveda courses will come under NEET from this year is a terrible state of affairs,” he said, while calling upon all Opposition parties to come together in this matter.

Doctors' Association for Social Equality general secretary GV Ravindranath has said it is because of the Centre and state governments' adamant nature that the three deaths have taken place in Tamil Nadu. He insisted that the government should provide compensation of 50 lakh to the families of the students.

Compared to other states, Tamil Nadu students are less likely to qualify for the exam. So the chances of students from Tamil Nadu getting seats in national and private medical colleges is less, which is worrying. “The Tamil Nadu government has not been providing quality coaching for NEET exams for students from the state schools,” he said, stressing that the standards must be raised immediately. The state must immediately up the standards of both the coaching centres and the schools themselves, he said. He accused the government of deliberately not releasing the merit list, fearing questions over how few of Tamil Nadu's medical aspirants are able to get placed in the medical colleges in the state.