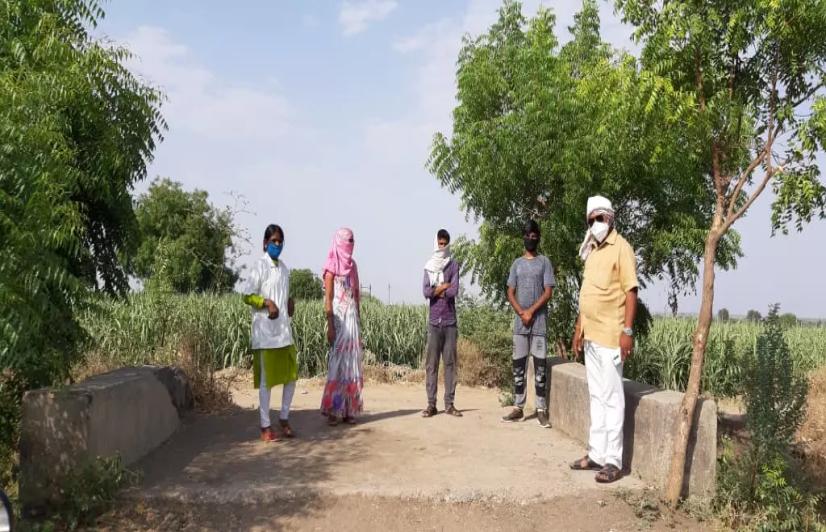 During the lockdown to contain the spread of Covid-19 pandemic, the trend of reverse migration has been prevalent. As migrants from different parts of the country return to their respective homes, several states report a spike in the number of Covid-19 cases, with migrants comprising 72% of Bihar’s positive cases. However, a village in Maharashtra has taken an extreme step to prevent the spread of coronavirus from returning villagers.

In Mothiwadi village in Beed district, since the first week of May, the village administration has asked the returnees to quarantine themselves in open agricultural fields for two weeks. Until June 8, over 91 people have been asked to quarantine in the farms, according to the gram panchayat.

The hot weather of the district—which has been traditionally known to have faced water crisis—added to the discomfort of quarantining villagers, who had returned to the village to escape the risk of contracting the virus. For two weeks after returning, they had to bide time under trees.

Gajanan Giri, 27, a civil services aspirant studying in Pune, returned to the village on May 12 and was asked to take shelter on the small piece of a farm his family owns. He stated that the whole ordeal felt like a punishment. He could see his parents only when they would come to serve him food.

“It was mentally draining for me. I was isolated in a literal manner, not like the isolation wherein a person is isolated in his room and others are still around him in the same house,” he rued.

The village administration was unrelenting and wouldn’t make concessions even for menstruating women or children. The men, women and children forced into this unique quarantine had no option to defecate in the open.

Walkmiki Waghmare, 30, a PhD student in Aurangabad, returned to Mothiwadi on May 14, hoping that he would be safer in his village. However, when he reached, he, his wife, one-year-old daughter and nephew were asked to self-isolate in a farm. For 14 days, they had to survive in harsh conditions; his daughter was the most affected owing to the heat, he added.

“While we do understand that this was done for the safety of villagers, we believe some alternative measures should have been in place,” he commented, lamenting how they had to answer nature's calls in the open.

Preeti S, 29, a resident of Aurangabad, came to the village on May 6 with her husband. She mentioned that she was on her periods at that time and it had become extremely difficult for her to lie down under the scorching sun. She said she wasn’t provided with any medicines to help ease her pain.

No meals were provided by the village administration, but a medical officer was sent regularly to monitor them, and the returnees were provided with tablets to improve their immunity, according to the gram panchayat.

Mothiwadi village sarpanch Avinash Gonde told 101Reporters that unlike big cities, they don’t have the facilities to treat infected people. Thus, this step was taken to ensure that people in the village don't get infected, he added.

He informed that while there is a school where the people coming from cities could have been quarantined, he said people in quarantine tend not to follow the rules of isolation seriously and mingle with others.

Government medical officer for Beed district, Dr Chandarani Vagare, who attended to the returnees in Mothiwadi, said no one was tested positive for Covid-19, though people complained of fever and sore throat, having been exposed to changing weather conditions.