Doctors refuse to join postings in the hill 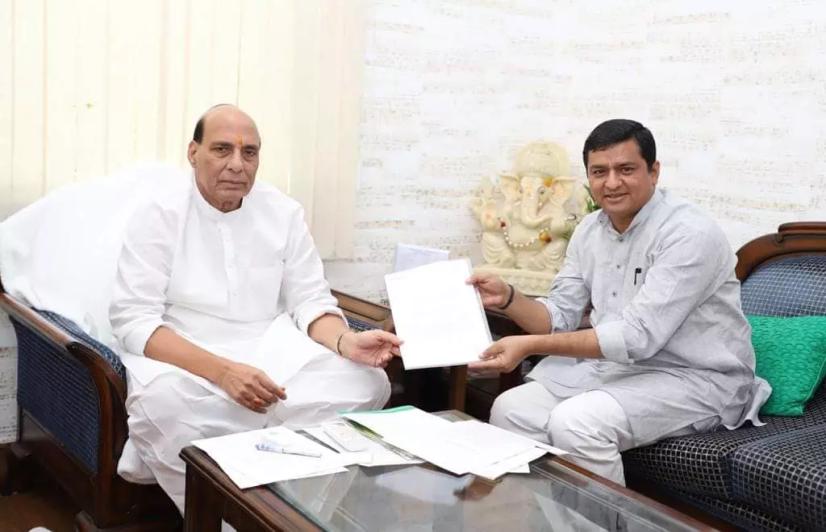 States across India face scarcity of doctors, but the problem is severely compounded in Uttarakhand where efforts by successive governments to lure medical practitioners to the hills have yielded no results. Only 1,545 doctors have been appointed against the 2,716 sanctioned posts of doctors in the Uttarakhand health and medical department. This means 1,171 posts of doctors are lying vacant across government hospitals in the state, leaving the burden of healthcare in the hands of private clinics and nursing homes. A glaring example of the threadbare facilities in the hills is that many hospitals are running without doctors while some have pharmacists doubling up as medical practitioners. The situation persists even though the charge of department of health and family welfare lies with CM Trivendra Singh Rawat himself.

In the past, doctors transferred to the hills have refused to join postings, forcing the state government to take severe measures such as ‘naming and shaming’ these doctors in newspaper advertisements.

TC Pant, Director General, department of health and family welfare, admitted that the situation is grim despite several efforts by the authorities. “Forty-six doctors who have not joined postings were removed recently while 66 have been sent notices to join immediately,” he said.

Pant also said that the government was filling up vacant posts by appointing retired doctors. “We held walk-in interviews and appointed 156 retired doctors in government hospitals. In the recent past, students who completed MBBS in state medical colleges with subsidized fees have been made to sign bonds to mandatorily serve in hilly districts. Around 412 such graduates are now posted as doctors.”

Many of them, however, may be posted only on ‘paper’. Reports suggest that at least 172 of the 412 doctors serving their bonds in the hills have left to complete postgraduate studies.

It is no surprise that at least two-thirds of vacant posts of doctors are in hilly districts. Notably, 10 of the 13 districts in Uttarakhand lie in the hills. It is common to hear cases of women giving birth on roads for lack of ambulance in Pithoragarh or patients being carried on makeshift stretchers on foot for several kilometres due to absence of doctors in nearest health centres.

And just when one begins to think that the situation in the hills is worrisome, the government hospitals in the plain districts fare no better. The biggest government hospital in the Garhwal region, Dehradun’s Government Doon Medical College Hospital (GDMCH), often finds itself in controversy over lack of services. In September, a 27-year-old woman, who had to wait for almost a week to get a bed in the hospital died soon after giving birth on the floor. The newborn also did not survive.

In another shocking case in August, some of the 24 people injured in a chlorine gas leak at Uttarakhand Jal Sansthan in Dehradun could not be admitted to GDMCH due to lack of oxygen supply.

Former health and family welfare minister during the Congress regime, Surendra Singh Negi, said that despite holding the crucial portfolio of health, the chief minister had failed to improve healthcare facilities in the state. “At least there were doctors in hospitals during the Congress government in the state. The situation has worsened now. Instead of doing groundwork, the government is resorting to gimmicks like asking the Army and paramilitary to provide healthcare services.”

Chief minister Rawat said that the state has grappled with dearth of doctors ever since it was carved out of UP 18 years ago in 2000. “After coming to power, we have transferred doctors from plain areas to the hills in large numbers. Our government brought out the transfer Act to stop government workers from taking transfers at will,” he said.

The Transfer Act 2017, unique to the hill state, classifies postings into two areas: sugam (accessible) and durgam (remote). The Act allows for mandatory transfer of those posted in ‘sugam’ areas for more than four years to ‘durgam’ areas.

In another attempt to improve health services in the state, the government tried to rope in the Army by proposing to hand over the charge of the Government Medical College, Srinagar to it last year. Army chief General Bipin Rawat had visited the facility but with Centre showing no interest in the project, it was pushed to the backburner. At present, army runs nine hospitals and paramilitary has around 50 hospitals in the state.

The proposal was revived recently after Rajya Sabha MP Anil Baluni said that he spoke to Union home minister Rajnath Singh and defence minister Nirmala Sitharaman about the condition of healthcare in the hills.

“I implored them to allow doctors with Army and paramilitary to treat civilians. They have agreed to it,” Baluni said.

It is noticeable that government of uttarakhand has started to run it's hospitals, in public private partnership mode, in the light of shortage of doctors. In order to it, very first CSC at Doiwala (cm Trivendra's constituency) of district Dehradun was handed over to Himalayan Hospital Trust Jolly grant. In the same way two another CSC located at Devprayag, Beleshwar and the district hospital of Tehri are under process, as MOU had been signed of giving in PPP mode to the same. Government is stacking claim to improve health facilities in above-mentioned hospitals through PPP sytem.

Therefore no need to say that government of uttarakhand is not capable to provide doctors and proper health facilities in hospital by it's own. Resulting the burden of healthcare still remains in the hands of private clinics and nursing homes at higher cost.