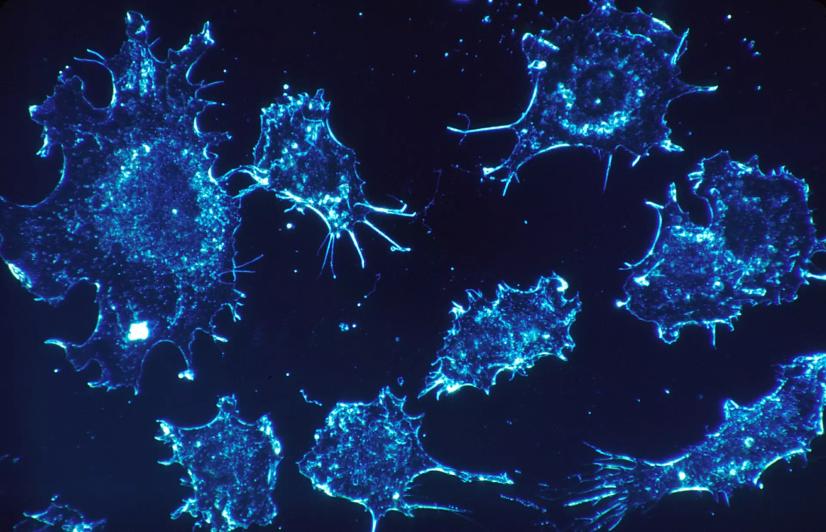 Shrinagar, Jammu and Kashmir: Ghulam Ahmad from Kupwara’s Trehgam village has been suffering from colon (intestinal) cancer since 2012. “I felt numb upon seeing the report (when the disease was first diagnosed),” says Ahmad, who used to work as a salesman at a shop in Srinagar. In October 2012, he underwent a major intestinal surgery at Srinagar’s SMHS Hospital. After the operation, he received eight doses of chemotherapy at 21-day intervals.

SMHS Hospital in state capital Srinagar — 95km from Tregham — is the nearest cancer care facility. The surgery and frequent trips to Srinagar for the chemos have left the family financially drained — they've spent about Rs 10 lakh. All the savings Ahmad had made for the weddings of his four daughters are gone. His wife, Saleema, says, “On certain assigned dates for chemo, we would book a cab and go to Srinagar, but he couldn’t undergo the therapy due to a low platelet count.” Ahmad also suffers from thrombocytopenia (abnormally low levels of platelets in the blood).

In May this year, when Ahmad was preparing for a colostomy, his cancer attacked again. His surgery has been deferred and he’s now receiving fresh doses of chemotherapy, caught in a new cycle of hospital visits and expenditure.

Cancer cases in Kashmir have risen sharply in the last few years, but the Valley has only two cancer treatment facilities — the Regional Cancer Centre (RCC) at Sher-I-Kashmir Institute of Medical Sciences (SKIMS) Soura and a basic facility at SMHS Hospital, both in Srinagar. SMHS Hospital refers patients to SKIMS because it doesn't have a PET scan machine and other medical devices required for cancer treatment. Patients have no option but to travel to Srinagar or seek treatment outside the state, incurring expenses that they can ill afford. The health department in January disclosed that over 26,000 cancer patients were reported in Kashmir Valley in the past seven years. Until August 2017, 16,480 new patients with malignancies were registered compared to 11,815 cases in 2014. The data for 2015 and 2016 was not available.

In 2013, the Indian government had sanctioned setting up of three tertiary care cancer centres (TCCCs), each at a cost of Rs 45 crore, in Kupwara, Kishtwar and Udhampur districts of Kashmir. Work is yet to start at these centres. In the same year, the Jammu and Kashmir (J&K) government established three chemotherapy centres in the frontier regions of Leh, Kargil (Ladakh region), and Kupwara.

Director of health services, Kashmir, Dr Saleem-ur-Rehman says they have sent tender drawings to the Bhabha Atomic Research Centre (BARC) for approval to install radiation equipment and are awaiting a response. "Once the approval comes, we will send the final proposal to the Centre to start work on the TCCCs," he says.

Lack of adequate infrastructure is a barrier in timely and accurate diagnosis of cancer across India, but things are abysmal in Kashmir. There are 27 regional cancer centres in India. According to an E&Y report, the country has only 200-250 comprehensive cancer care centres, 40 percent of which are in eight metropolitan cities, and fewer than 15 percent are government run. India has one oncologist per 1,500 patients (compare that to one per 100 in the US and one per 400 in the UK), and they too are concentrated in the big cities. In 2013-14, the Indian government approved a scheme to enhance tertiary care cancer facilities by assisting 20 state cancer institutes and 50 TCCCs in different parts of the country.

Principal Secretary of J&K Health & Medical Education, Dr Pawan Kotwal said that they are making efforts to strengthen the infrastructure for cancer patients in the state. Kotwal said that three Tertiary Care Cancer Centres (TCCC) at districts have been approved for the state.

“We have already sent the proposal of these three centers to the GoI, once they will sanction our proposals then only money will be released and we will be able to start work,” Kotwal said. He said once these TCCCs will be functional, cancer patients don’t have to visit Srinagar or Jammu for early treatment of cancer.

The existing cancer care facilities in Kashmir, especially the RCC at SKIMS, are struggling to treat patients way beyond their capacity. Dr Mohammad Maqbool Lone, head of oncology at SKIMS, says, “Around 95 percent of the cancer patients in the state come to SKIMS for treatment. The government needs to open more centres, especially in the districts.”

Data available at RCC SKIMS shows that in 2017 alone, 4,500 new cancer cases were registered, 70,439 follow-up patients were treated, and 2,368 underwent radiotherapy. The medical oncology department at SKIMS received 15,712 admissions, including day care and emergency. About 100 patients with solid and hematological malignancies were attended to every day in the daycare ward for various chemotherapies. And all this was being handled by just one doctor.

Lack of modern medical equipment is another problem. Until January, the RCC didn’t have a PET scan facility, which is essential in cancer diagnosis. Now that it’s there, the cost of the scan — Rs 14,500 — is unaffordable for many. At AIIMS, Delhi, a full-body PET scan costs only Rs 7,500. No government or private hospital in the state has PET scan facilities, and earlier, patients had to spend between Rs 40,000 and Rs 60,000 to go outside the state for the scan.

There are hardly any research initiatives to investigate the reasons for the growing incidence of cancer in Kashmir. “By observation of cancer cases, I can list lifestyle changes, smoking, and increased consumption of red meat as the reasons,” says Dr Sameer Kaul, a Kashmiri and a senior oncology consultant at Apollo Cancer Institute, New Delhi.

The cost of cancer

The people of Kashmir continue to suffer and spend inordinate amounts for treatment in the absence of proper cancer care facilities and adequate financial support from the government. Mughli, from Tral town in Pulwama district, was diagnosed with breast cancer in 2008. The malignancy was removed by surgery at SKIMS, to be followed up with chemotherapy, each dose costing Rs 25,000. Despite the fact that the hospital charged them only for the medication, her treatment has cost Rs 10 lakh up till now.

“She was recovering well, but in June last year, the pain came back. Now, the chemotherapy and hospital visits have started all over again,” says her husband, Sabir.

In 2010, the Cancer Treatment and Management Fund for Poor was instituted by the government, but the maximum financial assistance under the fund can’t exceed 60 percent of the estimated cost of the treatment/ management. Besides, only permanent residents of J&K whose family income does not exceed Rs 20,000 per month are eligible to receive assistance under this fund.