81% children in Delhi slums have no toilets: Survey 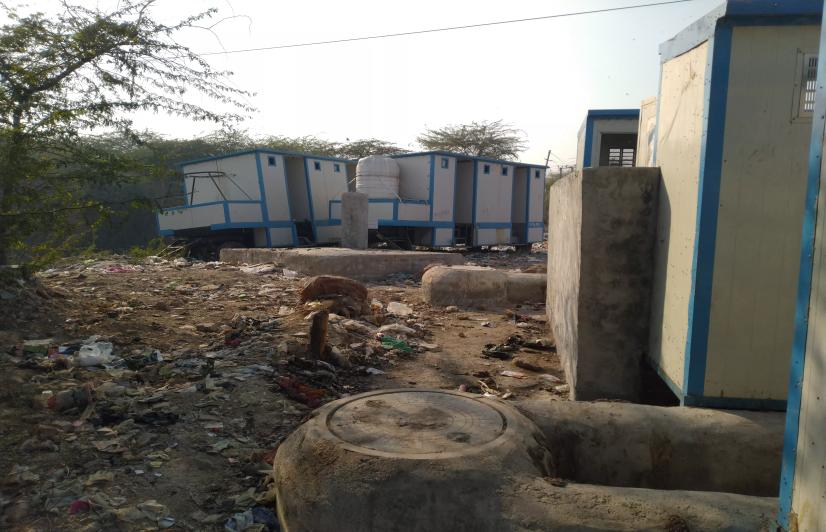 After a minor from a Delhi slum was raped when she ventured out to use a community toilet last year, a survey was held to assess slum children's access to toilets and it found that 81.6% of children living in the slums of Delhi do not have a toilet in their home.

Living in an unsafe environment amid drunkards and drug addicts, having to answer nature’s call after sunset comes with its own set of risks.

In Israil Camp (a slum in Delhi), 12-year-old Priya’s (name changed) small 6 ft X 10 ft home, which houses six members, does not have a toilet. “All from our family go out [to urinate/defecate] in the open. There are no community toilets nearby, and, so we do not go there,”, she said.

Priya revealed there’s always a fear of being attacked by the drug addicts or drunkards who lurk around while adding that residents also have to be wary of snakes and insects.

A total of 423 children participated in the survey, conducted by the Kailash Satyarthi Children’s Foundation (KSCF), from four slum areas of Delhi—Inder Camp, Israil Camp, Kalyan Vihar and Sanjay Camp.

A total of 295 children had access to toilets—private or community—while the rest are forced to relieve themselves in the open. Out of the 345 who don’t have a toilet at home, 203 children (58.8%) revealed they use community toilets (pucca toilets), 14 children (4.06%) use mobile toilets, and the remaining 128 children (37.1%) defecate in the open.

Anita, a 14-year-old from Sanjay Camp, said, “I try to use the toilet when the place is crowded to avoid any untoward incidents.”

Israil camp has only 19 community toilets for a population of around 6000, thus making the number of user per toilet as high as 316.

Ankush (name changed), a 15-year-old from Israil camp, said he has to regularly queue up by four in the morning to use the toilet or else he ends up missing school.

Rakesh Senger, the programme director for the survey report, said the media reported on the lack of availability and safety measures around the toilets in urban slums after the rape incident. That was when, according to Senger, they decided to find out the reality of the situation, and the "results were shocking”.

The officials of the Delhi Urban Shelter Improvement Board (DUSIB), the body responsible for the management of urban slums in Delhi, claim steps are being taken to provide toilet facilities to as many people as possible. DUSIB member Bipin Rai said as the slums are unplanned, there is no scope of constructing toilets in most of the houses. “There was a need of 27,000 community toilets in the slums of Delhi of which the DUSIB has constructed 22,000, while the Municipal Corporation of Delhi has constructed 3,000. The remaining toilets will be constructed within a year,” Rai informed.

Rai stated that once they received information on the issues related to safety and security, they wrote to the Delhi police for increasing patrolling in such areas.

Talking about instilling the practice of using toilets among slum dwellers, Rai said usage fees for toilets had been waived off a year ago since it was expensive for the slum-dwellers, who on an average have six to eight members in their families.

He informed that while it costs the government Rs 50 crore, usage fees were revoked to ensure that people use toilets.

Along with compiling the report, KSCF had also given some recommendations which might help solve the problems. “[The] government must construct private toilets with proper sewage systems, especially in slum areas under the Swachh Bharat Mission (SBM) scheme. The community toilets should be built at the optimal population per toilet seat ratio and should have all facilities including water, sanitation, cleanliness and security,” Senger said.

He added, “Toilets catering to the special needs of children must also be constructed under the SBM. Security issues related to public toilets need to be addressed on an urgent basis. With functional locks and latches installed in all toilets, attendants should be deployed at the gates of the shared toilets, and uninterrupted electricity supply should be provided in every toilet.”

The recommendations also included mandatory police patrolling every night to eliminate the presence of drug and alcohol addicts in and around these toilets, since they pose a significant threat to the safety of children.