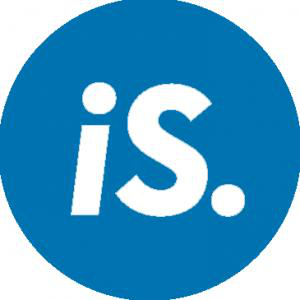 Patna/Bhopal: The Bihar government has provided monetary assistance of Rs 1,000 to more than 2 million Bihari migrant labourers through its Corona Sahayata application under the Chief Minister Special Assistance Scheme. “More than 29 lakh people got themselves registered to avail this benefit. Till date a total amount of Rs 203.28 cr has been paid to 20,32,800 persons after scrutiny and verification of their applications. Remaining eligible beneficiaries will also be paid soon after scrutiny and verification of their applications,” a government release, on May 24, 2020, said.

However, the small-print of this aid makes it clear that anyone who does not hold a Jan Dhan bank account based in Bihar and all those under 18 years of age are not eligible. This explains why millions of stranded workers will not be able to benefit from this scheme.

Navin Kumar, 40, left his village in Bihar’s Vaishali district to work as a porter in Tiruppur district of Tamil Nadu. Since he has been in Tamil Nadu for a few years now, he opened his Jan Dhan account there and hence has not received Rs 1,000 from the Bihar government. “I could have died had the local government and some social organisations not supported us by supplying groceries,” said Kumar, who wants to return home because he is out of work.

Over 91.3 million labourers and small-time traders have lost their jobs since April 2020 as the country went into lockdown to contain the spread of COVID-19, according to this May 5, 2020 estimate from the Centre for Monitoring Indian Economy, an independent think-tank that produces economic and business databases. The central and state governments have announced several welfare measures to help the migrant labourers, but a large number of them have not been able to benefit from these due to various reasons. For example, many workers were unable to register for Bihar’s Corona Sahayata application because they do not have access to a smart phone or the Internet.

Mohammad Shabbir, 24, a mason from Bihar’s Madhepura district who was working in Hoshiarpur in Punjab when the nationwide lockdown started, missed out on the Corona Sahayata relief as he does not have an internet-enabled cell phone.

Working as a mason, Shabbir used to make about Rs 27,000 per month in Hoshiarpur. Since he had just started working, he was unable to save much and ran out of food and cash in the very first week of the lockdown. Shabbir now depends on the local gurdwara for his meals but said there are times when people do not distribute food in his neighbourhood.

Ranjeet Kumar Ray, 44, left Siwan for a job at a pharmaceuticals factory in Lankelapalem, Andhra Pradesh. “Initially, all production had ceased at the factory. It resumed shortly but the production is a fraction of the pre-lockdown levels due to the curbs on import-export,” said Ray. “The daily wage labourers are suffering due to reduced work hours.”

Vinay Kumar, 34, came to Noida from Muzaffarpur in search of work. He ended up becoming a daily wage labourer but has had no work after the lockdown was imposed on March 24, 2020.

All these migrant workers might be in different parts of the country with very different stories, but the underlying theme is the same: no money, no work, little food.

The Bihar government had also announced a Rs 1,000 relief to every ration card holder in the state. Many interviewed by IndiaSpend, including Shabbir, claimed that they had not received this money either.

Shabbir has now found work harvesting wheat for which he makes Rs 2,500 for per acre. “It is difficult, we work in sweltering heat and it takes six people two days to complete one acre,” said Shabbir. “If the field is too far from our home, we also risk police heavy-handedness if we are caught while commuting.”

Ray, who received Rs 1,000 under the Corona Sahayata scheme, said Rs 1,000 is not enough. “Initially, the lockdown was for 21 days. Even for this period, Rs 1,000 was not sufficient. The minimum cost for food is Rs 50 per person per day. So this amount is not very helpful. The Bihar government should have offered further support once the lockdown was extended,” said Ray, adding that many of his friends and acquaintances are in urgent need of money but were not able to get the promised Rs 1,000 despite registering because they do not have their Jan Dhan accounts in Bihar.

Ranjit Kumar Ray, a worker at a pharmaceutical unit in Andhra Pradesh, says given the price rise during the lockdown, food alone costs Rs 100 per day per person if one cooks at home.

Kumar from Noida also pointed out that food and vegetable prices have shot up during the lockdown. “It is not possible for one to live off the Rs 1,000 support provided by the Bihar government,” he said. “A second-hand kerosene stove cost me Rs 250. That left me just Rs 750 for bare essentials including utensils. Grains and vegetables have become expensive during the lockdown. Had the government repeated the aid when the lockdown was extended, I could have managed on my own. But now I rely on community kitchens and the local authorities.”

Accessing money in the Jan Dhan accounts is not easy as many people do not avail of an ATM card at the time of opening these accounts. The only other way to access this money is by physically visiting bank branches, which are either far from where migrant labourers live or have long queues because many people are in the same boat, according to Navin Kumar, the porter in Tiruppur.

The Bihar government has also set up a helpline to help out migrant labourers. Till May 25, 2020, the call centres had received 149,000 calls, said Anupam Kumar, secretary of the state’s information and public relations department.

But a large number of stranded migrant labourers have found it difficult to get through. “My fellow workers and I have been trying to call helpline numbers released by the Bihar government but they are not working,” said Shabbir from Hoshiarpur. “The helpline is of no use.”

While people are unable to connect with the Bihar government helpline, Barhara MLA Saroj Yadav said his phone has not stopped ringing. “I get around 500 phone calls every day. Initially, people of my constituency were calling me, but now people from across Bihar and Jharkhand are calling for help,” he told IndiaSpend. Yadav is from the Rashtriya Janata Dal, an opposition party in the Bihar assembly.

Scamsters have already started conning helpless labourers, claimed Yadav. “As the government is not supportive, the criminals are luring labourers… they take money from the labourers and vanish. I got calls from labourers about the fraud. Relief work and benefits to the poor are not being implemented properly,” he added.

Bihar is expecting about 1.95 million migrant workers by 1,281 incoming Shramik Express trains. Since the first Shramik Express brought 1,187 people from Jaipur to Danapur on May 2, 2020, about 1.2 million labourers had returned to Bihar onboard 805 trains till May 23, 2020. Those taking the special trains back to Bihar have had to pay, on average, more than 50% of the relief extended under the Corona Sahayata scheme towards fare for their journey home.

Bhairo Rai, a labourer, traveled from Habibganj in Madhya Pradesh to Muzaffarpur on a Shramik Express by paying Rs 565 for his ticket. Bhairo had come to Bhopal earlier this year to work as a fisherman. He earned for two months and then lockdown was announced. "I came here to earn money but in the last two months I have a debt of Rs 10 thousand," said Bhairo.

Another migrant worker Ajay Prasad paid Rs 620 for a ticket from Habibganj to Araria. Prasad also had to pay for a bus ride from Raisen to Habibganj, from where the Shramik Express operated.

The Bihar government has, however, announced that it will reimburse the fares migrant labourers pay for their return tickets at their time of leaving quarantine, which is mandatory for all returning by Shramik Express trains. The state government has set up 14,572 block quarantine centres that are currently holding 114,000 people.

Raju Kumar and 150 others from Madhepura were stuck at the All India Institute of Medical Sciences construction site at Kalyani in neighbouring West Bengal. Local leaders from Madhepura and Nadia coordinated and promptly arranged vehicles to take all of them back to Bihar. After reaching Bihar, they were sent to quarantine centres for 14 days.

“My family arranged food for me for the first three days. After that they gave us food for the rest of the quarantine period,” Raju said. He said he used to earn Rs 15,000 per month as a whitewashing supervisor but he has run out of money now. “Neither did I get the [Corona Sahayata] Rs 1,000 nor the other Rs 1,000 that the Bihar government announced for ration card holders. The money has not been credited to my bank account yet. There is no work in my district either.”

(Mishra is a freelance journalist and a member of 101Reporters.com--a pan-India network of grassroots reporters.)