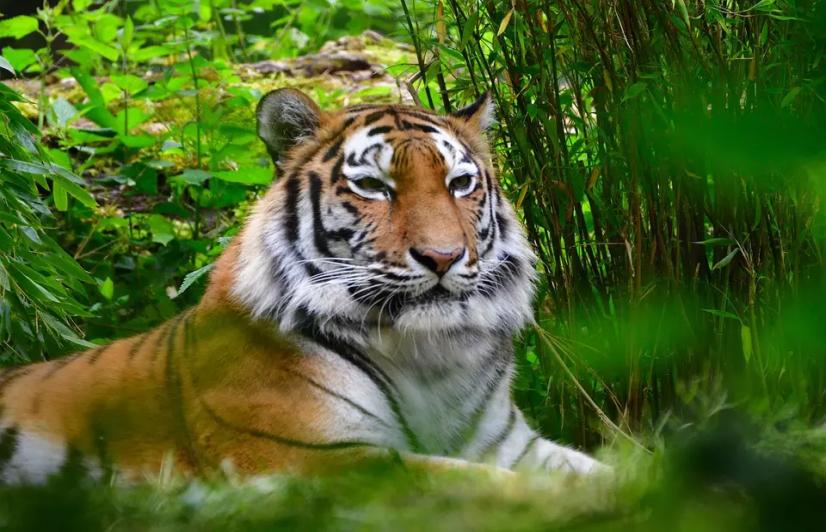 Chandrapur, Maharashtra: Owing to the rise in tiger population in the forest areas of Maharashtra’s Chandrapur district, the state government is pursuing a translocation plan to address the rising instances of human-animal conflict in the area.

According to the tiger census report of 2018, there has been a 64% increase in the number of tigers in the state, with over 160 tigers out of the total 312 in Maharashtra, and is estimated to go up to 200 by the end of next year. However, the rising number of tigers has now escalated the human-animal conflict, and, thus, the government is planning to translocate 50 of them. While the state forest department and some wildlife activists have said that the plan is a much-needed step for the better future of tiger conservation, there are dissenting voices against the human-induced interferences.

The state government is actively pursuing the translocation plan claiming it to be the only viable option to keep humans and the tigers safe. Fifty random tigers would be picked up from the areas surrounding the Tadoba Andhari Tiger Reserve (TATR). The TATR falls in Chandrapur district and is surrounded by large tracts of natural forests, which gives crucial support for tiger breeding.

According to the 2018 census, there are as many as 88 tigers in the 1727.59 square kilometres TATR, which has a tiger density of 5.67 tigers per 100 square kilometres. While the census data pegs the population of tigers in Chandrapur district at around 160, Bandu Dhotre, honourary wildlife warden of Chandrapur, asserted that even the current number could be 200-220.

The tigers outside the TATR, close to the adjoining cities or villages, are not actively monitored and protected by the forest department so there is no accuracy about their population, he added. Besides 88 tigers living in the protected areas of TATR, many tigers roam freely in the territorial forests, the green areas earmarked for commercial timber harvesting and newly found non-forest areas, he explained.

In such areas, the presence of tigers is known but hardly any efforts are being taken for their protection or even for their accurate counting, as it either doesn’t fall into the objectives of the forest divisions, who own these areas, or they are ill-equipped to do so, Dhotre stated.

He explained that the mortality rate of tigers has gone down in the past few years, and thus, the tigers are searching for new habitats outside the preferred and natural forest areas. “Once, a tiger was spotted near Chichpalli village, which is surrounded by degraded forests. When we patrolled the area, to our shock, we found four tigers living in the area,” he informed.

He added that tigers are being regularly spotted in non-forest areas such as the thermal power station and along the Irai river channel, which are adjacent to Chandrapur city. “We are sitting on a landmine. These tigers do not pose any threat to humans as of now. However, we cannot sit idle until something unfortunate happens. We cannot jeopardise people’s faith in conservation activities,” he commented.

Sanjay Rathod, who is the state forest minister, told 101Reporters that the current situation is alarming and demands the translocation of tigers to protect tigers as well as humans. “There are 21 tigers on the periphery of Chandrapur city. Our goal is to save man, animal as well as the environment. We do not see any other alternative than translocation to avoid human-animal conflict,” he asserted.

There are critics of the move, who say it would not solve the purpose, but rather worsen the problem in existing areas as well as initiate conflict in new areas where the tigers are translocated.

Nitin Desai, central India director of Wildlife Protection Society of India, told 101Reporters that the translocation of an animal, prone to instances of conflict with human beings, was acceptable as average 20-25 people are killed in tiger attacks in Chandrapur every year. However, he termed the move “impractical”.

He explained that there can be short- and long-term action plans to maintain the number of tigers in the area and relocating conflict animals or neutering can be done in the short-term, but the problem of plenty is multi-dimensional.

He suggested that the issue of effective dispersal of tigers from the TATR to other forests outside Chandrapur be addressed. Strengthening the wildlife corridors, which may be in poor condition at present due to fragmentation, water canal and the lack of conducive habitat needs to be carried out, he added.

Incidentally, attempts were made recently—for the third time in last two decades—to allow mining in Bander area that lies in the eco-sensitive zone of the TATR and acts as an important corridor for tiger movement to protected forests in the north such as Bor (Wardha), Umred Karhandla and Pench (both in Nagpur) and Melghat (Amravati). The Centre decided to roll back the decision following protests by green activists and intervention by Maharashtra government and former environment minister Jairam Ramesh.

Aditya Joshi, wildlife biologist with the Wildlife Conservation Trust, contended that relocation of tigers cannot be a solution.

“The standard operating procedure by the NTCA (National Tiger Conservation Authority) doesn’t permit translocation of tigers, which are not a threat to humans. Even if these tigers are translocated, the vacant space will be occupied by new tigers, who may not be used to living along with humans, unlike their predecessors. So the human-animal conflict may deteriorate further,” he commented.

The forest in the Brahmpuri division has reported numerous cases of human-tiger conflicts in the past few years as 18 people were killed in 2018-19. In case, the translocation plan gets approval, most of the tigers would be picked up from here, believe environmentalists.

Joshi said he has observed the tigers, who were translocated in the past, but they weren’t able to settle in the new areas. Those tigers were found disturbed after being translocated and some died or had to be killed, while others had just disappeared.

“The translocation exercise would just aggravate the conflict,” he commented.

Joshi asserted there cannot be a single-shot solution to resolve the human-animal conflict, but it is about managerial skills.

If tiger management is added into the objectives of forest divisions that are not originally entrusted with conservation activities, the problem of tiger-animal conflict can be resolved to a greater extent, Joshi commented.

There have been complaints from villagers, who lost cattle or family members in tiger attacks, about red-tapism and delays in getting compensation. Conservationists say the forest officials must ensure a speedy compensation process to pacify villagers, who are generally prone to take revenge by killing tigers. In many cases, the forest staff is subjected to violence by the angry villagers.

Nitin Kakodkar, the Principal Chief Conservator of Forest (PCCF) of Maharashtra, told 101Reporters that the government had narrowed down on the translocation plan after studying all possible alternatives, one of which included neutering.

He mentioned that they have sent a proposal to the government, in which several options are listed, and added that they would go ahead with preparation for the translocation plan if the government approves it.

Minister Rathod said the plan would not be implemented haphazardly and the forest department would have to take efforts if the translocation plan gets nod from the NTCA, a statutory body under the Union Ministry of Environment, Forests and Climate Change.

He explained that the whole process could take up to six years, as they have to ensure a good quality forest and enough prey base before translocating tigers there.