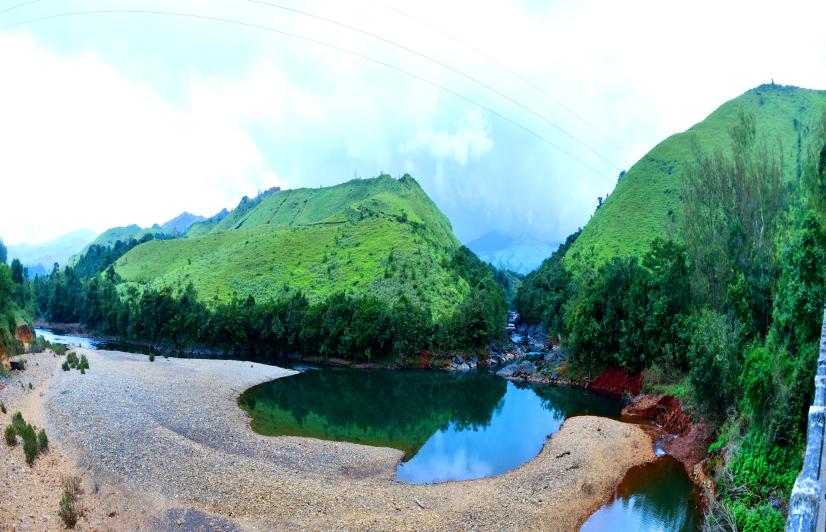 After the union forest ministry reclassified the one-kilometre zone from the Kudremukh National Park (KNP) boundaries on July 2 as an eco-sensitive zone (ESZ), the locals are worried that their means of livelihood and developmental activities in the area would be impacted.

Experts state that though the order is in the best interests of the KNP as it provides a habitat for endangered flora and fauna, it has caused a rise in fear among the indigenous communities even though the radius of the ESZ was brought down from 10 kilometres to one kilometre. The fear of the implementation of the Kasturirangan report, which promised to bring 27% of Western Ghats under ESZ, has caused a lot of anxiety among the people of the area in the past. The KNP is spread over Chikkamagaluru, Udupi and Dakshina Kannada districts in Karnataka.The KNP is home to tiger, l

eopard, wild dog, elephant, sambar, spotted deer and globally endangered species such as the Malabar Dancing Frog and the lion-tailed monkey. Forest officials state that these protected areas have been declared as an ecologically sensitive zone to avoid disturbances from human activities. The government argues that the main purpose of the zone is to prevent all human activities within the national park and to prevent instances of human-animal conflict.

Speaking to 101Reporters, deputy conservation officer of Kudremukh wildlife division, Karkala, P Rutran clarified that there is no restriction on selling or buying land in the area. He emphasised that ecotourism can play an important part in the realisation of the region’s potential, but there is no chance for construction of a large hotel or resort on a large scale.

He added that farmers don’t need any permission from the forest department to dig for borewells.

However, large scale industrial activities such as mining are prohibited in almost 60 villages and 108 revenue sectors of three districts.

The forest department had earlier put a stop on the widening of National Highway 169, which passes through the KNP. It is a major highway through the Bajagoli of Udupi district, passing through the SK Border of the KNP and connects Shivamogga via Kerekatte, Sringeri, Koppa and Tirthahalli.  In addition, many villages in Chikkamagaluru, Dakshina Kannada and Udupi districts have access to the road from the park. The locals believe that these projects, which is instrumental for their daily life, would be hampered after the ESZ announcement. 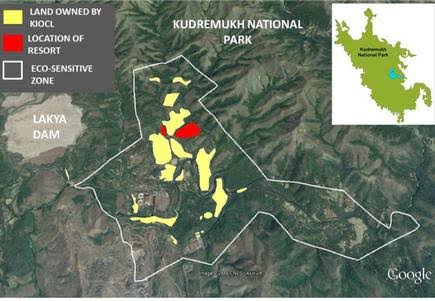 For the 1,300-odd families residing within the national park, there is no electricity connection and there’s no internet or proper mobile network connectivity. During the pandemic, it proved to be a hurdle for students who could access online education programmes.

However, with the help of government subsidies and NGOs, solar lamps have been installed, but since the weather remains cloudy throughout the year, the lamps remain non-functional for the majority of the time, stated Ramachandra Bhat, a member of Wildlife Conservation Society (WCS), a Bengaluru-based environmental collective.

The students usually have to walk for six kilometres for schooling and though there are undergraduate colleges, students have to travel on foot for long distances, and it’s difficult for them, mentioned local social activist Shivananda S Pandru.

Viswanatha, a resident of the ESZ range in Udupi district, stated that though the government says they want to reduce man-animal conflict, he believes that the presence of tribal communities hasn’t hampered the animals, birds or any kind of forest growth.

Ramachandra Bhat, a member of Wildlife Conservation Society (WCS), a Bengaluru-based environmental collective, stated that the decision will be beneficial for locals as it will minimise pollution in the area and also decrease man-animal conflict.

Even though the market value of the park is low, the forest department is buying revenue land of tribals and converting it into a forest land at a price of over Rs 30 lakh per acre and this has improved the lives of the local population and it gives an opportunity to get jobs and to do small businesses, mentioned Bhat.

Shivananda S. Pandru, a local social worker, stated that since the KNP has been created, the residents have faced tremendous hardships. He added that even the alleged timber mafia has kept looting the forest while the forest department could do nothing. In the meanwhile, the locals were harassed and had to get permission for agriculture or any construction.

“The poor are being treated unfairly by the forest department. The government, which cares about animals, birds and plants, has no sympathy for human beings around it,” he commented.

Sridhar Gowda, general secretary of the Karnataka chapter of Malekudiya Association, an organisation fighting for the rights of tribal communities, told 101Reporters that construction of roads and bridges, which are basic for the original residents, require permission from the forest department.

With this move, infrastructural development of the area is being disrupted, and as per law, the state should not negate the rights of tribal communities, he added.