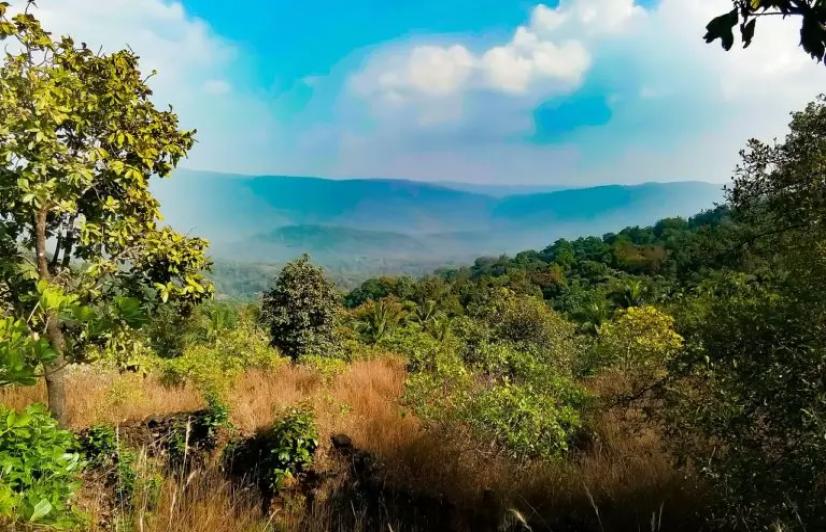 On March 20, the controversial Hubballi-Ankola railway line project was cleared at the Karnataka State Wildlife Board (KSWB) meeting in Bengaluru amid protests from members. The project is set to affect the ecology of the Western Ghats, home to numerous endemic species of plants and animals.

The proposed 164.44 km Hubballi-Ankola railway line passes through the Western Ghats and has been declared as a World Heritage Site by the United Nations Educational, Scientific and Cultural Organization (UNESCO). The project will see felling of 2.2 lakh trees, a move that has been opposed even by the members of the KSWB.

According to a site inspection report submitted to the Ministry of Environment, Forest and Climate Change (MoEFCC), nearly 80% of the proposed railway line passes through the dense forest lands. The total land required is 995.64 hectares, including 595.64 hectares of forest land, 184.6 hectares of wetland, and 190 hectares of dry land, says the report.

Sanjay Mohan, the Principal Chief Conservator of Forests with Karnataka forest department and a member of the KSWB, told Mongabay-India that the people of North Karnataka want development and jobs in their area, and this project will ensure these things.

Though covering an area of 1.8 lakh square kilometres—or just under 6% of the total land area in India—the Western Ghats contains more than 30% of all plant, fish, bird, and mammal species found in the country.

The Western Ghats, apart from being a storehouse of tropical biodiversity, are also the source of 38 east-flowing rivers and 27 rivers flowing into the Arabian Sea. Godavari, Krishna, Mandovi, Cauvery and Zuari are some prominent rivers that originate in the Western Ghats. Approximately 24.5 crore people living in the peninsular Indian states receive most of their water supply from rivers originating in the Western Ghats.

Vijay Nishanth, biodiversity management committee member of the Bruhat Bengaluru Mahanagara Palike Forest Cell, highlighted that the area is among the 10 biodiversity hotspots in the world as about 2,500 endemic species of plants, insects, animals and amphibians are present there.

If a part of the area is used for development, many localised species will go extinct, he added.

The project is set to affect the vegetation, faunal diversity, tiger and elephant movement corridor in the Western Ghats. The proposed railway line passes through different types of forests, including evergreen, semi-evergreen, moist deciduous and dry deciduous with a dense canopy.

The project is a complete hoax and professional fraud, according to a former Chief Wildlife Warden (CWW) with the Karnataka forest department.

Requesting anonymity, the ex-CWW added that apart from the loss of vegetation, the project will also affect rainfall. The forests give out atomic molecules, which seed the clouds and induce rainfall due to which the top ridges receive 4,000-6,000 mm of rainfall and on account of good vegetation, there's good organic matter in the soil, and it helps in the percolation of water, he informed.

The water comes out at lower ridges in the form of springs even several months after the rains stop, leading to the availability of water even during dry periods, he explained.

The destruction of vegetation in the Western Ghats will lead to erratic rainfall, no scope for rainwater to percolate into the soil, and hence the water will rush downstream at high-speed taking away the soil along with it, he highlighted.

“In this way, the Western Ghats start getting destroyed and the eroded soil deposits in lakes and rivers, which will reduce their capacity to hold water. Either there will be a flood or a drought, as we have already witnessed in 2018 and 2019. All this can lead to a reduction in crop yields and subsequent food shortage,” he stated.

The Indian Institute of Science (IISc) in its report to the state government stated that a frog species that had gone extinct was rediscovered on the proposed railway stretch, but still recommended for the implementation of the project with suggested mitigation measures.

Such rediscovered species will be in very limited numbers and with the implementation of this project, this species is definitely going to become extinct, Vijay highlighted.

He also added that there are many other species in the Western Ghats that have medicinal, industrial and food value. They play an important role in this ecosystem and environment and there is a need to preserve them by not implementing the project, he mentioned.

On August 12, 2017, the MoEFCC stated that the Asiatic Elephant is the most threatened species and there is a call for conserving and protecting their habitats. While there are about 50 tiger reserves in the country, Kali Tiger Reserve and the Western Ghats constitute the best of the habitats for tigers and elephants.

The ex-CWW highlighted that the proposed railway line will shrink their habitat, take away their homes and will cut the movement of elephants and tigers, which will lead to more instances of man-animal conflict.

The ex-CWW mentioned that no one is ready to analyse the past and the present decade's accelerated climatic changes, which have resulted in a series of ecologically and environmentally disastrous events across the globe. The ecological repercussions of this project would be severe, he cautioned.

Requesting anonymity, a highly placed KSWB member told Mongabay-India that every department has been opposed to the project from day one. He informed that on March 9, the KSWB had met to discuss two options: the Hubballi-Ankola railway line and the Hubballi-Madgaon railway line. The latter too provides rail connectivity to Ankola but takes an hour and a half longer than the Hubballi-Ankola line.

The official informed that they had given wildlife clearance to the Hubballi-Madgaon railway line in the March 9 meeting to save the Western Ghats. This project would have required felling of trees only on six-seven hectares. The official said Karnataka Chief Minister BS Yediyurappa too had accepted the proposal but had to reverse the decision within a fortnight reportedly because of political pressure.

In 2017, the Karnataka government had recommended the proposal to the MoEFCC based on the IISc report, where it recommended the implementation of the project with suggested improvements. However, in 2018, the National Board for Wildlife introduced two committees comprising the Inspector General of Forests, Wildlife Division of MoEFCC, Wildlife Institute of India, National Tiger Conservation Authority. The committees rejected the project in its entirety.

The committees didn’t recommend implementing the project, considering its wider ecological ramifications on the fragile Western Ghats and its impacts on the endangered species. In one of their reports, the committees said, “It is reiterated that extremely fragile ecosystems of the Western Ghats will not be able to sustain or buffer impacts likely caused by a developmental project of the scale of Hubballi-Ankola railway track construction.”

After the meeting on March 20, Jayanagar MLA Sowmya Reddy resigned as a member of the KSWB. She took to Facebook where she mentioned that the project will have a severe impact on the environment and wildlife.

“I am not against development, but I cannot support something that is harmful to the environment where there was an alternative, my conscience will not allow me to. Natural disasters in the recent past have shown us that nothing is bigger than preserving the exciting nature,” she said.