In ‘scenic’ Srinagar, where are the green open spaces? 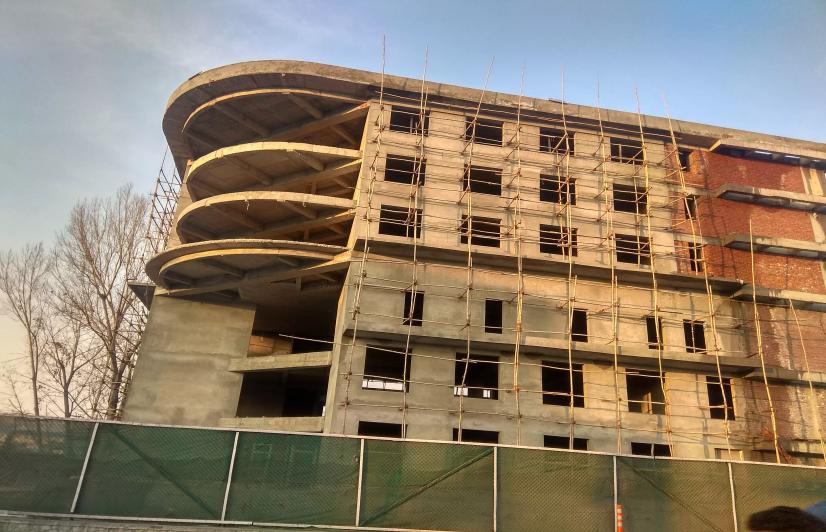 Srinagar, Jammu and Kashmir: Fast turning into a hotchpotch of unplanned constructions, Srinagar, the summer capital of Jammu & Kashmir, has only around 50 per cent of accessible and organised green spaces for its residents as compared to the standard set for urban India.

As per Urban and Regional Development Plans Formulation and Implementation (URDPFI), a set of guidelines passed by the Union Ministry of Urban Development, a city like Srinagar should have a minimum of 570 hectares (11,268 kanals) of land under organised parks and gardens.

The information was revealed in ‘Draft Action Plan for Augmentation of Organised Green Spaces in Srinagar’, a document formulated by J&K Urban Development Department in 2018. (http://jkhudd.gov.in/pdfs/Action%20Plan_Green%20Spaces.pdf)

“Rapid population growth and unplanned urbanization are fast resulting in depletion, deterioration and over-extraction of Srinagar’s ecological resources including green space…Even more precarious situation is seen in the core city which is comprehensively without green cover presenting a very desolate picture,” reads the document.

The bubbles of being ‘world famous’ and ‘paradise on earth’ are further pricked when one compares Srinagar with other denser cities of India.

The World Health Organisation (WHO) has set up a minimum scale of 9 Square Metres (SQM) of organised green space that should be available to every inhabitant of a city.

While cities like Varanasi, Chandigarh, Jaipur, Bhopal, Allahabad, Noida and even New Delhi easily surpassing the standard, Srinagar stands at a disappointing 2.6 SQM.

The WHO also suggests designing green area networks, so that all residents live within a 15 minute walk to an open space.

However, given the present scheme of things, it seems unattainable in Srinagar.

A look at the 2017 State Annual Action Plan (SAAP) under Atal Mission for Rejuvenation and Urban Transformation scheme (AMRUT) reveals that J&K government plans to marginally increase the existing per capita green space cover to 4.5 SQM by 2020.

That is because the government plans to develop just four such spaces––the parks along the Jhelum Bank, Green Park at Harwan, Tulip Garden, and a park along Nishat Bund.

Besides, there seems a clear rift between the Srinagar Smart City plan, which is silent on increasing the green cover, and the Draft Master Plan, which foresees construction of 860 parks between 2015 and 2035.

Since the Mughals constructing a few gardens in Srinagar centuries ago, there has hardly been any addition to the city’s green space during the preceding governments.

Except Tulip Garden, no mentionable new parks have been created.

On the contrary, many such spaces that existed are now buried under tall concrete figures, which the state disdainfully allowed and still does.

Khalid Bashir Gura, 25, a resident of Khanyar area in downtown (old city) says he is witness to how his part of the city has seen unplanned expansion at the cost of almost all the green space that was available when was a kid.

“It (the green spaces) is all gone. In just over a decade, all I have seen are houses after houses being constructed,” he says.

Move to the uptown parts of the city the situation isn’t any better as unplanned constructions galore in areas which were once open swathes of land, where kids used to play.

Mohammad Shafi, a resident of uptown’s Mehjoor Nagar area, says the colony where he lives has expanded by around “1000 per cent”.

“Hundreds of houses have been constructed in my area in the last 20 years but the government has not constructed even a single park for the residents,” he says.

The situation remains so even though there are five government establishments–Floriculture, Srinagar Municipal Corporation, Srinagar Development Authority, J&K Housing Board, Landscape Division of  Roads & Building Department–directly responsible for the development and maintenance of public parks.

The official apathy to the issue continues in clear defiance of Court directions as well.

In 2016, Justice (Retd) Bilal Nazki wrote a letter to the then Chief Justice J&K High court pointing out the lack of green spaces in Srinagar.

Treating the letter as a Public Interest Litigation (PIL), a division bench of Justice Ramalingam Sudhakar and Justice M K Hanjura, in December 2017, directed the J&K government to set up and implement an action plan for enhancing green space of the capital city.

Almost a year later, on September 15 2018, the Court, however, observed that there was hardly any improvement in the creation of green spaces in the city.

Justice Gita Mittal then questioned the state’s government’s response that Rs 64 lakh had been released for development of green spaces in Srinagar, asking where the money had been spent.

Fayaz was wary to mention the 45,000 kanals of land under defense and paramilitary establishments in Srinagar alone.

He, however, agreed that the city has lost many historic gardens to “indifference and apathetic” attitude.

Fayaz, last year, had asked for public feedback on the ‘Action Plan’.

A year later, however, he told 101 Reporters that they had hardly received any response.

“We did not receive any substantial feedback. We finally submitted the draft to the Court. On Court’s direction, an SOP was formulated and submitted to the floriculture department.

“To be very honest, nothing much has happened,” Fayaz said.

His Draft Action Plan recommends 15 per cent surface area of any development project to be earmarked for the development of organised green spaces.

It adds that Malkhah, the oldest graveyard in the city abutting Kalai (the historic wall separating parts of old city) can be developed into a “vital lung space” in the area.

The Plan recommends that the state government shall ensure proper landscaping of historic graveyards and Eidgahs (open spaces for offering Eid prayers) for enriching the biodiversity and ecology in these areas.