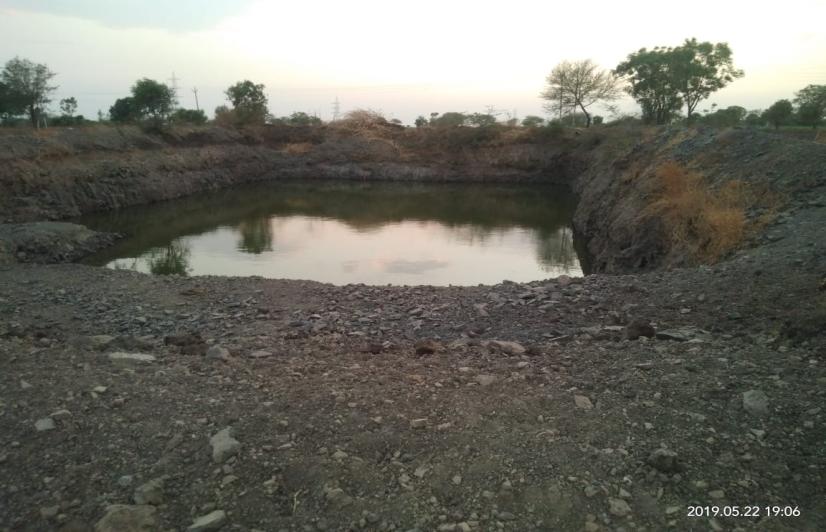 Illegal stone mining and stone crushing in the eco-sensitive zone of the Great Indian Bustard sanctuary (GIB) in Maharashtra has caused irreparable environmental damage and affected water sources, locals and experts say. However, even after a National GreenTribunal (NGT) order to stop mining activities in the area, it continues unabated, residents of nearby villages claim.

The GIB sanctuary in Shrigonda taluka of Ahmednagar district is an eco-sensitive zone and doesn’t permit any anthropogenic (human-related) activity within the 10-kilometre radius, but illegal stone mining and stone crushing units have caused massive damage to the environment and impacted the nearly extinct habitat of the GIB.

Vinaykumar Jathar, who filed a complaint with the NGT in 2019, informed that the permissions for stone mining were sought in 1994 for one block of land, but the permission remained misused for years and claimed that not enough action has been taken to curb the damage to the environment.

He stated that many farmers and villagers have complained to the tehsildar, district administration and local body to address the matter. “About 12 different complaints got registered over the years, with no relief in sight,” he added.

Baykar Datta, a farmer in the Shrigonda village, stated that he lost his only water source over the years owing to mining-related activities. “The problem started when the stone mining started about 250 feet away from my well. The water from the well contaminated and eventually drained out owing to fissures and cracks caused by the blasting of rocks,” he added.

He added that even his 4.5-acre farm was impacted as the water pumped out from the mine and released after mining and excavation activity in the area polluted the entire area. He said his friend Satish Gaikar had planted about 250 lemon plantations, which he lost completely owing to dust and polluted water.

Machindra Dange, a farmer from Wadali village, stated that his 13-acre farm was ruined as dust would settle on the crop, making it unfit for harvest and added that the yield had also declined over the years.

Dange added that his family members suffer from respiratory illnesses regularly, which he presumes to be from the dust from the mining activity. They realised that many members of the community started having breathing and respiratory troubles and complained to the authorities demanding mitigatory measures, he mentioned.

“A hill, slope or barren land is also a part of biodiversity. Having such areas with less vegetation doesn’t mean that they don’t need to be preserved, especially in the case of birds,” Sujit Narwade, project scientist at Bombay Natural History Society (BNHS), told Mongabay-India.

Narwade stated that grasslands are a vital part of the GIB’s habitat and since the GIB is a shy bird, it needs a more secluded and quiet environment, unlike a crow or sparrow. He mentioned that vibrations, transport activity, crushing and other activities around the mining areas only disturb and damage the ecological factors in the area.

Each time they reached out to the authorities, they were told that necessary permissions had been taken, and were then forced to file Right To Information (RTI) requests, which helped them realise that the mining is being carried out illegally, stated Jathar.

He further said that it was revealed that out of the 12 blocks where mining was carried out; permissions for only one block was approved years ago and even its term had lapsed.

The mining took place on the banks of irrigation canal, the blasting of the ground affected the water recharge capacity of groundwater sources and impacted the wildlife and cattle. It was also revealed that water meant for irrigational purposes was pumped for the quarry works, thus also violated environmental norms.

“We also realised that illegal stone mining zones cropped and land exploited through just consents and not permissions. The electricity bills showed that more stone mining was conducted than the approved amount,” Jathar said adding that by no means the exorbitant bills would generate unless the time and amount of stone mining were abused.

After Jathar approached the NGT, the environmental body ordered an inquiry and asked for a joint report from the collector and Maharashtra Pollution Control Board (MPCB) only to find the allegations true. The NGT ordered action against the concerned and instructed the mining to shut.

Asim Sarode, the lawyer who represented the case and presented in August 2019, explained that stone is usually considered to be a minor mineral and often permissions are taken in the form of consents and treated as public property.

Sarode stated that while the mining on these quarries goes uncontrolled, no assessment of damage to the environment has been carried out.

“The sanctuary is the only habitat which needs to be protected for the safety of the GIB. The noise, blasts, clouds of dust and continuous vibrations of mining activity done within the eco-sensitive zone of 10-km radius shows the poor management and weak efforts of monitoring agencies, which in the case is the MPCB and the district collector,” Sarode said.

Official sources defending the mining company’s stand said, “The mining work was ongoing on only one site when the orders were passed, and the work is entirely shut, as per the NGT orders issued in December 2019. The assessment on the environmental damage caused is still undergoing assessment, and the NGT will direct the fine imposed after the same is submitted.”

Sarode *(This is not Sarode. It is the lawyer defending the mining company)* said the newly revised guidelines of the Ministry of Environment and Forest have relaxed the eco-sensitive zone from 10 kilometres to 400 metres and the sugar factory now does not violate any environment norms.

(Same here) He said that ruling on the violations and other decision would be taken as the case concludes with the NGT.