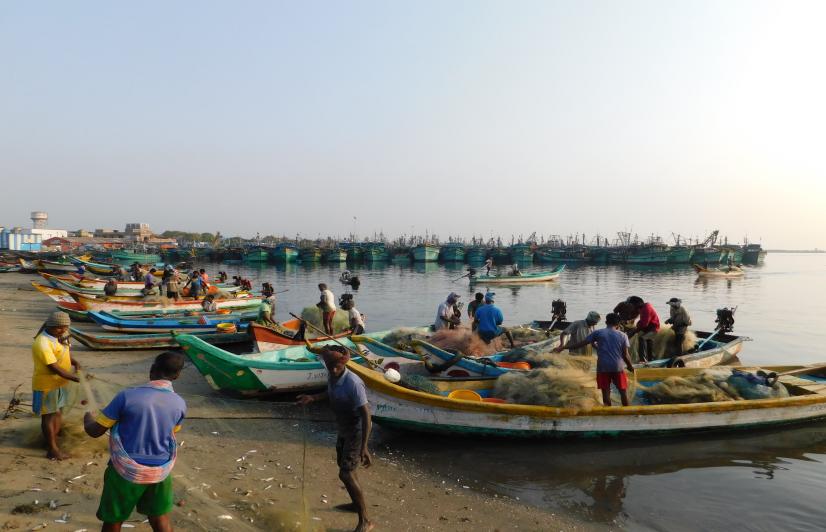 The fish catch from the western coast of India has declined, according to the Marine Fish Landings Report 2019 by the Central Marine Fisheries Research Institute (CMFRI). Climate scientists attribute this drop to the increasing pollution, global warming and a decrease in phytoplankton population.

In 2019, Maharashtra witnessed the lowest annual catch in 45 years with a steep decline in all the fish species being caught, the report highlighted. The total estimated fish landings (fish catch that arrives at the ports) in the state stood at 2.01 lakh tonnes in 2019 against 2.95 lakh tonnes in 2018 (32% decrease), the report added.

Most of the fish catch came from Mumbai city district, followed by Raigad and Ratnagiri. Apart from the Non-penaeid prawns, every other fish species showed decreased landings in comparison to 2018.

These extreme weather events are the result of climate change and are likely to increase in the coming years, he commented.

Experts say that global warming has given rise to a host of problems such as a decline in phytoplankton population and migration of fish, which affects the fishing industry.

Dr Roxy Mathew Koll, a scientist with the Indian Institute of Tropical Meteorology, Pune, told Mongabay-India that the decline in the number of fishing days was owing to extreme weather events like heavy rains, weather in the Arabian Sea and overfishing, while highlighting that the weather issues are a consequence of climate change.

The ocean surface warming in the Indian Ocean during the past century is up by 1.2°C, compared with a global surface warming of up to 0.8°C during the same period, according to a study by Dr Koll. Almost 90% of the extra heat owing to increased greenhouse gases has been absorbed by the oceans, and it is taking a huge toll on the marine ecosystem, it added.

He explained that fish migrate depending on the temperature and they usually migrate from the tropical waters (warm) to the north (cool), and that trend has already been observed in the Indian waters.

Another study led by Dr Koll showed a significant decline in the marine phytoplankton (microscopic marine algae which is food for whales, shrimp and jellyfish) in the Indian Ocean. Phytoplanktons absorb the solar radiation and modulate the upper ocean heat flux, thereby influencing climate processes, it added.

The study indicated that marine phytoplankton population has decreased by 20% in the last six decades and it has declined by 30% in the western Indian Ocean during the last 16 years because of rapid warming. A decline in the marine phytoplankton population can affect the marine food chain, turning a biologically productive region into an ecological desert and impact the food security in the countries bordering the Indian Ocean, the study noted.

India is the second-largest producer of fish in the world, contributing to 5.43% of the global fish production. Generally, about 60-75% of India’s marine catch comes from the west coast. Apart from nutritional security, Indian fisheries also provides livelihood support to over 1.4 crore people.

Not just Maharashtra, the entire western coast has shown a declining trend in annual fish catch. Goa, Kerala and Gujarat witnessed a drop in fish landings of 44.4%, 15.4% and 4% respectively. Species like the Indian mackerel (Rastrelliger kanagurta) and the Indian oil sardine (Sardinella longiceps) were among the species which saw the highest drop in 2019.

In 2019, India faced six severe cyclones—Fani in April, Vayu in June, Hika in September, Kyarr in October, Maha in Oct-Nov and Bulbul in Oct-Nov—which adversely affected the fishing calendar days, especially in the west coast, the CMFRI report mentioned.

Ganesh Nakhawa, a member of the Karanja Fishing Cooperative Society in Raigad, told Mongabay-India that the fishermen are stressed as they suffered a decline of almost 50% in their annual fish catch and attributed this decline to global warming and climate change.

“Last year, the western coast witnessed many cyclones due to which the fishing days were less and the cyclones are increasing from the last three years,” he added.

Global warming can give rise to El Nino-like events: Scientists

In 2019, the Intergovernmental Panel on Climate Change released a report where it observed that climate change was the reason behind increased precipitation, winds and extreme sea-level events associated with some tropical cyclones.

The report also listed that the average intensity of tropical cyclones is related to the 2ºC increase in global temperature rise and rising mean sea levels will contribute to higher extreme sea levels associated with tropical cyclones. Satellite observations in the report revealed that marine heat-waves (short period of abnormally high temperatures in a sea or ocean) doubled in frequency between 1982 and 2016 and have become more intense, and extreme phenomenon like El Niño and La Niña are projected to likely increase in frequency across the globe, mainly in the Indian Ocean.

According to the CMFRI, in addition to the declining trend of common resources which were once prevalent in the western coast, unusual formations of frequent cyclones occurred in the Arabian Sea was one of the major reasons for the reduced landings and caused a 36% drop in fishing days.

Dr Koll mentioned that the Indian Ocean is warming rapidly due to which these severe cyclones are projected to increase and the only way to deal from these cyclones is to reduce carbon emissions.