How Mumbai’s fishers adapted in the lockdown, kept their sales alive 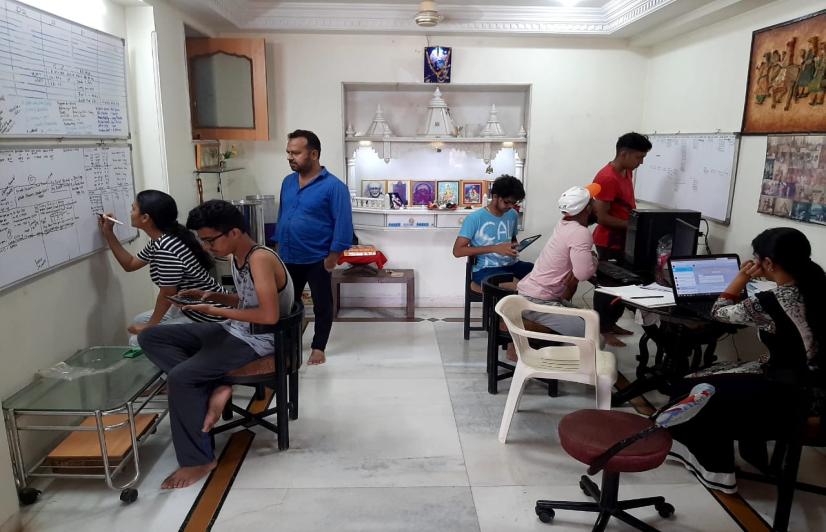 The members of Koli (fishermen) community in Mumbai have found a sustainable answer to their economic woes brought forth by the lockdown. The sudden lockdown announced by Prime Minister Narendra Modi on March 24 left many, especially those in the marginalised sectors, without any means to arrange for their daily survival. However, disruption in the traditional methods of fishing and moving towards sustainability has helped fishermen from Mumbai adapt during the lockdown.

“There were hundreds of fishermen reaching the coast on March 24 when the lockdown was announced, suspending all activities. Since fish or meat didn’t fall into essential commodities, none of the fishermen was allowed to get fish at the port for sale by the authorities,” said Ganesh Nakhawa, a fisherman from Karanja near Mumbai.

Nakhawa mentioned he read that 15,000 tonnes of fish had to be dumped, causing a loss of crores of rupees to the industry, and this prompted him to take action. Determined to survive the crisis and get back on their feet, Nakhawa, who is the director of Karanja Fishing Co-operative Society in Raigad district, pulled some strings to get fish included in the essential commodities category.

By the first week of April, he had managed to get some fishermen back to the sea. He highlighted that they had to fix the supply chain as distributors weren’t available and thus they started selling the catch to people directly. Relying on the distributors would also mean that the fishermen would have to wait to get money whereas they were in an urgent need of money, he added.

Nakhawa highlighted that in the new practice, they moved away from the popular fish varieties, such as the pomfret, mackerel and Bombay duck, and started supplying local varieties of fish such as groupers, tuna, red snapper, trevally and the Indian sea bass.

“What is majorly different here is the industry isn’t driven by customer demand anymore. Instead, it has become a fishermen-driven venture. We supply what is available in the ocean and not go out to hunt for what is demanded in the market,” he commented.

Starting with a 50-kg delivery in his hatchback car, Nakhawa mentioned that they deliver around 3,000 kg of fish every day in areas such as Dadar, Mahim, Bandra, Khar, Santacruz and Andheri. This practice helped them cut the middlemen and directly reach the customers. They made B2C (business-to-customer) and B2B (business-to-business) connections to sell their produce, Nakhawa added.

At present, there are 600 fishermen and 50 boats on board among the 6,000 members of the community alone in the vicinity of Raigad and Mumbai. “We care for the fishermen and we care more for the fish. We have ensured that the fish doesn’t lose its value. We bluntly tell customers that the way they cannot expect strawberries in summer, it is wrong to expect a particular fish odd for the season,” Nakhawa mentioned.

Overexploitation of natural resources by human beings is one of the greatest pressures affecting the structure and functioning of marine ecosystems over short-time scales, according to a 2017 study. Short-term weather changes and climate change also impact the marine ecosystem, the study added.

According to the Food and Agriculture Organization of the United Nations, the changing climatic conditions contribute to ocean warming, rising sea levels, increased extreme weather events, and changes in the chemical makeup of the aquatic environment that impact the world’s fisheries and aquaculture sector.

Nakhawa mentioned that to ensure sustainable practices, they partnered with Numer8, a data analytics firm working to bring sustainability and traceability in the fishing industry. Devleena Bhattacharjee, the founder of the firm, stated that such a practice helps solve problems faced by two sides of the ecosystem, the fishermen and the fish. For small-scale fishermen to get a good catch, they need the help of weather safety guidelines and where exactly to fetch, and that is how Numer8 has been helping these fishermen, she stated.

She added that climate change and heavy industrialisation has disturbed the fish pattern with lesser catch and rough weather, resulting in them having to spend more time at sea.

“By burning more fuel, the operating costs have skyrocketed. The bigger aspect is that along with providing fishermen with vital weather information, we collect the data about the fish caught, the fishing zones, the owner and teaching to use the right net sizes as prescribed by the government. We are emphasising that fish are allowed at least to breed once in their lifetime before they are caught,” Devleena said.

Since the details of the catch location and methods along with registered fishermen are known, they are being shared with the customers. “We are providing QR Code on the fish packets sold that displays information on the time where the fish was caught, the location, the fisherman and bring traceability factor in the fishing industry,” Devleena added.

“If we educate the customer, it will change their mindset to take fish from proximity and not from the Indian Ocean or any distant waterbody. At present, the customers don’t know where the prawns come from, where they were caught and the freshness aspect of it,” she further said.

Roxy Koll, a climate scientist at the Indian Institute of Tropical Meteorology, told Mongabay-India that climate change is affecting the fish population and causing them to change their natural residing location. “The fish species are migrating northwards while some species show the southward trend of the Arabian Sea in search of cooler areas,” he added.

Roxy mentioned that the major reason behind migration is the stress caused by industrial fishing practices owing to the absence of sustainable practices and climate change is only adding to it. “With more popularity, sardines are caught even before thy mature and hence there is a dire need for sustainable practices to evolve soon,” he added.

Nakhawa highlighted that through the new system, fishermen don’t have to loan money or pawn off jewellery to survive. While the demand for organic vegetables have grown and farmers have benefitted, he wishes the same for the fishermen, helping achieve food security.