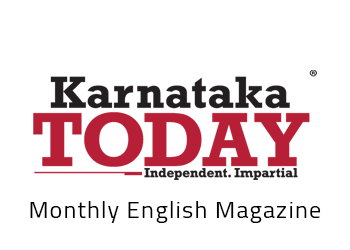 Women standup comics are a growing tribe
Shrirupa Sengupta, 31, finds it really funny when people introduce her as a "female comedian", as if it is shorthand for a stereotype she should be subscribing to. “Sometimes I treat it tongue-in-cheek by introducing myself as 'I am a female comedian' and mostly people get the irony. I think all comedians, irrespective of gender, find joy in performing about their life experiences,” she says.
Shrirupa is now a comedian with Evam Stand-Up Tamasha, South India’s largest comedy movement, which has taught her the importance of staying authentic on stage and off it. The kind of comedy she loves performing is observational, and she also dabbles in comedy and storytelling in her new show 'Vinegar & Baking Soda'.
Seema Rao Narayan, a standup comic based in Bangalore, focuses on women-centric issues on stage. Seema is also part of the Kannada comedy scene in Bengaluru, and believes that the audience which comes to watch these shows is extremely warm. The Kannada comedy troupe she is associated with is Lol Bagh, a witty wordplay on Bengaluru’s iconic Lal Bagh.
Punya Arora, another young standup comic in Bengaluru, is busy performing her one-hour solo show called 'Meri Maa Ki!' across Bengaluru, Mumbai and Delhi. “It's a show that's very close to my heart and talks about my life growing up with a single parent. It deals with interesting topics in an uplifting, positive way, and describes a tough childhood but with humour,” she says. She also hopes to take her show overseas, where its version in English will be called 'Mum’s The Word!'Turning points
For 38-year-old Seema, standup comedy was completely accidental. The software engineer lost her voice two years ago because of laryngitis. It was during the period of recovery that she watched a lot of standup comedy, and thought that she too should try her hand at it. Off stage, Seema is mother to a young daughter she is raising with her husband.
Shrirupa has a completely different life outside of comedy. After having completed her Masters in Social Work specialising in Criminology & Justice, she was recruited as a consultant technical officer by the Department of AIDS Control, Ministry of Health and Family Welfare, Government of India, in Delhi. She shifted to Bengaluru in 2014 after quitting her job, and pursued a postgraduate diploma in Epidemiology. She considers this period one of the troughs of her life as she was recovering from panic attacks, and considered standup comedy seriously to address her anxiety head-on.When she won an open mic competition in Bengaluru, it gave her the much-needed validation at one of her life’s lowest points. “I built from there, signing up for Improv Comedy Bangalore and studying comedy as an art form, and hitting open mics till I found my style,” she says. In addition to stand-up comedy, she works with a non-profit in the sphere of public health in Bengaluru.
Punya, also a photographer specialising in underwater photography, has had quite a rollercoaster ride. She was mostly working outdoors and the studio she was paying rent for was lying unused. “I was so heartbroken when I had to close down my studio because it was my dream. But life had other plans for me,” she said. Later, a friend urged her to get on stage, and she's never looked back since.Jokes on sensitive subjects
Seema says that since time immemorial, society has been built such that men have always been thought of as the funny ones while women are the ones to laugh at their jokes. But things are quickly changing, and for the good, she says.Seema believes it is easier for a guy to crack a joke about anything and get away with it. "It's not the same with women. People find it difficult to accept that a woman can crack jokes about body parts," she says.
Punya has a positive approach when she addresses a sensitive subject, as she believes that a lot of her comedy comes from looking at the brighter side of things. She also believes that there is a fine line between joking about something sensitive and being insensitive about it. “You should be clear about the point you're trying to make and the emotion you want it to invoke in people,” she says.
Shrirupa says she starts by creating a safe space with the audience. Seema, too, believes that becoming familiar with the audience helps gauge how far one can go, and if it would sit well with the audience.Shrirupa and Seema are both a part of 'Uterus and I', a standup show by women and mostly for women discussing issues that affect them in their daily lives.Gender challenge
Seema says that women actually have to prove their mantle as competent and funny comedians, to have a large following or an audience. A mother, she believes that one of the key challenges is timing. "Most of these shows are late in the evening or beyond 8:30 pm. It becomes difficult as I have other responsibilities," she says.
So, are there really very few women in comedy, especially in India? These women definitely beg to differ.
Punya says that in general, comedy has been a male-dominated field but she sees that changing. She personally believes that there is a strength in being recognised as a woman in comedy, and is glad that female and male perspectives are coming to the fore.
Shrirupa says that in India, there are at least 100 women in comedy, and the number is growing. Jeeya Sethi, another comedian, once created a Twitter list of the country's women comedians. “We ourselves were stunned to know there were so many of us. Comedians will take time to break out of stereotypes and get more visible, but keep on and you are sure to get wowed," she says confidently.
Development