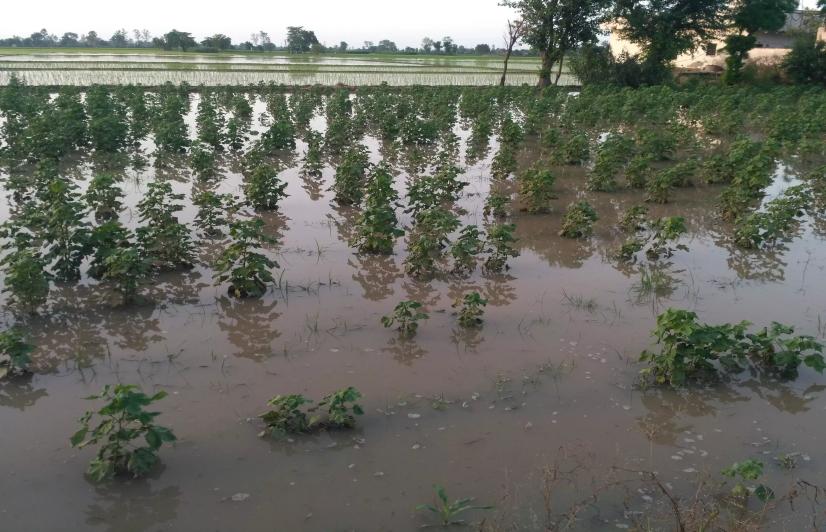 Bathinda, Punjab: Amrik Singh, 46, a Bathinda-based cotton farmer, was in despair after his entire crop on his three-acre land was destroyed by whitefly—a type of bug that feeds on the undersides of plant leaves—in 2017. After suffering losses, Singh decided not to sow cotton anymore and moved to cultivate other crops.

With Singh, there were hundreds of farmers who sustained the whitefly attack. In 2015, the whitefly attack on cotton fields had destroyed over 70% of the standing cotton crop and forced the state government to deliberate over the issue.

Experts and agricultural scientists have now brought the focus on beneficial insects, whose population has substantially eroded over the past years owing to the indiscriminate use of pesticides and chemicals by farmers in the state.

Alarmed by the attacks, the state government also formed a contingency plan in which farmers were advised to not use chemicals during the first 60 days of crop sowing. Whitefly is responsible for sucking the sap from leaves causing poor photosynthesis and for the transfer of leaf curl virus disease.

BD Sharma, Assistant Plant Protection Officer at Central Integrated Pest Management Centre, Jalandhar, said the indiscriminate use of pesticides had depleted the population of friendly insects including ladybird beetles, spiders and Chrysoperla as they come in direct contact with chemicals.

He explained that while the pests that destroy a crop mostly stay in one part of the plant, the friendly insects that predate on the pest have to keep on moving on the entire canopy in fields due to which they easily come in contact with chemicals sprayed on the crops.

“However, after sustained efforts, now the population of beneficial insects is improving in fields of farmers in Punjab,” said Sharma.

Many farmers in the state’s Malwa region, which is known for its cotton crop, have now started growing paddy and Basmati owing to the threats posed by the pests. Amrik Singh said the Minimum Support Price on paddy and the low risk of pest attacks has aided to the shift from cotton to paddy.

Long term use of pesticides has also made an impact on the fertility of the soil in Punjab and also on the microorganisms helpful in agriculture.

A study by Punjab Agricultural University (PAU), located in Ludhiana, stated that modern agriculture largely relies on the extensive application of agrochemicals, including inorganic fertilisers and pesticides.

“Indiscriminate, long-term and over-application of pesticides have severe effects on soil ecology that may lead to alterations in or the erosion of beneficial or plant probiotic soil microflora. Weathered soils lose their ability to sustain enhanced production of crops/grains on the same land. However, burgeoning concern about environmental pollution and the sustainable use of cropping land have emphasized inculcation of awareness and the wider application of tools, techniques and products that do not pollute the environment at all or have only meagre ecological concerns,” the study stated.

PAU has been conducting seminars and lectures on the importance of beneficial insects in agriculture for the farmers from far off areas of the state. Recently, the Department of Entomology in association with Indian Council of Agricultural Research held a seminar in which techniques of Integrated Pest Management—an approach to sustainably manage insect pests by combining biological, cultural, mechanical, physical and chemical tools in a way that minimises economic and environmental risks—were explained.