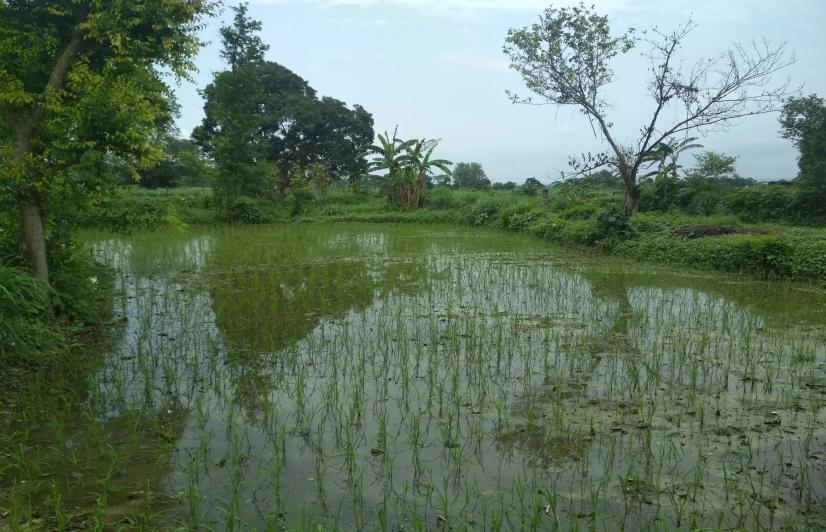 Rice trader Ummed Bora, a resident of Dudhli Ghat in Dehradun, has just started sowing of seeds for the Kasturi rice crop, an aromatic variety of rice. While there was hardly any rain during June, steady rainfall on the second week of July has given respite to the farmers in the region. July is when seeds of Kharif crops are sowed. Bora has also planted a Type-3 paddy crop, which is popularly known as Basmati rice. Known for its aroma, Doon Basmati is slowly losing its place in markets all over the world owing to the increasing urbanisation, pollution and lack of support from the government.

Vinod Bora, a resident of Dehradun, claimed that at one point the fragrance of the crop used to envelop the whole area. He said that when Basmati rice would be prepared, the aroma would reach the adjoining houses as well. While Basmati is still being grown in the area, he mentioned, the area under cultivation and the income generated from the crop have shrunk.

Even other types of Basmati rice—Haridwar-Saharanpur—is sold as Doon Basmati rice, he claimed.

Whether it is Dudhli Ghat or Majra, the vast farms growing Basmati rice have transformed into residential complexes and flats. Ummed claimed that farmers don’t get proper compensation for their crops, but they get good prices for the land. The farmers are attracted by the profits of selling their land, asserted Ummed. He said that after selling their land, they move to the towns for a job or child’s education, leaving their farms behind.

In 2017, Ummed revealed that he used to export a consignment of Basmati rice worth Rs 1.5 crore to Germany. The next year it came to Rs 50 lakh. The expected yield this year is 20-22 lakh.

Chaman Lal, a farmer, said the Basmati rice crop is very fragile and can’t withstand heavy winds. Rains are always playing havoc and it rains at a time when it affects the crop, he claimed.

He also blamed Suswa river for the low yield. He said there used to be a time when the water from the river could be consumed without giving it much thought, but now it is unfit for consumption, even for animals. As a testament to the rising pollution, he informed, the water has also turned black and is being circulated to the farms in Dudhli Ghat through canals for irrigation. The water brings garbage and medical waste to the farms, resulting in a low yield.

The contaminated water from Suswa river has affected the aroma, for which it used to be famous, stated Surya Prakash, a farmer. He said, “The river whose water we used to drink out of our cupped hands has turned into a sewer. Nature has changed, the weather has changed, rain patterns have changed and thus, the scent of the Doon Basmati has also vanished.”

S.S. Rasaily, Member Secretary of the Uttarakhand Biodiversity Board, informed that a study has been sanctioned to find the reasons behind the decreasing yield of Doon Basmati rice and the report is expected within a few months.

He informed that there is no provision for the storage of Basmati rice seeds and farmers take turns for storage and preparation of the seeds. While this ensures quality control, there is no way for someone to procure the seeds from the market, he stated.

Vinod Bhatt, a member of Navdanya—an NGO focusing on agricultural issues—and part of the study by Uttarakhand Biodiversity Board, said the area under which Basmati rice was being grown has reduced considerably in the last two decades. He said the yield of varieties like Kasturi, Pusa, Basmati 1, Pant 4 has also dropped.

In addition, he said, rising temperature, declining fertility of the soil, shortage of water for irrigation, change in rain patterns and usage of chemical fertilisers affect the taste and production of Doon Basmati.

At one point, the area around Dudhli Ghat and Majar used to be covered in a fragrance that rivals sandalwood or flowers. Doon Basmati, which had created a space for itself in the international market, is disappearing from the farms. Urbanisation, lack of awareness, water pollution and lack of support from the government has taken the crop on the verge of losing its place from plates across the globe.