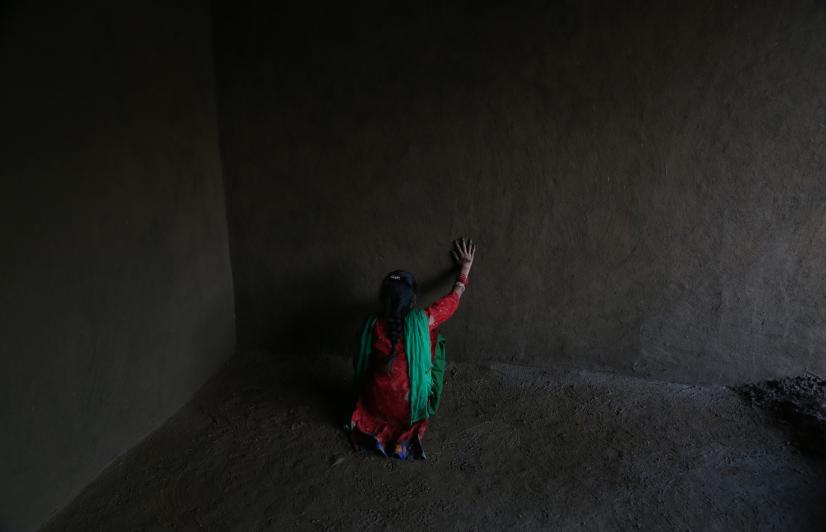 Udhampur, Jammu & Kashmir: “Marriage is all about hosting a big feast at your place, wearing new clothes, bangles and ornaments,” mentioned 13-year-old Punnu (name changed), who was allegedly forced into marriage with a 35-year-old man from Kaghote village in Ramnagar tehsil of Udhampur district in Jammu & Kashmir.

When asked about the medical complications arising out of marrying as a child, she stared blankly at her maternal aunt, with whom she has been staying since the arrest of her parents. “How would this innocent child know anything about the problems women face owing to early marriages! Her parents committed a big crime despite knowing everything,” stated her aunt.

After a complaint by the sarpanch, the Ramnagar police arrested six people, which include Punnu’s parents, the groom, the groom’s parents and the priest who carried out the wedding rituals. The accused have been booked under sections 9 (male adult marrying a child), 10 (abetment in child marriage) and 11 of the Prohibition of Child Marriage Act, 2006.

The district social welfare department has declared the marriage “invalid” and the child has been handed over to her maternal aunt through the Child Welfare Committee, Udhampur.

A senior police officer told 101Reporters that though they have already arrested six people, they will be taking action against anyone who was involved in the crime. If found guilty, they could find themselves being imprisoned for two years and pay a fine of Rs 1 lakh, the officer added.

Local journalists claim that the sarpanch (village head) Ramesh Chander was also present at the wedding and he knew about it since it was fixed in March, but didn’t inform the police about it. Chander told 101Reporters he had tried to convince the girl’s parents to wait until she attained legal age.

“However, to my surprise, on August 2, while I was in Udhampur, I was told on the phone that the child was married,” he added. In his defence, he also explained that since he is from the Thakur community, which is upper caste, he is not supposed to attend the wedding of anyone from the girl’s community, Megh, which falls under the Scheduled Caste category. He termed the news reports about his presence at the wedding as “baseless.”

He added that he filed a complaint with the police on August 10, and the police registered a first information report on August 11.

Rita Devi, the panch of the ward, stated that as soon as she heard that a teenage girl was set to be married off, she tried to prevent it by convincing her parents, who, according to her, told her that the girl is not underage and is 18-years-old. She added that she had also informed Chander about the issue.

“I feel sorry that I couldn’t report this matter to police. Had either of us, the sarpanch or I, reported about the wedding plans to the police, we could have prevented an underage from getting married.”

The sub-divisional police officer of Ramnagar, Gharu Ram Bhardwaj, stated that the investigation is underway and warned that people, irrespective of their influence, would be taken to task if they are found involved in the crime.