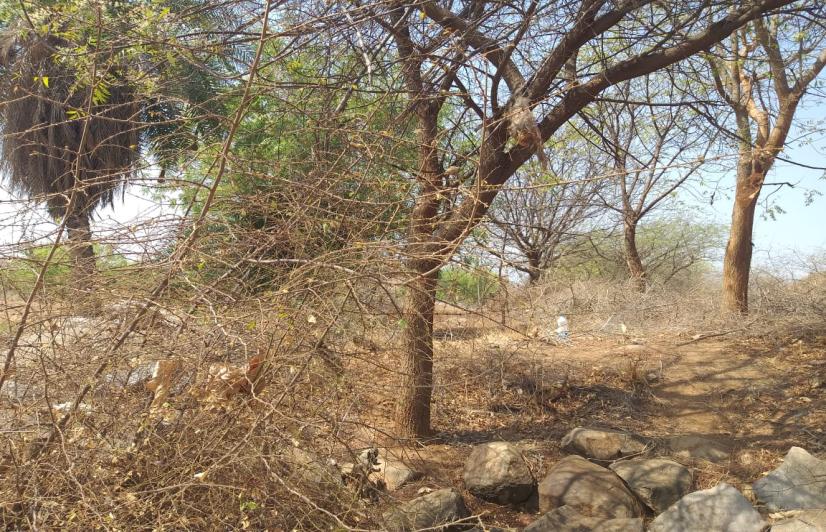 Raichur: On April 13, a few days before her birthday, a 23-years old engineering student of Navodaya Institute of Technology, Raichur went missing.

Soon after, the parents of the fifth-semester, civil engineering student had tried to register a missing person's complaint with the police. On April 16, she was found dead about 5-6 km from her college, behind the Manika Prabhu temple. Her body was half-burnt, found hanging from a tree and from the site, police recovered a note that stated, “I am the reason for my death.”

Owing to the suspicious circumstances under which her body was found, her parents wanted to register a complaint at the Nethajinagar police station alleging that their daughter had been raped and murdered. In her complaint, the mother of the victim alleged that her daughter's death was not a case of suicide because her body was half-burnt, when it was found hanging from a tree. After details of the police case emerged, several engineering and medical students from colleges in Raichur gathered to protest and seek justice for the victim. The All India Democratic Women's Association (AIDWA), All India Democratic Students Organisation (AIDSO), and members of All India Democratic Youth Organisation (AIDYO), Chetan Banare, Shankarappa Udhbal and Mahesh Chikalaparvi took out a silent march in Raichur on April 17 and 18.

Following the student protest, the police registered the parents' complaint under Indian penal Code (IPC) Section 302 and 376 for rape and murder. The police have arrested a suspect, Sudharshan Yadhav, a self-employed youth. “Sudharshan Yadhav has been arrested. After two days the post-mortem reports will be out. From the reports, we will know the clear cause of the death,” said Raichur SP, D. Kishore Babu.

Sudharshan, who is in his mid-twenties has been sent to 14-day judicial remand for interrogation, and is being charged under IPC Section 376. The victim's parents told the police that Sudharshan had been troubling their daughter since a few years and that they suspect he is responsible for her murder. “This is not a suicide because you can’t burn and hang yourself at the same time,” said the SP.

As Sudharshan's arrest had not been made public till much later, students took to the streets to protest police inaction. The girl's parents had also alleged that the police had initially refused to file a missing person's complaint stating that she was not a minor. Friends of the victim had seen her attending classes in the morning of April 13, but she went missing later in day and hadn't informed them before leaving the college. According to police officials who examined the CCTV footage from Navodaya Institute of Technology,  the recordings show the girl enter the college in the morning, but there is no sign of her leaving the campus.

Student union leader, Shivu  (complete name needed) said, “Like the victim's parents and friends suspected, Sudharshan has been arrested.  We will not let go of this case till she and her family get justice. There has been some confusion leading to theories around her committing suicide, but her body was half-burnt before it was hanged. We think she was forced into writing the note found near her body. We will wait for the police to take action once they get the post-mortem reports.”

Another student union member shared, “We are not going to stop protesting till we get to know the truth. If she doesn’t get justice, we the students of Raichur will protest day and night without food and water till justice is done.”

Vashanth  (complete name needed), the girl’s classmate at Navodaya Institute of Technologysaid, “She was a brave and brilliant girl, who never got involved in anything other than her studies. She was very silent and studious. It is painful to see what happened to her.”

This case has got a lot of attention from students across Raichur and beyond. A social media signature campaign has gone viral and gathered over 1 lakh signatures by Saturday, April 20. Sulochana (complete name needed), Head of AIDWA said, “What happened to her was very wrong. It is also very disturbing to see how cruelly her life ended at such a young age. We will stand by her family till she gets justice and the truth gets out. We plan to protest in a bigger way in the future.”